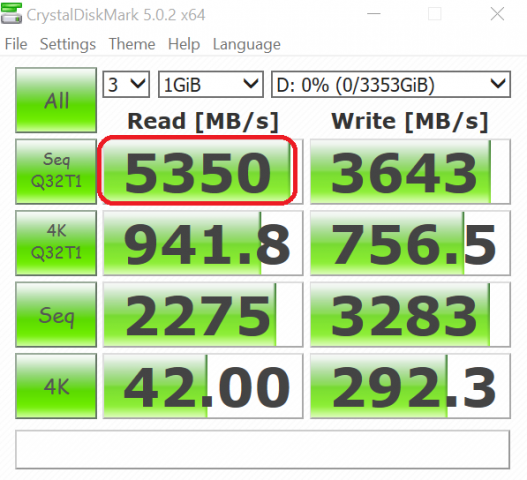 Crystal DiskMark provided great results with our high transfer speed of 5.3GB/s, a definite accomplishment for any three SSD scenario.

Considering that we are now testing with 100% incompressible data, these results are just as impressive.  Any storage setup that brings in over 500K IOPS is definitely capable of some great workloads.

Better yet, it isn’t often that we are seeing realistic load transfer speeds of 2.6GB/s where this ISO file was transferred in less than a second.

Once again, we are seeing results that are a bit low but thought we might see what we can pull off for read and write IOPS.