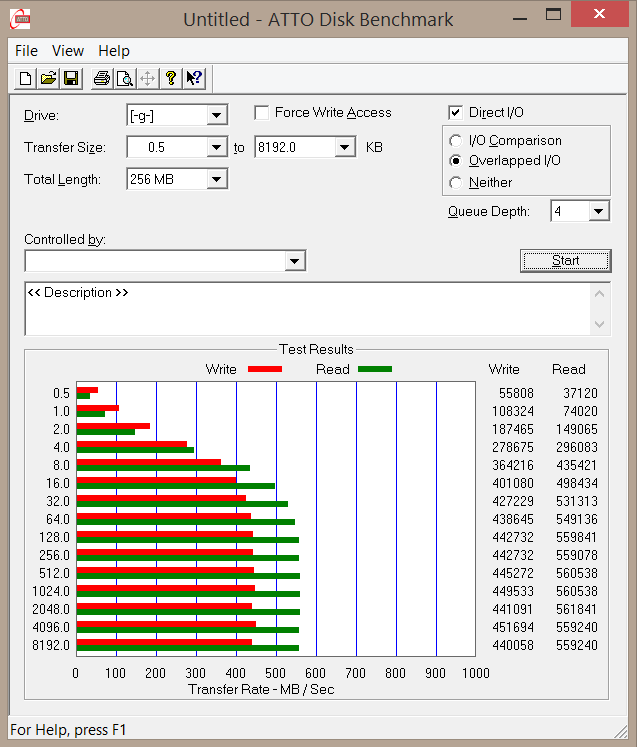 The picture presented here has been consistent with the SM2246EN controller for all reports. As much as we may wish to see higher write performance equal to that of upper-tier SSDs today, this SSD does a great job of pushing up its data transfer speeds right from the 4K file size.  In addition, the gradual and steady progression of performance displays the characteristics of an excellent solid state drive.

Crystal Disk Benchmark is used to measure read and write performance through sampling of highly compressible data (oFill/1Fill), or random data which is, for the most part, incompressible. Performance is virtually identical, regardless of data sample so we have included only that using random data samples. 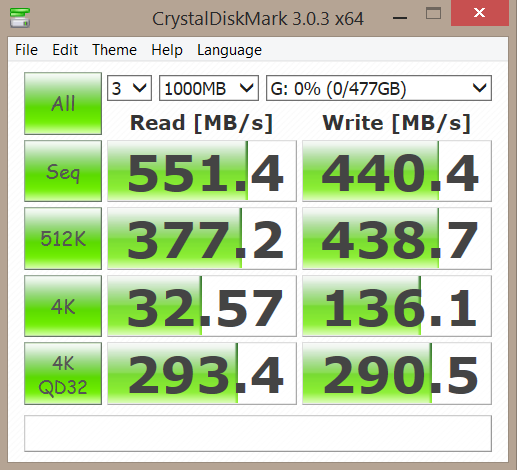 We have had some pretty interesting discussions with industry peers about this controllers performance, the central theme very evident here. As much as write performance may not be above the 500MB/s mark, the performance shown with incompressible data is just as strong as that of compressible data and 440MB/s for a high sequential write transfer speed is excellent. 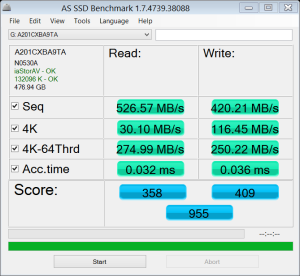 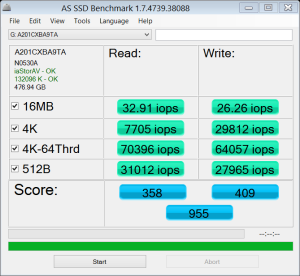 The high sequential reads and writes are well represented once again and AS SSD gives us the opportunity to get our first look at IOPS highs of 70396 read and 64057 write; these being decent.  Similarly, ISO and Game transfer speeds are where we would like to see them in this AS SSD Copy Bench test: 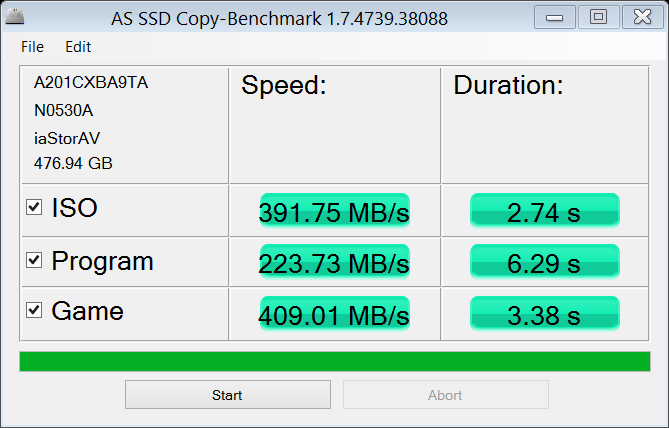 AS SSD Copy Bench is a very straightforward ‘true to life’ benchmark where three files are moved from one part of the SSD to another, the end result being the maximum speed in that transfer, as well as the time it takes to move that file.