Silicon Motion (SMI)  has met with success as of late with release of their  SM2246EN SATA 3 SSD controller.  It was just under a year ago that we sat with Robert Fan to discuss the future of SM2246EN, while today it can be found in the PNY Optima, Corsair LX, as well as the ADATA SP610 of this report. Our initial thoughts with respect to the SM2246EN were that its success was depend on two things, value and performance.  We believe ADATA may have found just that mix in the SP610 and our opinion is that this report is indicative of just that success we hope to see in many of today’s SSD purchases. 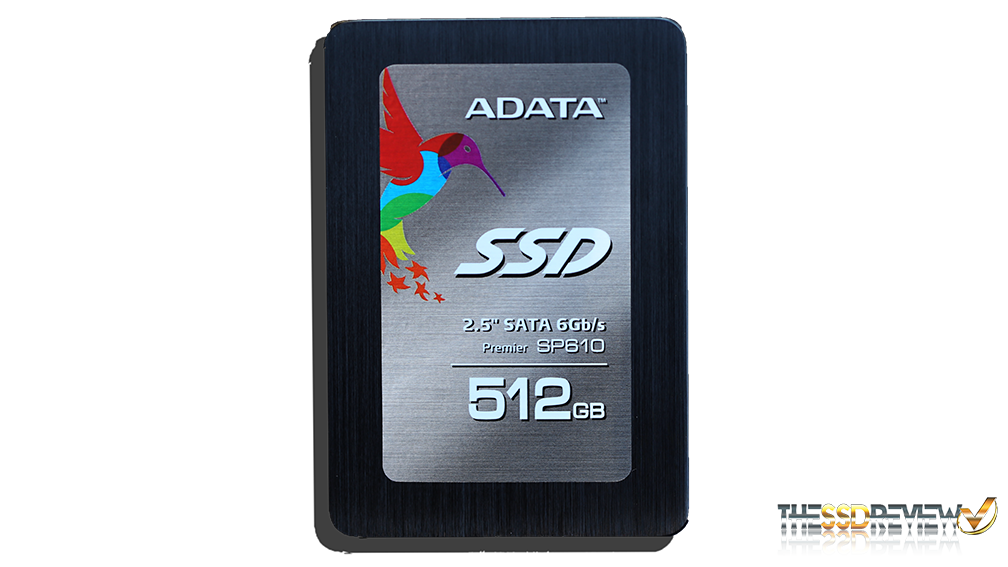 ADATA recognized an opening in the SSD market where they could introduce a strong performing SSD at a very competitive price; this is the SP610.  It is available in capacities of 128, 256 and 512GB, as well as 1TB,  and comes with a 3.5″ desktop adapter, Acronis True ImageHD, installation and migration instructions, along with a 3 year warranty. Performance is listed directly on the exterior packaging as 560MB/s read and 450MB/s write performance, with listed specifications also detailing IOPS of 73K read and 72K write. Performance drops significantly at lower capacities with listed specs detailing 290MB/s write speeds for the 256GB capacity and 150MB/s for the 128GB capacity.

The exterior shell of the ADATA SP610 SSD protects the interior components and is constructed of a metal two-piece casing that is held together by four screws on the sides of the SSD.  One of the screws is covered with security tape that would void any warranty if damaged.

A look at the front of the PCB displays the Silicon Motion (SMI) SM2246EN four channel SATA 3 controller, along with a module of NANYA 256MB DDR3 DRAM cache memory.