A few weeks back, we posted an article that stated our opinion of the new Apple MBA as being one of the top ultraportable laptops available today, and quite possibly, untouchable.  The backlash from Sony fans was amazing, many clearly noting that we hadn’t tested, or included, the new VAIO 13 Pro as a comparison system in that report…and they were right.  After looking into the VAIO Pro 13 specs a bit more closely, we felt that a definite contender had been excluded and, thanks to Sony, a VAIO Pro 13 was received for analysis not a week later. 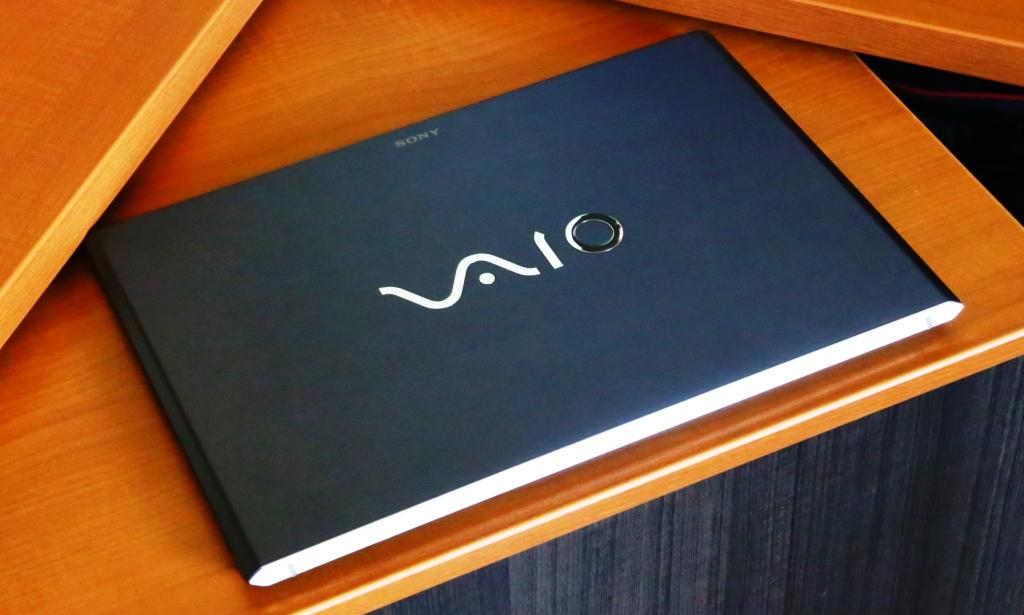 In doing our background, we were impressed with the seemingly consistent accolades awarded to the VAIO Pro 13, many by top sites stating that this was an ‘Almost Perfect Notebook’. After all,  it has an IPS 1920×1080 screen, is worlds lightest 13″ ultra at only 2.37 lbs, and SSD performance of 1GB/s would qualify the VAIO Pro 13 as the worlds fastest ultra. Also knowing that  the VAIO Pro 13 contains the Samsung XP941 PCIe SSD that we had just reviewed, we believed that this ultrabook was well on it’s way to giving the MBA a run for its money.  In fact, our first impression was such that we had already  negotiated a price for retention of this ultrabook for future PCIe testing at TSSDR.

Something not many people are aware of is that there are actually two physically different Sony VAIO Pro 13 ultrabook configurations being distributed, those that have been constructed for pre-configured sales and those for custom build.  Pre-configured configurations may use a SATA based PCIe SSD, while all custom builds use a much higher performing native PCIe SSD.  We were a bit confused as Sony was clearly advertising ‘PCIe solid state drive’ in its configurations worldwide, and even stating that the PCIe ‘booted-up faster, launched apps at lightning speeds and enjoy snappier overall performance capabilities versus a traditional mSATA SSD drive’  In the case of pre-configured SATA PCIe SSD systems, this marketing is incorrect.

This situation affected us directly as the Sony VAIO Pro 13 we received from Sony was a pre-configured model and contains a SATA based PCIe SSD, actually resulting in lower performance than the previous gen mSATA configuration.  We spoke with Sony.  Sony marketing confirmed to us that pre-configured models may or may not contain a SATA PCIE SSDs and that one of Canada’s VAIO Pro 13 pre-configurations contain a SATA PCIe SSD.  Although Sony wouldn’t confirm such, we were well aware that there was no way to identify one configuration from the next.  We knew this because the system we received for evaluation is SATA PCIe SSD based.  The perfomance difference between both systems is significant.  Later in our report, we will provide actual performance metrics and speak further on the difference between configurations.

Getting away from PCIe SSD performance for just a moment, Sony has definitely put alot of time and effort into making the Haswell based Sony VAIO Pro 13 one of the best ultrabooks on the market.  Measuring 12.68″ x 8.5 x .68″ and weighing a mere 2.34lbs, the VAIO Pro 13 takes its place on the podium as the lightest 13″ ultrabook in the world.  It is available in silver or black and constructed of very durable carbon fiber which provides flex that some like and some do not.  The screen is one of the first IPS ultra screens available and has a 1920 x 1080p touchscreen with TRILUMINOS display.

Only the power port can be found on the left side of the Pro 13 along with the fan vents. Our testing consisted of a period of just over 16 hours and we found the fan to be on at all times and loud in comparison to other systems, as well as the unit becoming relatively hot when being used in ones lap.  On the right side, there is a HDMI port, 2 x USB 3.0, a headphone jack and SD card slot.  It is always great to see a SD card slot, especially where future storage needs can be solved with a 64/128GB SD card quickly and at a decent price.

The Sony  VAIO Pro 13 Touchscreen ultrabook contains very shallow island style backlit keys that are silent to the touch.  Ww found the trackpad to be easy to manipulate and smooth, just as we did the touchscreen.  Along the top of the screen is a protective rubber seal that prevents metal to metal (or glass) contact when the system is closed.  Sony also includes an ‘Assist’ button that is held down when starting the VAIO Pro 13, should they need to reset or check the stability of the system for any reason.

We were able to pull just over 6 hours battery life from the VAIO Pro 13 in normal use which is very good for a Windows based ultrabook.  Even when we compare the Apple MBA  which will surpass the 12 hour mark in OSX, it doesn’t get anywhere near that when we are running the same system in Windows mode.