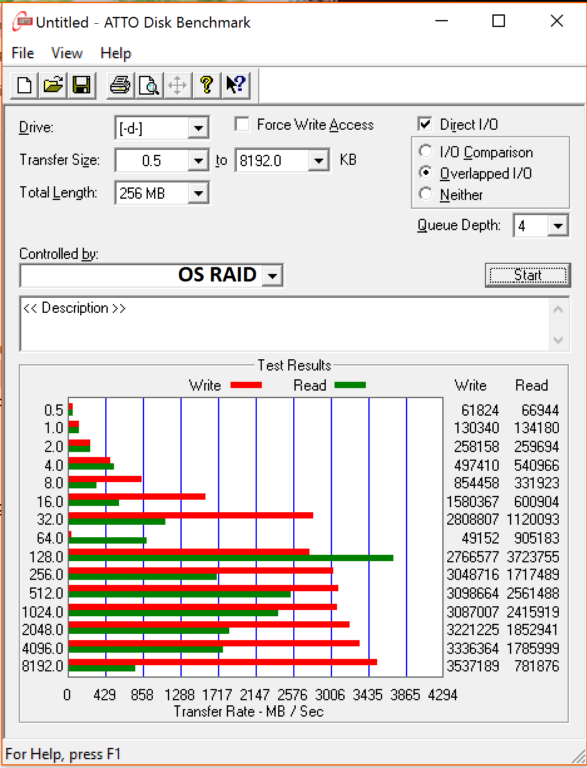 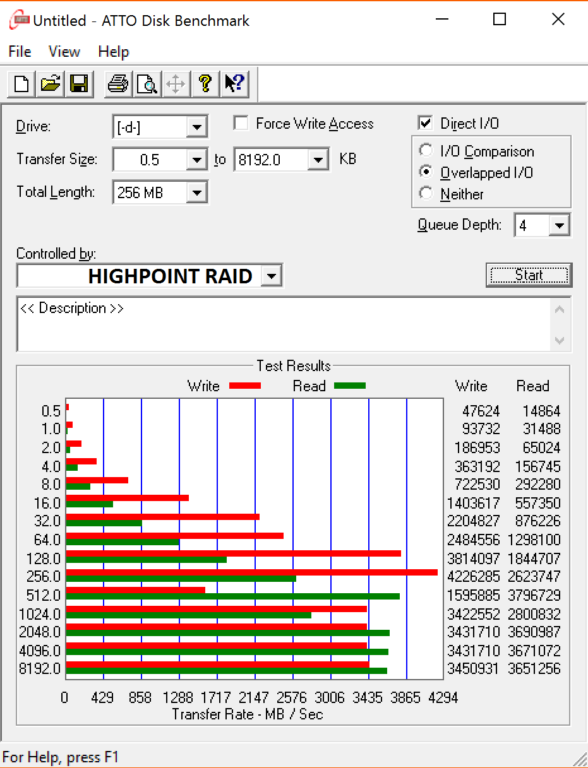 Both results appear to underachieve regardless of the RAID configuration chosen.  As well, we would like to see a gradual performance increase as sample data size increases but this is not the case in either result.  This is a perfect opportunity to mention that, most likely, this device hasn’t been fine tuned for such software as we see with many consumer SSDs.

Crystal Disk Benchmark is used to measure read and write performance through sampling of random data which is, for the most part, incompressible. Performance is virtually identical, regardless of data sample so we have included only that using random data samples.  Remember OS left and HighPoint RAID right. 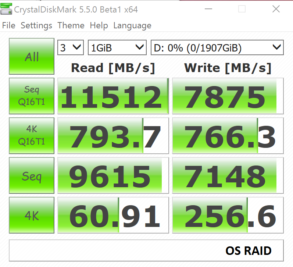 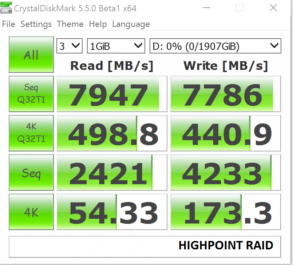 Both of these results floored us as we never expected to get anywhere near 10GB/s.  It would be great to see consistency in our other tests so let’s keep our fingers crossed. 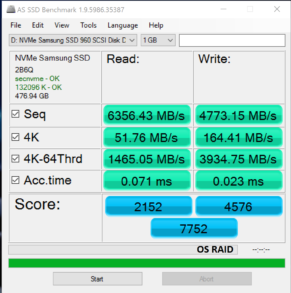 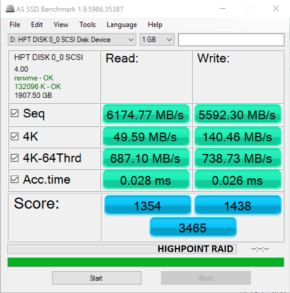 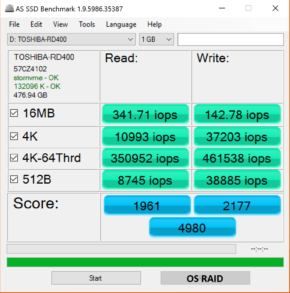 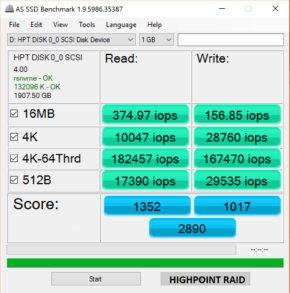 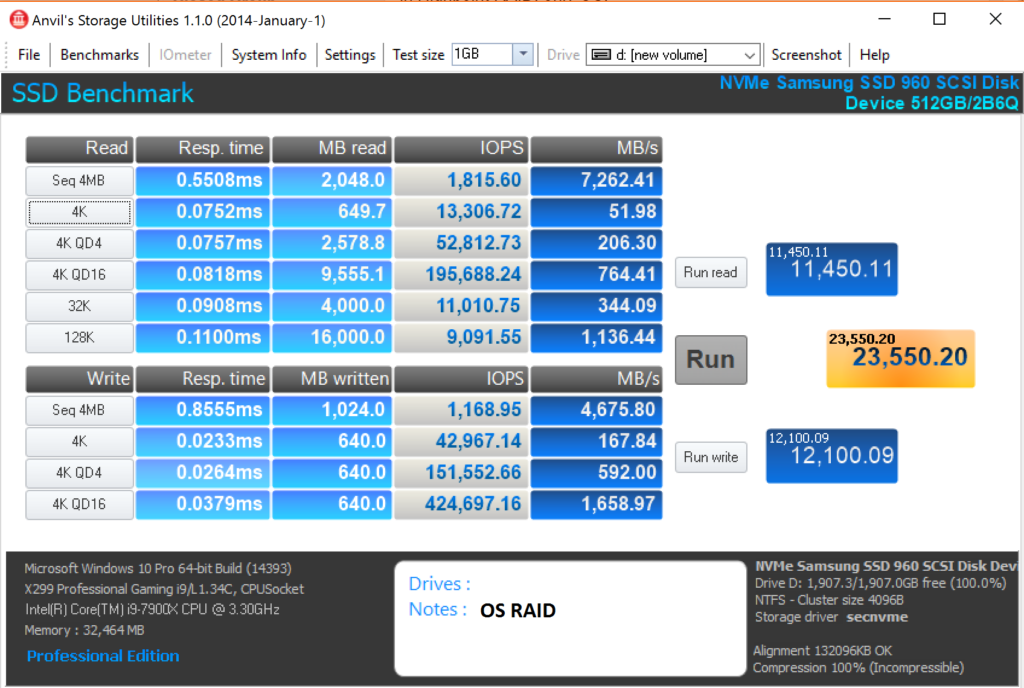 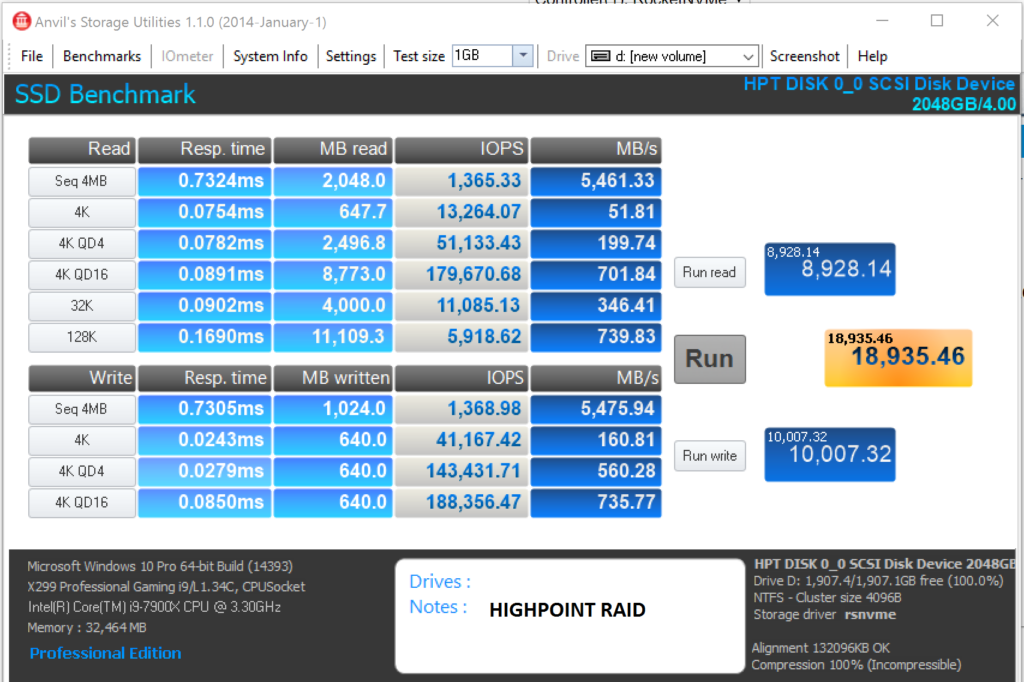