It is not often that we dedicate the time to looking at an SSD that has been reworked simply through firmware, but our review today of the Western Digital Black SN750 NVMe SSD is just that.  Physically, this SSD holds the same level of components as the WD Black/SanDisk Extreme pro Report we did just about a year ago.  We will be the first to say there may be minor variances in the memory, an obvious fact as the product number has changed but for the most part, it is the same 3D 64-layer TLC NAND flash memory we have in the previous release.  So…  let’s take a look at this new SN750 and see exactly why it merits a new report. 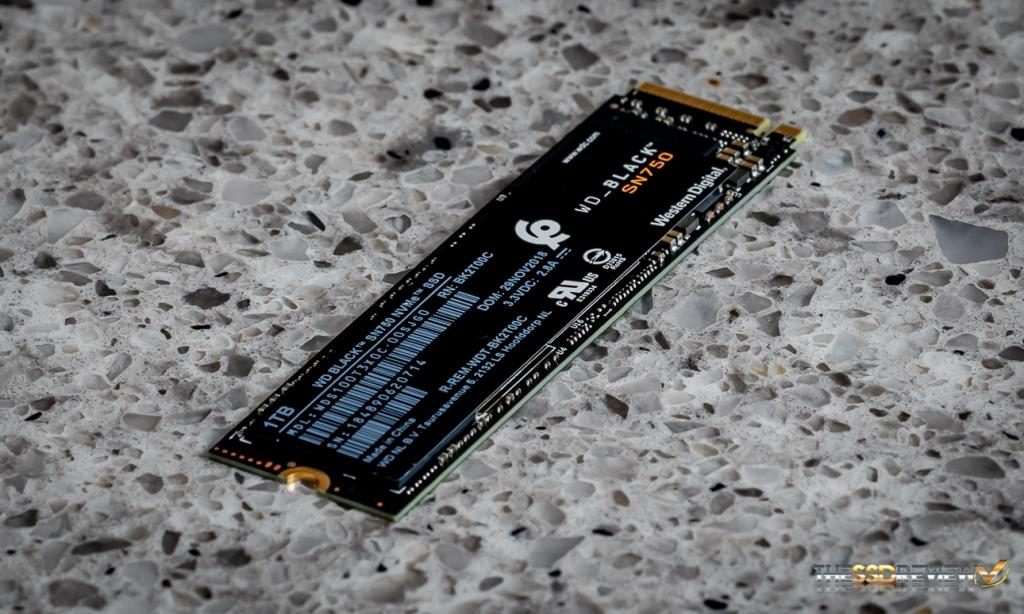 In our testing of the SN750, we have experienced absolutely no heat concerns but WD speaks of a purchase option with a matching EKWB heatsink as pictured here, but we haven’t seen availability as of yet.

As we had stated earlier, this SSD is the spitting image of the previous release WD Black.  It utilizes their custom NVMe controller, two packages of SanDisk 3D 64-layer TLC NAND flash memory and a SKHynix DRAM cache ic. WD speaks to SLC cache technology which we discussed in most recent reports.  For the most part, this is sold as the reason for SSD performance gain, however, its use is twofold with respect to the newer 3D TLC memory as it is required to reach those performance benchmarks, unlike previous SSDs.  The ‘hiccup’ if you will of an SLC cache is that, once that cache fills, performance of the SSD drops significantly.  We have addressed this significantly and will certainly do so here if it becomes evident.

This is a one-sided SSD which means that each NAND memory chip has a RAW value of 512GB storage.  After the SSD is formatted, there is 931GB of storage space available to the user. Endurance is rated at 1200TBW for the 2TB model, and reduces by half for each lower version.  Peak power is rated at 2.8A max, 100mW low power and 2.5mW in sleep mode.