In May of 2016, we published a report from Computex that described the latest ADATA line and their continued willingness to support a number of SSD controllers within their SSD designs.  The report is here.  Within their line was a new notebook SSD that was being aimed directly at the consumer with what was expected to be a very low price point.  The SSD is the ADATA SU700 and the SSD controller is a SATA 3 controller from a new company called Maxiotek.  It is the Maxiotek MK8115 shown here… 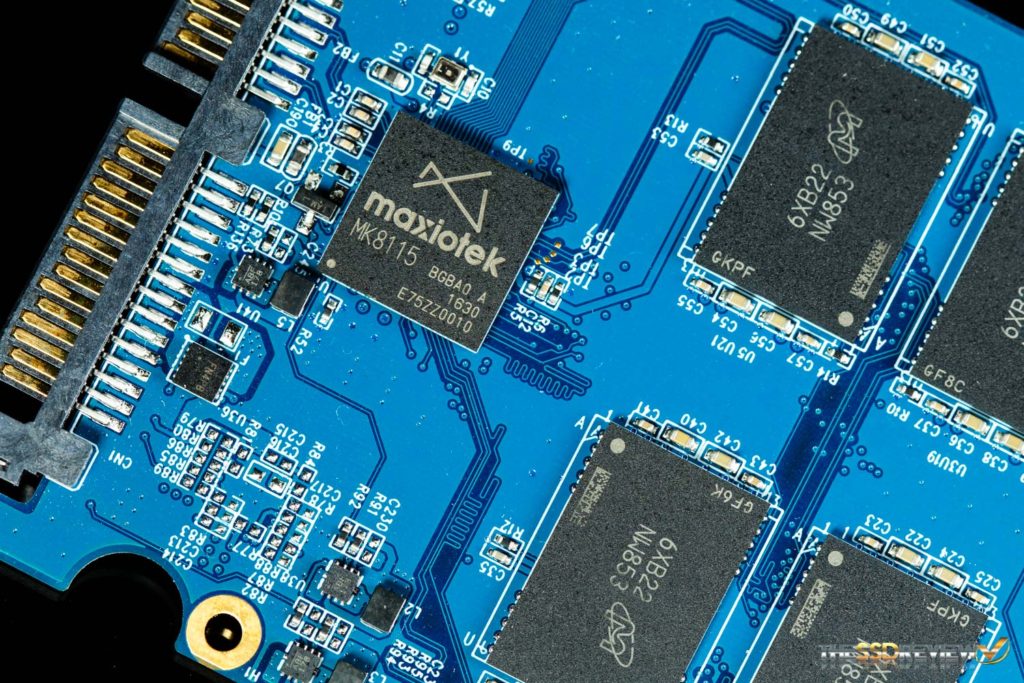 Maxiotek, as it stands, is a new company created by JMicron.  For who have been around the SSD world a while, JMicron was one of the first and largest manufacturers of SSD controllers.  In fact, they were doing quite well until their distribution of their JMF602 series controller, a controller that literally caused panic within a booming SSD industry.  The problem with this controller was such that it had horrible latency or, in more simplistic terms, it ‘stuttered’ when data was being transferred.  It became known as the JMicron ‘Stuttering’ controller and to give you an idea of what an affect it had on the industry, these companies all jumped in on its release: AData, G-Skill, Kingston, OCZ, Patriot, PQI, Runcore, Solidata, Supertalent and Transcend.  That equates to alot of bad SSDs coming out when the industry was just entering a ‘boom’… and a cut in the flash industry that has left one heck of a scar, even today.  If you are still unclear as to latency, check out our article, ‘SSD Throughput, Latency and IOPS Explained‘.

So today… we are taking a test drive of a brand new controller.. from  brand new company, a controller that is in SSD intended to hit the industry at an excellent value point for the consumer.

A BIT ABOUT THE MAXIOTEK MK8115 CONTROLLER

TheMaxiotek MK8115 is a 4-channel SATA 3 SSD controller that supports SLC/TLC and MLC memory up to current 3D designs and provides for a maximum SSD capacity of 1TB.  Pseudo-SLC caching is supported, as is 256-bit AES encryption and SSD performance of this controller is typical of what we might see in a SATA 3 SSD.  This controller is also a DRAM-less controller.

For our testing today, Maxiotek supplied us with two SSDs containing both 3D TLC and MLC memory, and with different firmware versions, FW 0208a and FW 0206b.

For a comparable look at the 3D memory, our review of the Crucial MX300 SATA 3 SSD uses this 3D TLC memory as well.