As shown in this picture, there is an  additional gap pad between the other major heat sources (controller and NAND) and the outer case. This pad dissipates heat to the outer case. 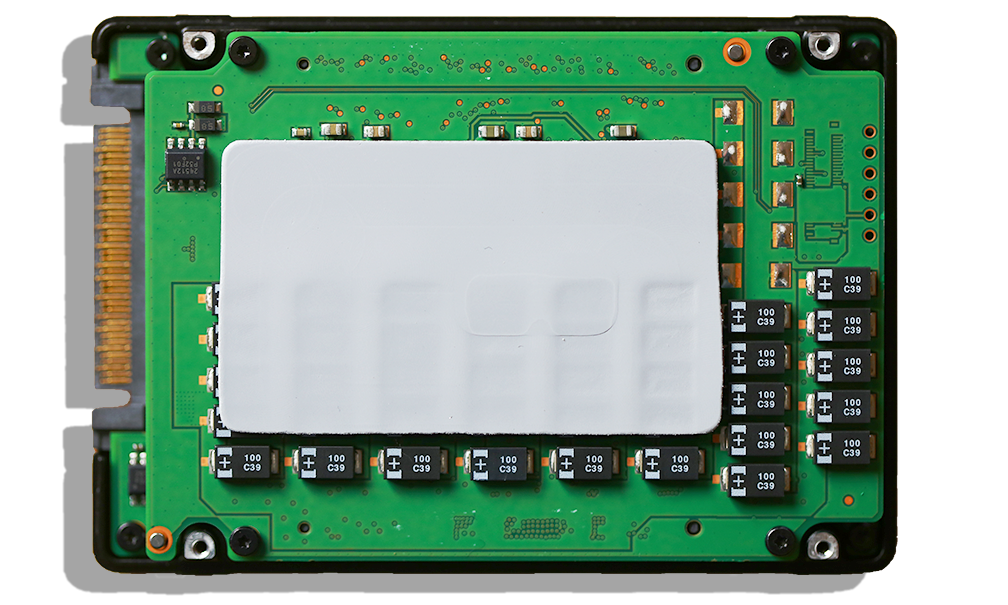 Once the drive was fully disassembled, we got a great look at the NVMe flash controller that makes the XS1715 tick.  To our surprise, it was a PMC-Sierra controller.  In order to make full sense of this, we need to take a trip back to 2009 when IDT and Micron got together to co-develop PCIe-based flash controllers.  The fruit of this effort was the flash controller used in the highly respected Micron P320h and P420m.  IDT also leveraged that development to release multiple NVMe controllers under their name. 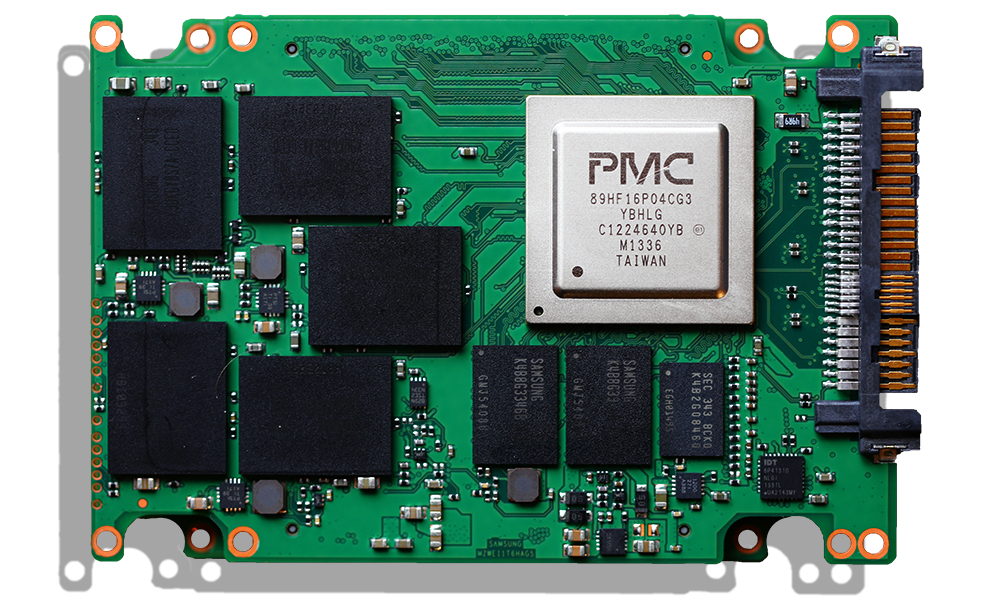 Fast-forward to the summer of 2013 when IDT sold off their entire enterprise flash storage business to PMC-Sierra for a cool $96M.  This was a great acquisition for PMC-Sierra because the next battleground for storage is PCIe/NVMe and they were able to pick up IP and engineers that helped lay the ground floor.  It also aligns well with Adaptec, a PMC-Sierra company that was acquired in 2010. This 16-channel controller is attached to 16 different NAND packages. 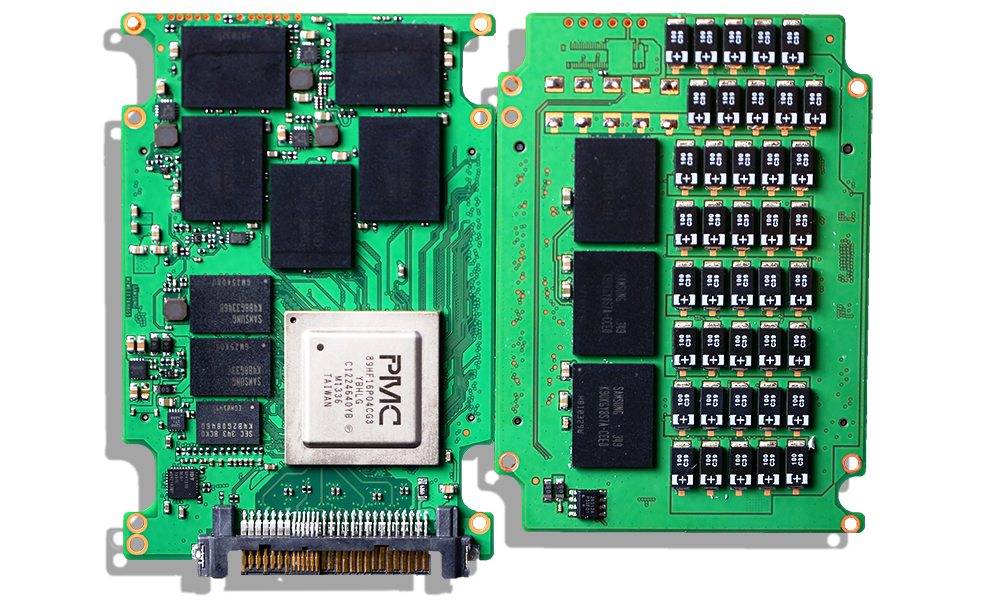 The above picture depicts the two outer PCBs, containing the controller, 8 modules of Samsung eMLC NAND flash memory, a very large board of capacitors, along with 2GB of DDR3 DRAM. Taking a look at the below shot, notice how both sides of the PCB fit into one another: 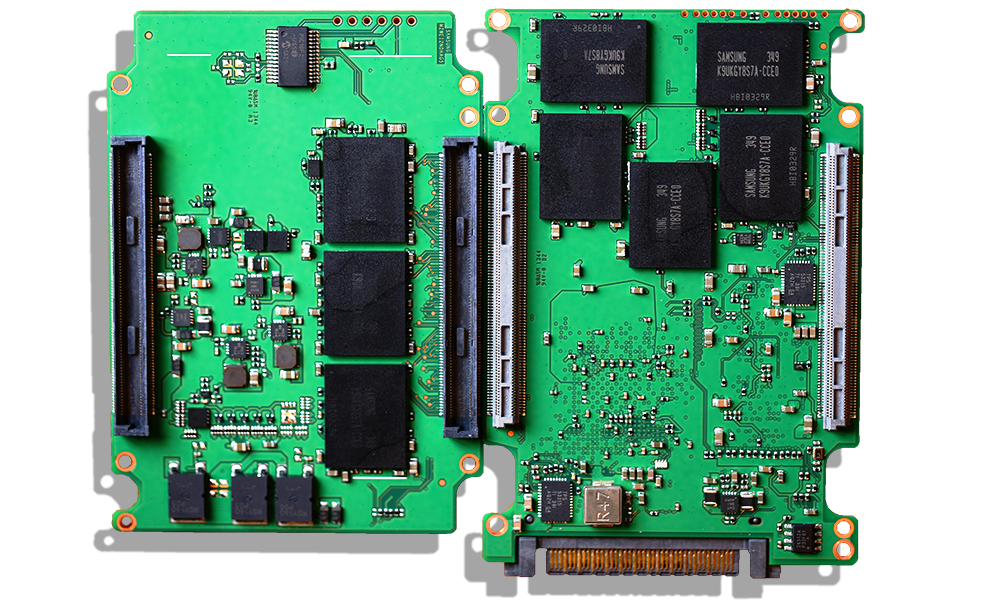 As we mentioned earlier, the XS1715 is the first SFF-8639 product that we have tested.  The first issue we had to overcome was how in the world to connect this to our test benches.  There are a couple of servers that have native connectivity, but we didn’t have any on hand.  Luckily, Samsung sent along a PCIe adapter, with cabling, to get us going. 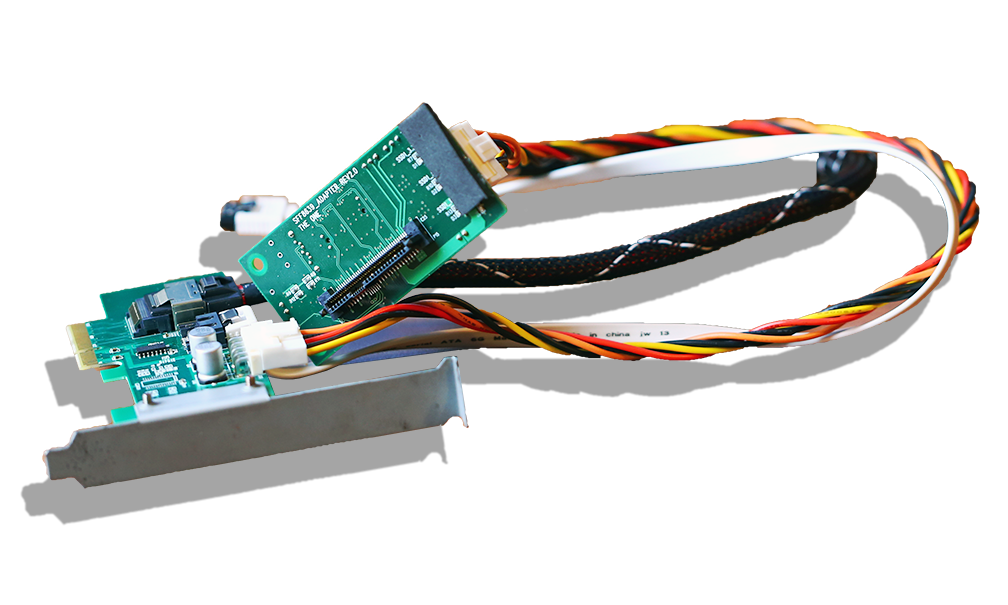 We also called in a favor to our friends at Serial Cables and they sent us out their PCIe adapter module, the PCI-AD-x439-01.  This card did a great job of connecting our SFF-8639 drive to our host system.  For our purposes, this product was probably overkill.  It provides many options that are useful to developers such as voltage rail monitoring and inputs for external power. 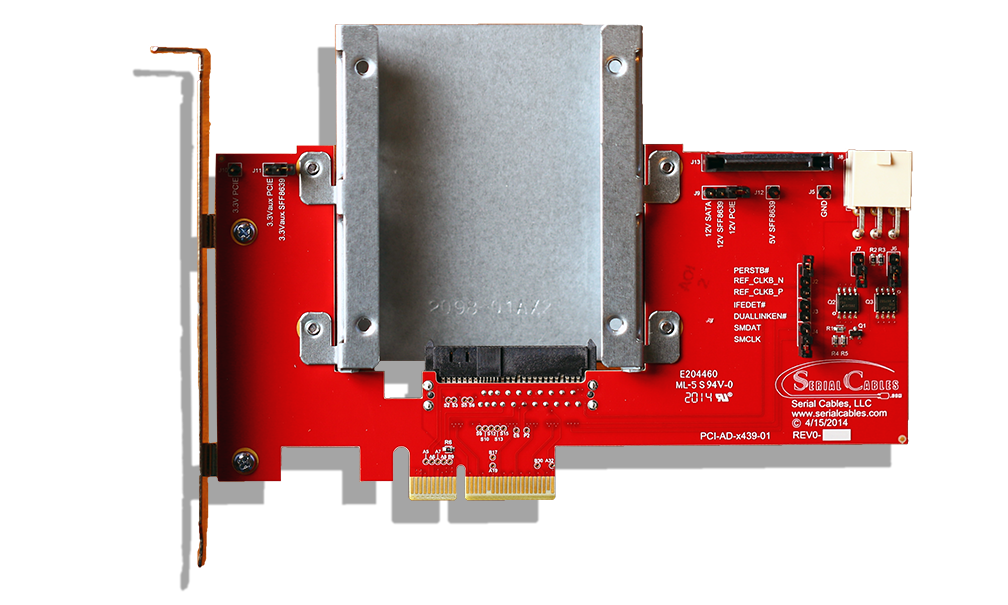 Finally, unlike the Intel SSD DC P3700 which can use either the built-in driver or one supplied by Intel, the XS1715 relied totally on the driver that is built into the operating system.  Since this is an OEM product, Samsung allows the OEM customers to control the experience within their own ecosystem.  So, for example, if you buy a Dell PowerEdge R920 series server you can select this drive (rebranded as the PowerEdge Express Flash NVMe SSD).  It is up to Dell to provide any custom driver to support any additional functionality beyond the base NVMe specification.