When we reviewed  the Intel SSD DC P3700 earlier this year, it was our first chance to get a really good look at what NVMe could do for storage.  As a quick refresher, Non-Volatile Memory Express (NVMe) is a protocol that is set to replace AHCI for storage.  It leverages PCIe as the physical interconnect, specifically PCIe x4 Gen3, which has a theoretical bandwidth of 4GB/s in each direction. 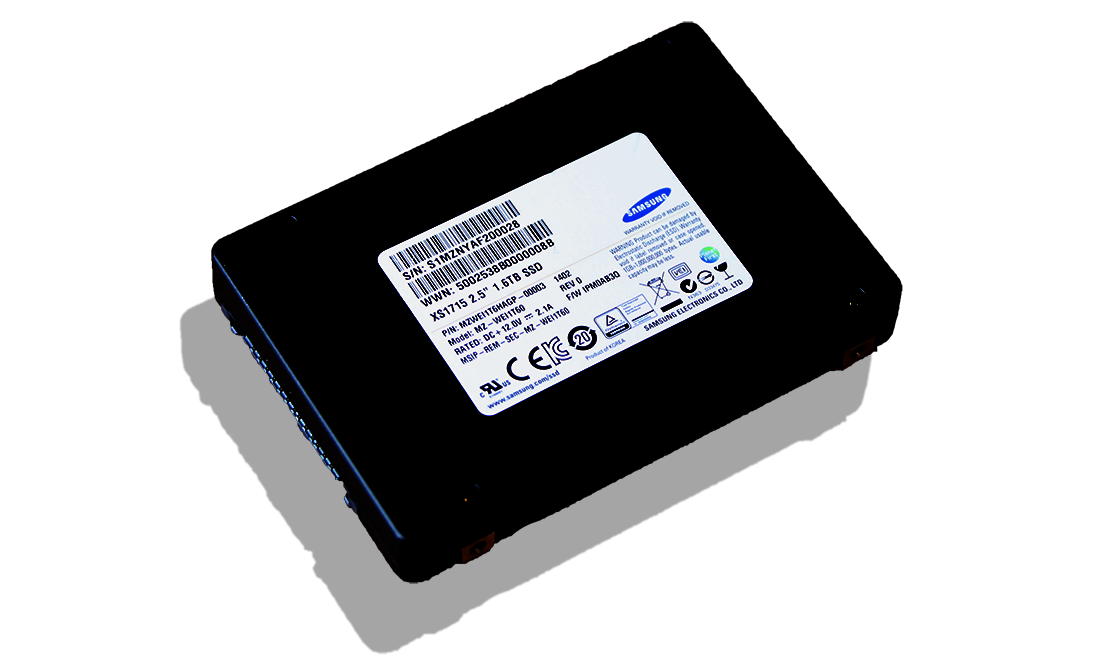 It also allows for reduced overhead and latency in the storage path.  For enterprise, you will typically see NVMe technology split between two form-factors.  The first, which we are very accustomed to, is a PCIe add-in card.  We have always observed the highest performing SSDs in this form-factor.  The second form-factor, 2.5″ (SFF-8639), is a little more of a mystery.

SFF-8639 is actually just a connector specification, but it is the spec to end all specs.  Looking at the connector you will notice that it looks almost like a typical SAS connector (SFF-8482).  The difference is that all of the unused space on the connector is now used for PCIe data, sideband and clock lines.  The best part about SFF-8639 is that it is backwards compatible with SATA and SAS-based drives.  But, in order to take advantage of this flexibility, you have to have a host and a drive that are speaking the same language.  This means that just because a SAS drive will physically connect to the SFF-8639 connector doesn’t necessarily mean the host supports SAS across the cable.

Currently, most SFF-8639-based drives come in a 2.5″, 15mm enclosure.  This size should be familiar to most enterprise customers because that size is used for most 2.5″ enterprise hot-swapable drive bays.  This allows for servers to use the SFF-8639 connector for all of their 2.5″ storage needs.

Even though companies have been producing PCIe connected SSDs in this form-factor for over a year, we have yet to test one.  In most cases, we review the PCIe add-in cards that share the same architecture.  That all changed when we got a chance to test the Samsung SX1715.

The XS1715 is what, in the car world, you would call a ‘sleeper’.  The matte black enclosure and to-the-point labeling does not do justice to the fire-breathing monster that hides beneath.  When you pick up a PCIe SSD card you expect it to be fast.  In most cases, the bigger the card, the faster it performs.  The XS1715 gives you no such confidence.  But once you plug it in and start testing, you will quickly realize that this is one of the fastest SSDs on the market.

Specifications are never an end-all, but they give you a good starting point and the XS1715 starts off strong.  The read performance is downright amazing.  At 3GB/s and 750,000 IOPS for sequential and random performance, the XS1715 is in a select group.  While the Micron P320h and P420m both post similar results, they require a half-height, half-length PCIe add-in card.  Their 2.5″ PCIe cousins can only hit about 60% of that.  Even the mighty Intel P3700 can’t come close to matching those numbers.

The write performance is another story.  While we would never scoff at 1.4GB/s and 115,000 IOPS, the XS1715 is about 25% slower that the Intel P3700 at identical capacities.  We will have to see how that affects the results of our mixed workload tests.

At 5.6 drive writes per day (DWPD), the XS1715 is more than capable of handling mixed workloads.  It isn’t quite up to the 10 DWPD of the Intel P3700 or even the Samsung 845DC PRO, but it is well ahead of normal MLC-based SSDs.

One issue that we do have concerns with is the power rating.  The XS1715, like many other 2.5″ PCIe SSDs, draws up to 25W of power.  You need to make sure that you have adequate cooling, otherwise you risk overheating the drive.  We took no chances and pointed a secondary fan directly at the drive.  Even then, the drive was still warm to the touch after testing.

Like most of Samsung’s enterprise drives, the XS1715 is decked out in all black.  After unscrewing a couple of very non-standard pentalobe screws, we see what makes this drive tick.  Unfortunately, Samsung was not very forthcoming with exact specifications of the NAND and flash controller.  What we do know is that the XS1715 has 20nm-class enterprise MLC (eMLC) NAND.  With Samsung parading its 3D V-NAND on other enterprise and datacenter products, it was a little disappointing to see regular planar NAND, but Samsung just announced the SM1715, which will use 3D V-NAND.  With that said, the eMLC used on the XS1715 is by no means a slouch.

The overall design of the XS1715 is quite impressive.  The metal case houses two PCBs, which connect via two high-density connectors.  Between the two PCBs is a large thermal gap pad.