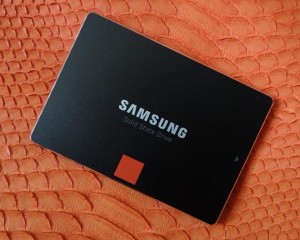 If I were to read an SSD review where the author spoke of traveling 6623 miles to personally receive a sample SSD, only to return those 6623 miles, conduct analysis and write a report on that SSD, I’d tell him that he’d lost his marbles.

Having just returned from the Samsung 2012 SSD Summit in Seoul, South Korea, and just completed review of the worlds first TLC based Samsung 840 SSD however, we are saying just that.

To even attempt to constrain this event within a few pages of an SSD report could not be done so let’s suffice to say that this is going to be one tough experience to beat.  From amazing first class Samsung treatment to such things as a visit to the Changdeokgung Palace dating back to 1395, gaming in a ‘Samsung Activated’ Seoul PC Bang, touring the Samsung d’Light Experience in Seoul and being part of the worlds first group to tour the Samsung NAND flash facility, this was one amazing adventure.

We would like to bring you a ton of pictures from the facility, however, photography was strictly forbidden once entering the main gate and each and every camera was subject to having their lenses covered with security stickers or, in the case of larger cameras, their sealing in a special security bag to ensure that absloutely no accidental pictures are grabbed of what is truly Samsung’s own ‘Top Secret’ facility.  These are but a few stock photos provided of the facility.

The sole reason we felt it so important to include these photos in this report is that, if you think about it, this just may be the birthplace of the Samsung SSD. Click on any photograph or chart within our report for ‘high res’ photos.

Although this report will provide analysis and opinion of the Samsung 840 Series consumer SSD, it is just as important to mention our recent review of the Samsung 840 Series Pro enthusiast and it’s analysis result one of the top SSDs we have tested to date when considering all the facets important to SSD success.  It has earned our Editor’s Choice Award and deservedly so.

The first thing that might catch your eye with respect to the regular Samsung 840 SSD might be that it is the first official triple level cell (TLC) SSD to hit the streets but, at the 2012 Samsung SSD Summit, a statement was made that will have other manufacturers paying close attention to the 840.  Samsung believes that this TLC SSD will surpass the life expectancy of most typical MLC SSDs on the market today.

In all fairness, Samsung made it very clear that they had no interest in discussing specific lifespan metrics but to stand by the fact that they were certain it would surpass the total lifespan of many MLC SSDs on the market.  In fact, watch closely in the next month as the Samsung SSD campaign hits high gear and the new 840 makes it’s way to more countries than ever before and just about every e-tailer imaginable.  Here is a look at some of the adverts that may be appearing soon enough: