Up until recently, AS SSD was the only benchmark created specifically for SSD testing and it uses incompressible data.  AS SSD, for the most part, gives us the ‘worst case scenario’ in SSD transfer speeds because of its use of incompressible data and many enthusiasts like to AS SSD for their needs. 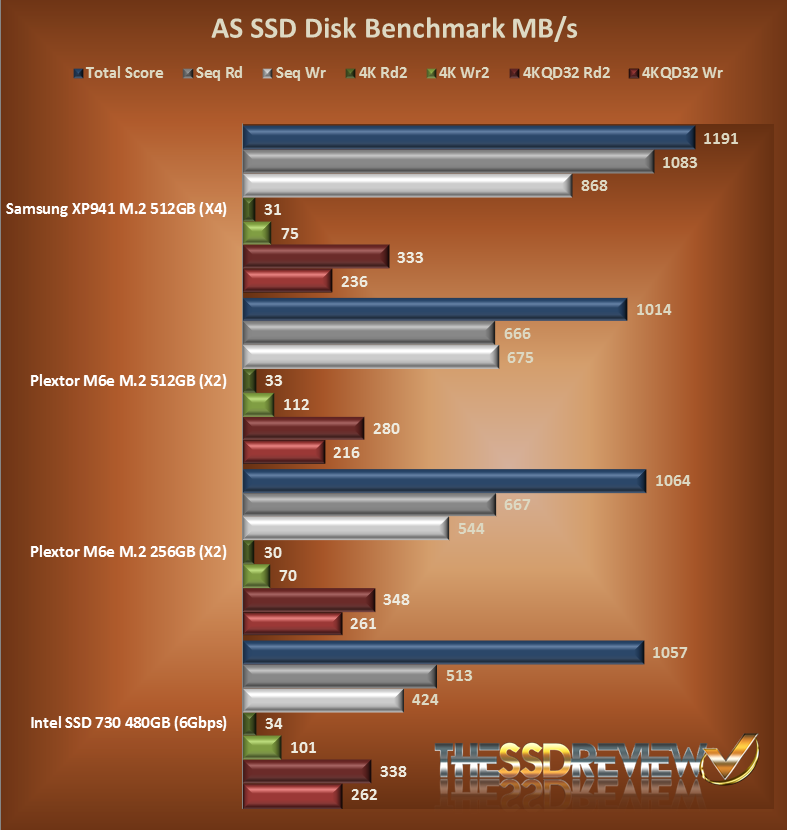 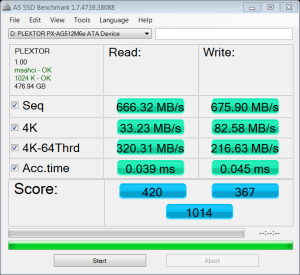 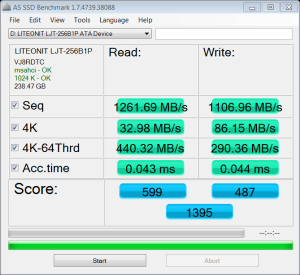 We observed something very interesting when compiling out RAID chart below.  If you take a look at the AS SSD Scores, you will notice that they are actually opposite that of what they should be.  The highest Score is attributed to the lowest result whereas, the lowest Score is shown on the highest, belonging to the Samsung XP941. 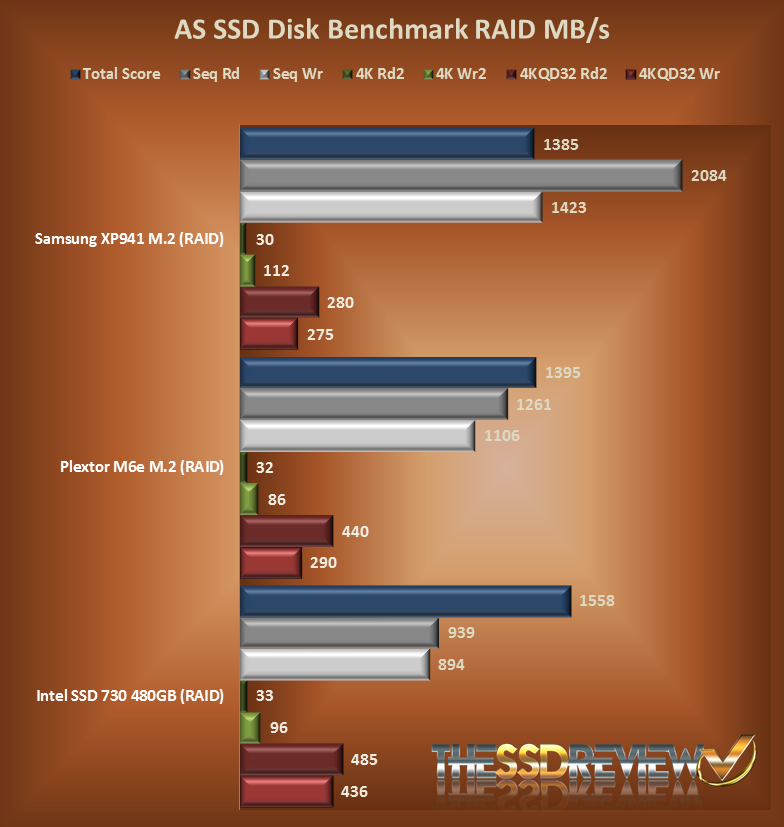 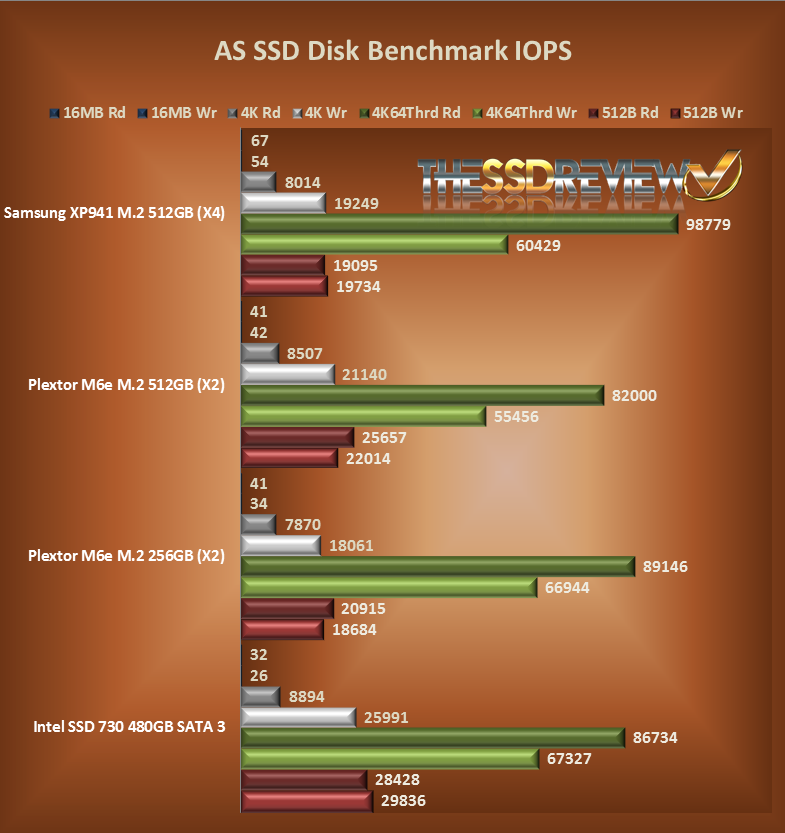 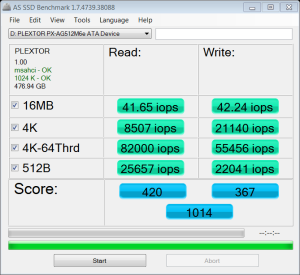 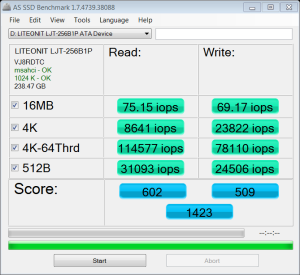 Perhaps a very important take away once again might be that things don’t always turn out as expected.  Whereas, one might thing that the Samsung’s PCIe X4 IOPS might prevail in RAID, the Intel SSD 730 RAID Team is easily the strongest in RAID testing IOPS. 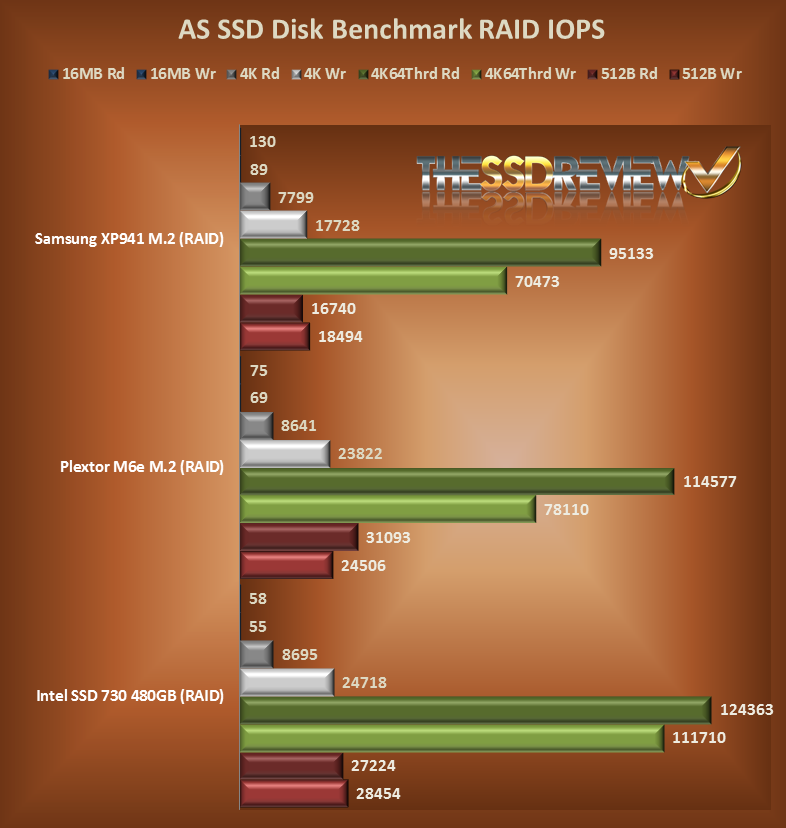