Gotta love working with SSDs!  Once again, we will start with PC testing, followed by Mac. 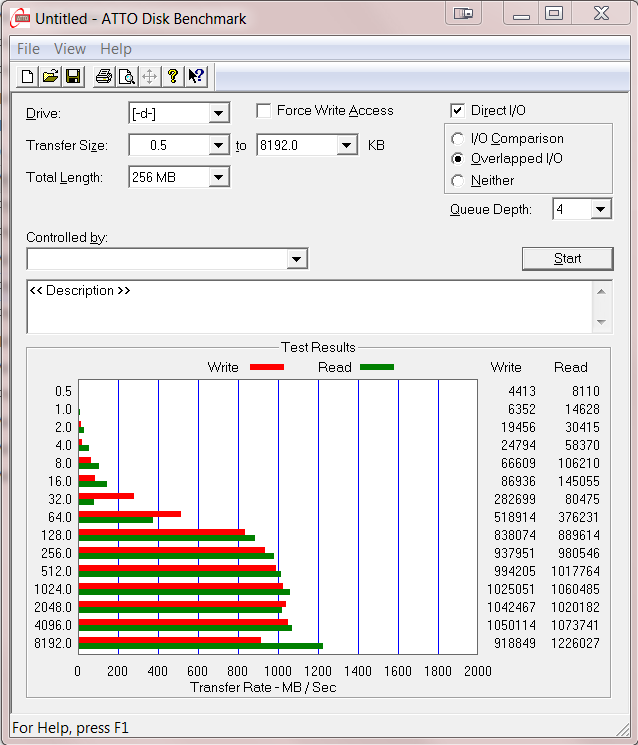 Other then the jump to 1.2GB/s as the final read speed, we determined the highs to be just over 1GB/s for both read and write transfer speeds.  As much as we wanted to discount that last jump, 4 tests in both random and oFill testing resulted in that same last jump in performance.

Performance is just below 1GB/s read and write which is decent but we would have like to see that 1.2GB/s as it would confirm that data is being transferred through both SATA 10Gbps ports.

Unlike what we saw in RAID 0 with the hard drives in Mac, there is no jump in performance with the OWC Electra SSDs when comparing Mac RAID0 to that of PC.  Top speeds are 894MB/s read and 852MB/s write.

ZoneBench results are solid and do a great job in confirming what we see with QuickBench above.  Let’s take a last look at Disk Speed Test, the meat and gravy of testing transfer speeds in the Mac environment;  things drop just a bit lower yet: