We thought we might start with the meat and gravy of the ThunderBay 4, which is RAID testing with 11TB of Toshiba DT01ACA300 capacity.  Our tests will be laid out by way of our PC Windows 7 OS first, followed by Mac OSX tests. 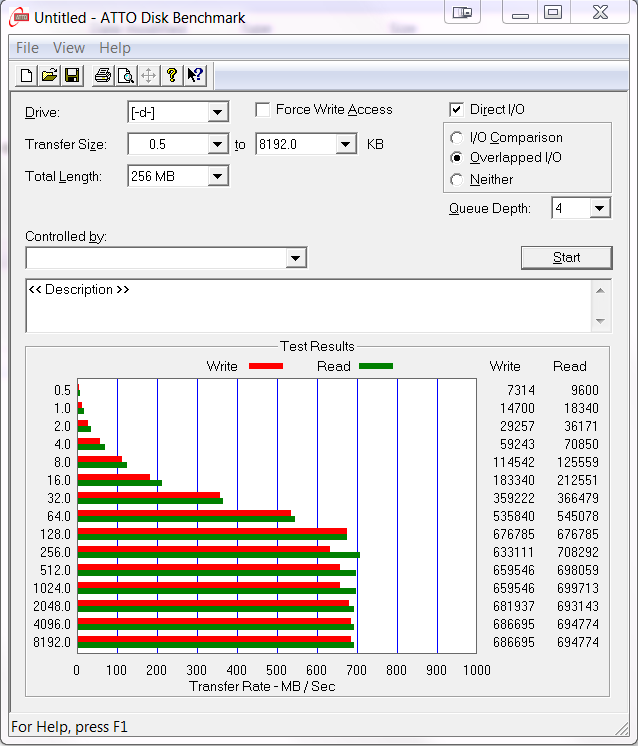 We can see the effects of RAID 0 as higher transfer speeds are evident in smaller file transfers.  Speeds just below 700MB/s are healthy but we might have hoped for a bit better.

This performance is much better and is unusual considering ATTO typically displays higher performance than Crystal DiskMark.  Similar to ATTO, however, we are seeing much better 4K write performance (for a hard drive).

With performance highs of 849MB/s read and 819MB/s write transfer speeds, we get a very clear picture of just how well OSX works its RAID environments.  This performance is much better than one would ever expect, considering the performance of below 200MB/s we saw in ATTO and Crystal DiskMark single drive testing.

We see the same initially with ZoneBench 2.0, followed by significant drops in write performance.  This is a great opportunity to explain how RAID configurations don’t play nicely with all software benchmarks.  IN our testing we found that both AS SSD and Anvil provided readings that could not be relied upon.