For today’s testing, we will be performing single media tests, followed by RAID o and then an explanation and demonstration of OWC‘ exclusive RAID 5.  Let’s get single media testing taken care of right off with the Toshiba DT01ACA300 and the OWC Mercury Electra SSD. 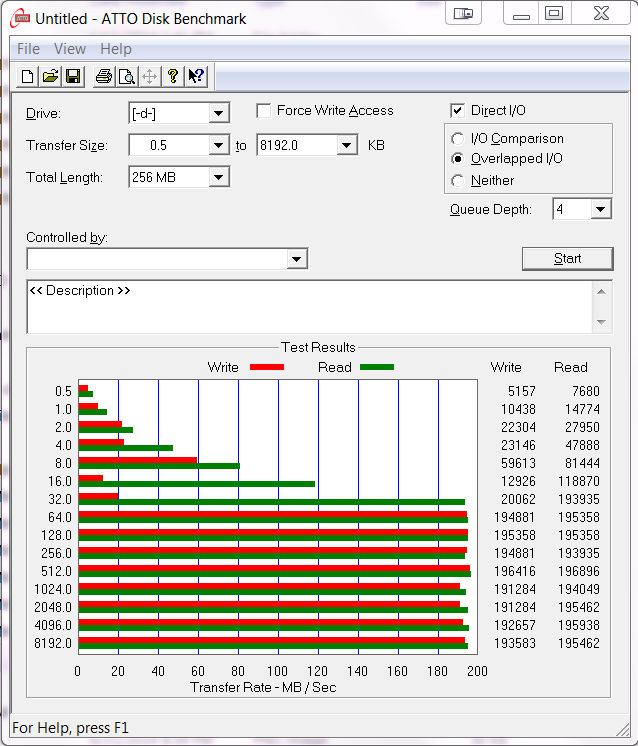 The Toshiba hard drive come in right on the money at just under 200MB/s read and write throughput.  Another positive of this drive is how performance jumped to peak levels starting at the 32KB file size.

Regardless of whether we tested in highly compressible or random data, the Toshiba displayed exact results that were very similar to the ATTO result.  As a bit of a sideline, take a look at those low 4K scores and note how significantly lower they are compared to the SSD.

The OWC Electra should hit about speeds above 500MB/s with a full fledge SATA controller and we demonstrated this with our review of the original release way back in 2011. What we see here is definitely the result of the value driven ASMedia 1061 SATA host controller.

Once again, speeds are very similar ad we can attest to the fact that, regardless of whether we test in random (incompressible) or 0Fill (compressible) data, the result is exactly the same with this controller.  Notice the significant speed jump in your 4K performance.  This plays to the reasoning that a SSD is a great deal visibly faster than a SSD; the speed of executing 4K files (OS files) is much faster.

Just to validate that it isn’t the OWC Electra that is causing the lower performance, take a look at this Samsung 840 Pro 512GB result: