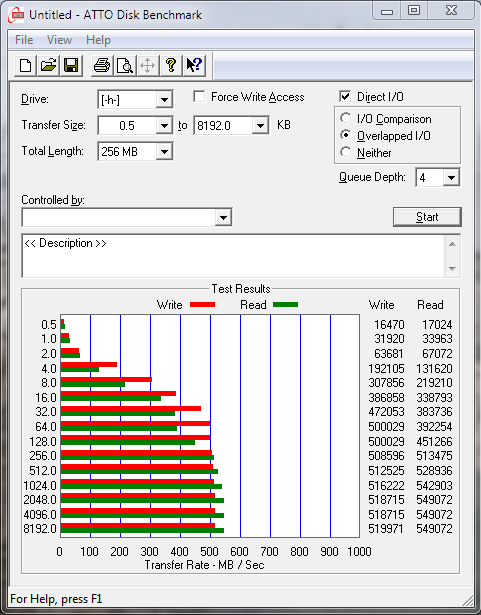 ATTO benchmark highs of 549MB/s read and 519MB/s write are almost dead on with leasted specifications. 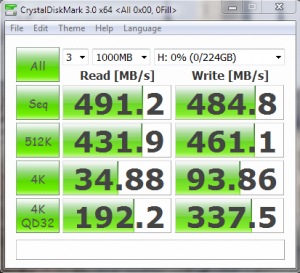 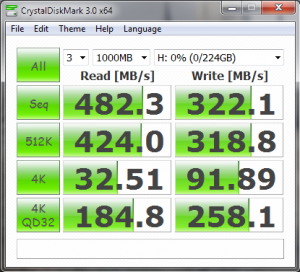 Low 4k random writes above 90MB/s are excellent.  We also get a good look at that in which we detailed earlier with the lower write performance when testing in highly incompressible data.  This is typical of all LSI SandForce SSDs and can be considered a definite identifying feature . 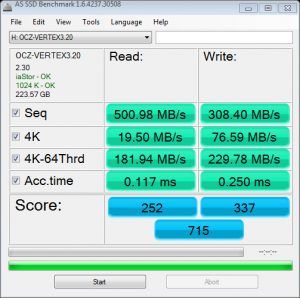 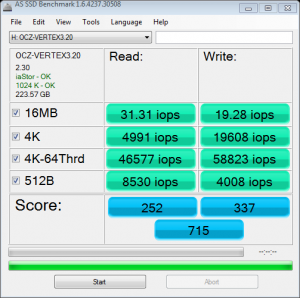 AS SSD results are strong and we get a first peek at IOPS performance, this a bit lower than specifications state.  This should come up somewhat in Anvil testing we think.  Taking a look at the AS SSD Copy Benchmark, we can see that the OCZ Vertex 3.20 SSD is a very strong SSD, resulting in some of the fastest file transfer speeds we have seen to date. 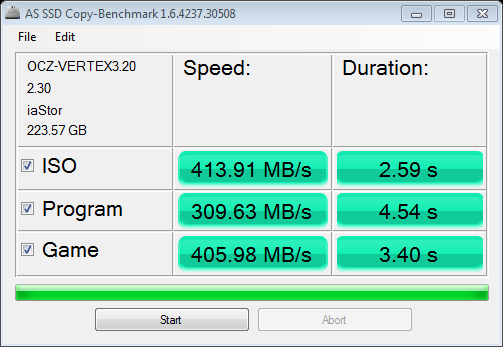