The latest and greatest in SSDs is PCIe 4 and the extreme performance that comes with it, presently showing off speeds up to 7GB/s.  Accompanying these high power and rather expensive SSDs is something that we’ve really never had to tackle in the SSD industry, at least not to this extent…heat. At least up until today, Gen 4 SSDs had to have some type of a cooling solution to dissipate heat away from the components.  We have seen this accomplished on the SSD itself, as with X570 motherboard solutions built in. 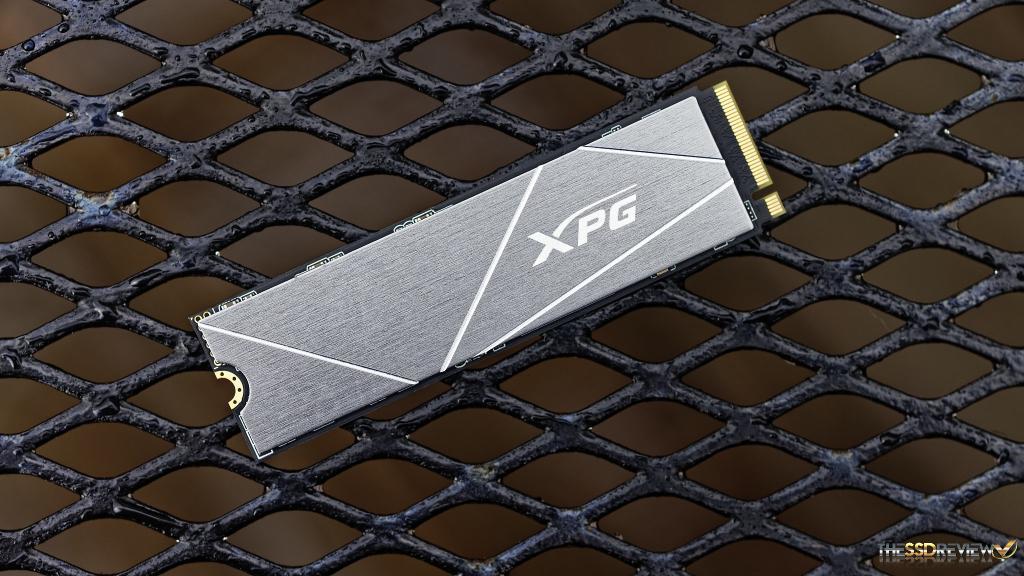 XPG claims that the Gammix S50 Lite is 20% cooler than the typical Gen 4 SSD today.  Checking specs, performance is a bit lower so we might guess that the new SMI Gen 4 controller in use is a low power solution that will keep us in the Gen 4 range, yet keep us away from the heat we have gotten use to as of late.  Why might this be important?  Laptops and ultra books.  As things stand right now, we don’t see anyone marketing a Gen 4 ultrabook anytime soon, as the ultrabook itself would get rather warm serving to dissipate heat from that SSD.

The S50 Lite is of the M.2 2280 (80mm) form factor and this will be the first time we have ever posted a M.2 SSD review without showing the components.  We literally ripped the components off the PCB of a high capacity M.2 SSD not a month ago, as the top branding was on a permanently glued metal plate (as shown here) that serves the purpose of heat dissipation for the SSD.  Good for heat, not good for removal to show off the components.

The XPG Gammix S50 Lite houses SMI’s newest SM2267 four channel NVMe 1.4 Gen 4 controller, along with four pieces of Micron 96-layer TLC NAND flash memory.  The fact that the memory in use is still TLC is a definite plus for XPG.  There is also a SKHynix DDR4 DRAM buffer and this SSD also has AES 256-Bit encryption with end-to-end data protection.  The 1TB capacity has guaranteed life expectancy of 740TBW (Terabytes Written) while the 2TB version doubles that to 1480TBW.