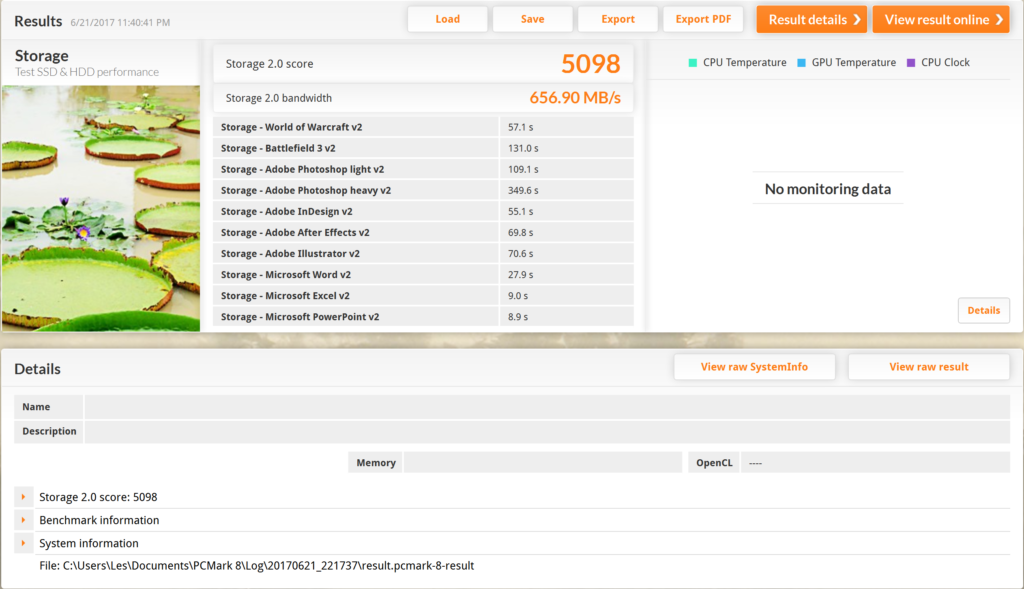 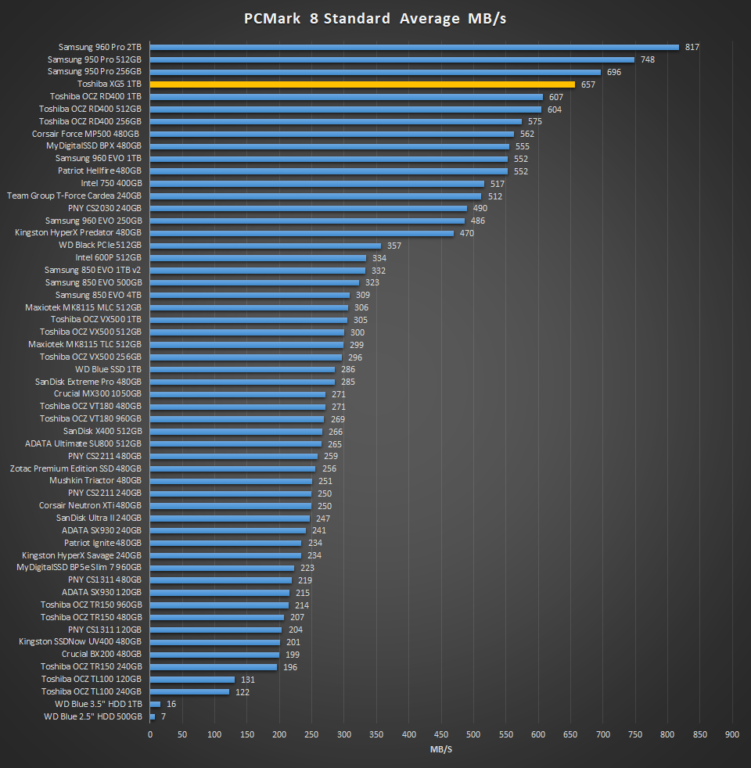 This score places the Toshiba XG5 above all others on our chart, but for the Samsung 900 Series SSD family; this probably being the most impressive result we have seen yet.

Early in this report, we stated that the Toshiba XG5 NVMe SSD was not available to the consumer and, come to think of it, that is not entirely true.  The retail version of the XG5 will probably not show its face until later this year, but, the SSD we have reviewed here is shipping to manufacturers today and will be found within a pre-configured laptop soon enough.  Toshiba’s 3rd-Gen 64-Layer BiCS 3D memory is the star of the show here and this report demonstrates just how well it performs.

Think about it for a second.  Today’s laptops containing this sample XG5 are capable of storing up to 310,000 pictures, 17,000 of music, 1000 hrs of video or 500 hrs of HD movies, all the while being able to transfer data at blistering speeds above 3GB/s.  And this can be done in an ultrabook weighing less than 4lbs, all the while not creating any heat concerns whatsoever.  We have come a very long way. 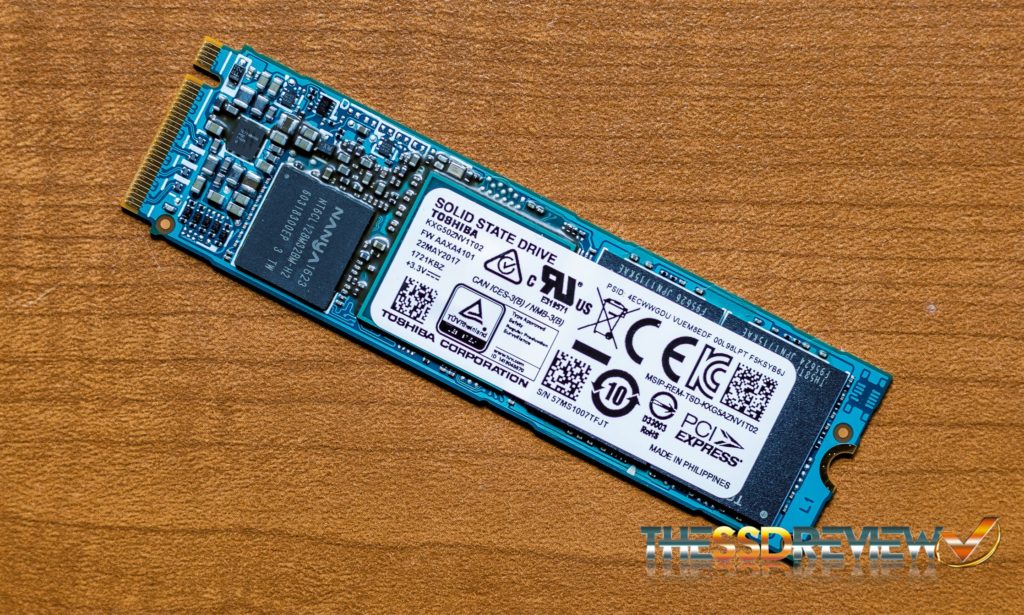 Looking closely at our testing here, the Toshiba XG5 excels in PCMark 8 Storage Tests, which encompass a wide range of typical activities including gaming, Real World File Transfer and PCMark Vantage, all 3 tests based in real world usage scenarios.  Conversely, the XG5 did not do well at all in PCMark 8 Extended Storage Consistency Testing, and this could very well be because this is an oem SSD with firmware fine tuned for the broadest range of manufacturer configurations possible.  We simply have to look at the entire test strategy as a whole and consider the overall picture. This is a solid NVMe SSD (which is now in my HP Spectre by the way Toshiba) and an absolutely powerful representation of just how successful Toshiba 64-Layer BiCS 3D flash is going to become.  Editors Choice!!!!

Check out Amazon for the OCZ/Toshiba SSD line-up!

The new Toshiba XG5 NVMe PCIe Gen 3 SSD is based on Toshiba's newest BiCS 64-Layer Gen 3 3D flash and displays amazing performance above 3GB/s. Stay tuned for a retail version to be released sometime in 2017.