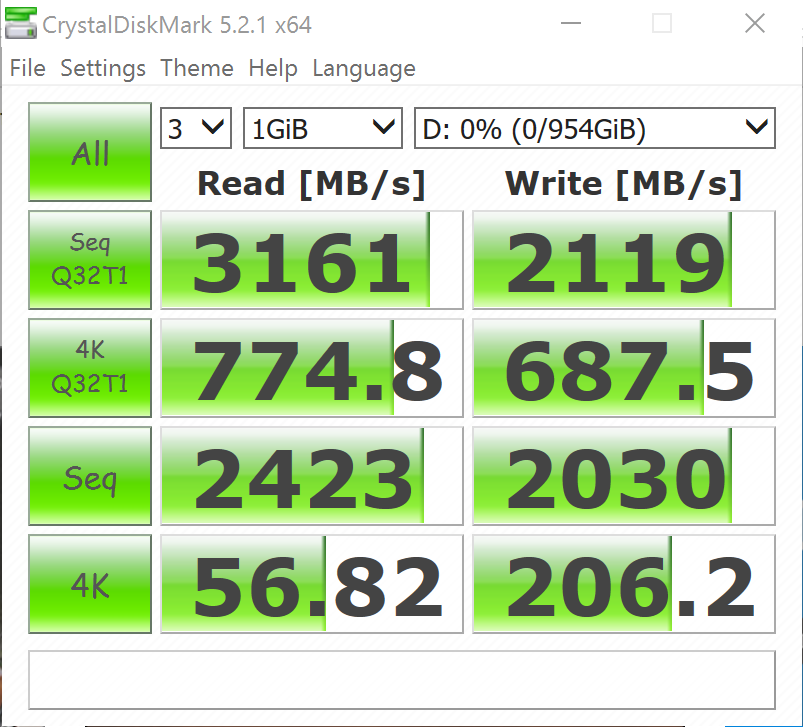 This is a great way to start off a report, hitting 3.1GB/s read and 2.1GB/s write with low 4K random write performance at 206MB/s.  Typically, we might see a drop in performance somewhat when moving from ATTO to Crystal DiskMark, simply because the data being tested is so different (compressible vs incompressible). 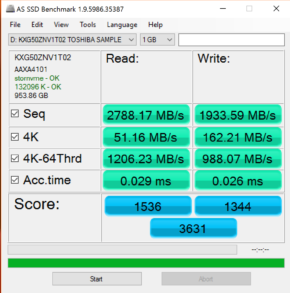 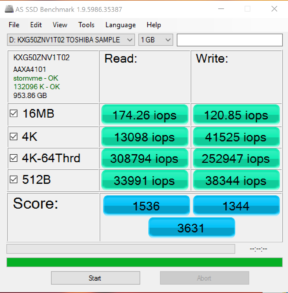 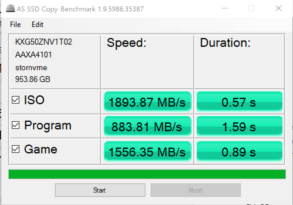 The big takeaway in our AS SSD testing is seeing the Toshiba XG5 achieve 300K IOPS and also result in some great speeds during the Copy Benchmark. 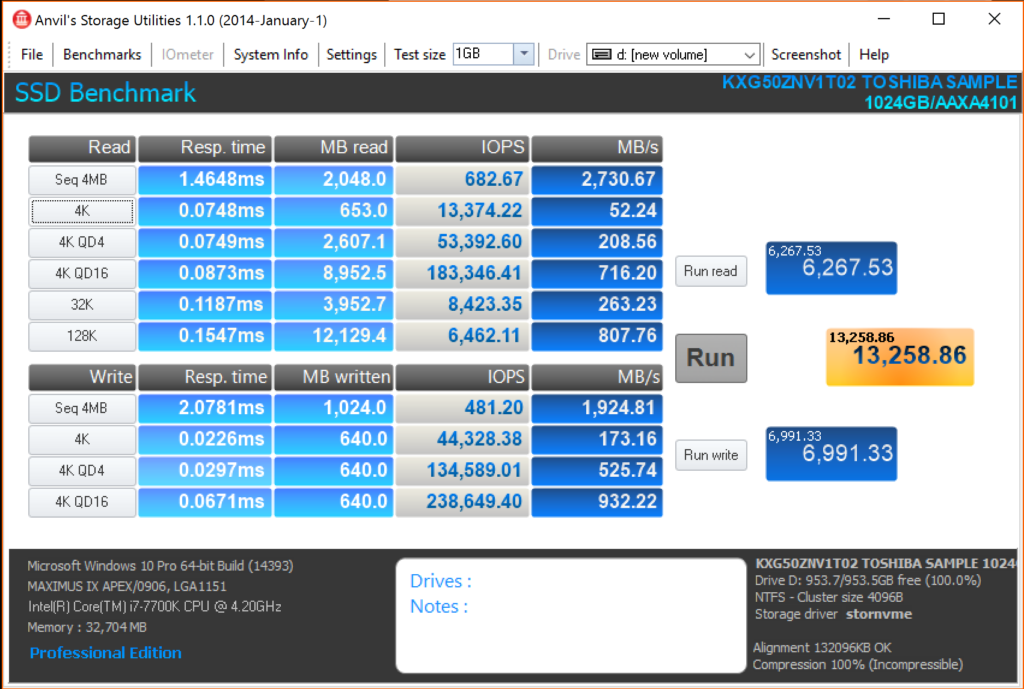 Anvil Storage Utilities confirms all that we are seeing, for the most part, and also lets us know that, after formatting, there is 953GB available on the disk for storage. 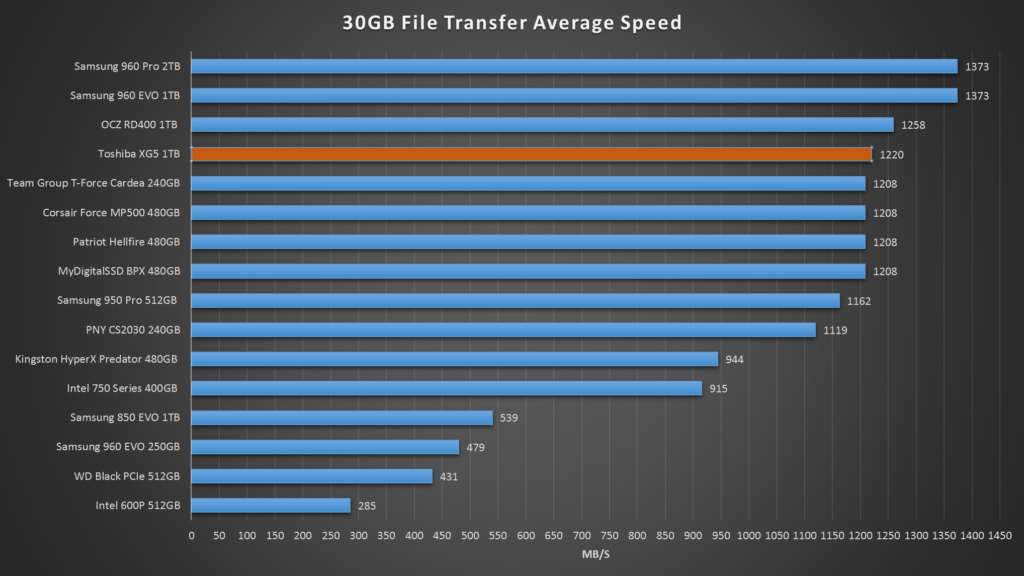 Once again, the Toshiba XG5 is among the best with an average speed of 1.2GB/s during a real world file transfer of a 30GB video folder.