It wasn’t too long ago that Kingston announced their newest DCP1000 enterprise NVMe SSD, in teaming up with Liqid, with incredible claims of 6.8GB/s performance and 1.25 million IOPS from a single device.  This HHHL AIC speaks of ultra low transactional latency, along with ultra-high throughput, making it the ideal choice for data centers looking for extreme performance.   Thanks to Kingston, we just may be the first to have one ‘in-hand’ and it is being put through the rigors with Sean Webster in his enterprise testing regime, as of the date of this report. 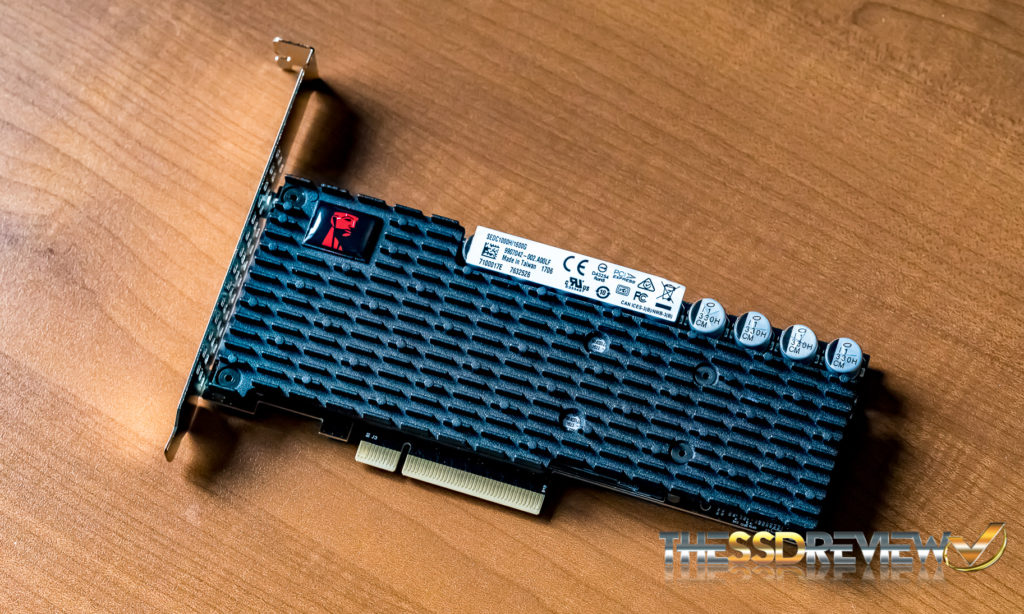 Having it hand for a few days before sending it to Sean, we couldn’t resist playing with the DCP1000 for just a bit, ripping it apart to see what it was made of, and getting a few tests in.  After all, we are speaking of what just might be the first AIC Card in the world to push just under 7GB/s and over 1 million IOPS in such a small form factor.

The Kingston DCP1000 is a PCIe x8 NVMe SSD and is available in capacities of 800MB, 1.6TB, and 3.2TB.  Our sample is 1.6TB.  It is built to be very plug and play, using native NVMe drivers and has UEFI boot support.  Plugging it into my Test Bench was no different than any other card, but for the four volumes that appeared which we will get to.

This specific 400GB M.2 NVMe SSD is not listed at Kingston but we have tested it, the results of which follow in the report.