Crystal Disk Benchmark is used to measure read and write performance through sampling of raw (0/1 Fill/compressible) or random data which is, for the most part, incompressible. Samsung SSDs have similar results regardless of the sample data and our test below shows the worst case test scenario with random or highly incompressible data being transferred during the test. 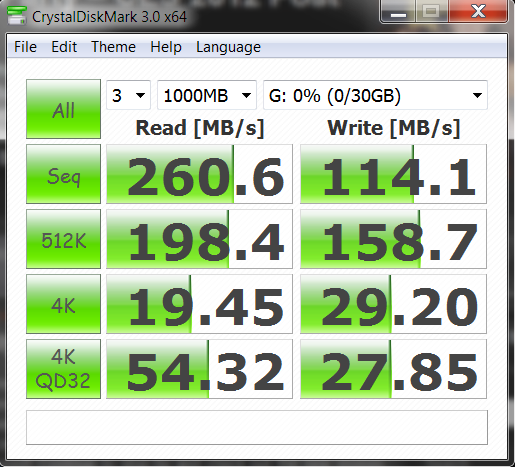 We expected to see the performance results fall into place here as the Crystal DiskMark test, in random mode, uses highly incompressible data which might be seen in such things as movies, photographs and music.  This is the worst case scenario for SSD testing and will again be see in the following AS SSD benchmark.

AS SSD is the pioneer of solid state drive targeting testing and uses incompressible data which is favored by many SSD enthusiasts. 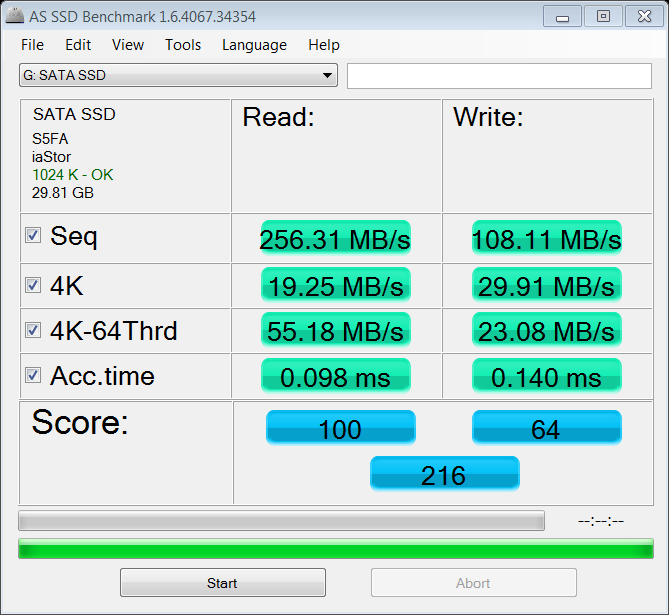 The disk access speed is nice to see and typical in any SSD and the high sequential results are as expected.  The low 4k’s are probably the most obvious characteristic of Phison being a value oriented controller which provides for decent value. 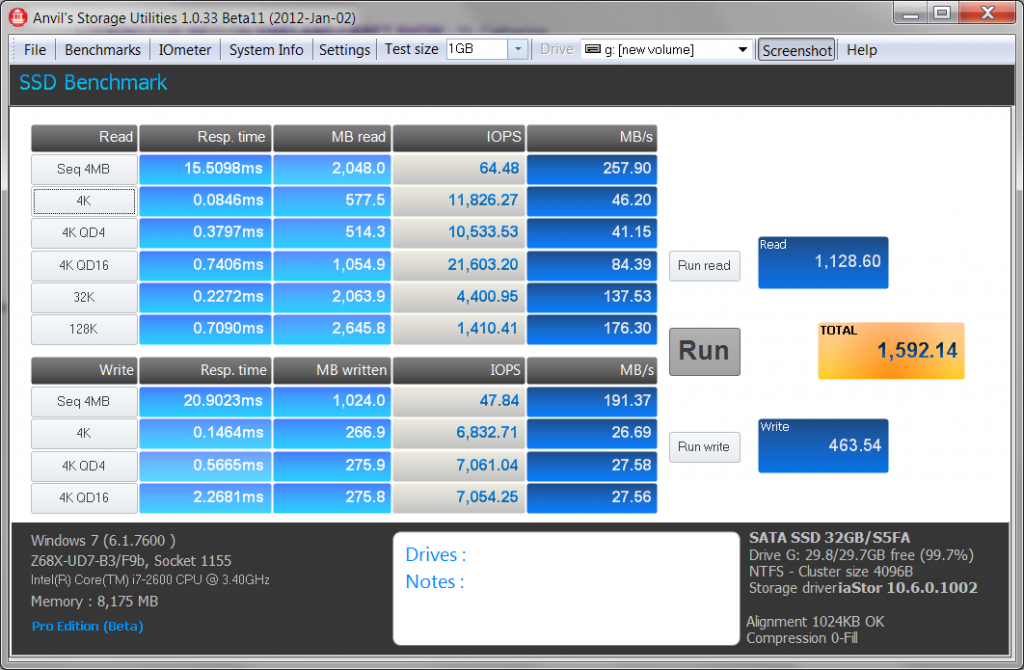 Once again we move into testing of highly compressible data, similar to that seen with ATTO Disk Benchmark. High sequential results of 257MB/s read and 191MB/s write are excellent results for this mSATA SSD.