The KINGMAX M.2 2242 128GB SSD achieved a Total Score of 73,380 points. The highest transfer speed of 431.45MB/s was recorded during the “Windows Media Center” benchmark. The lowest of 230.08MB/s was recorded during the “adding music to Windows Media Player” benchmark. Based on these results, one can see that simply relying on synthetic benchmarks as ATTO or AS SSD can lead to an improper conclusion of performance. While the other benchmarks show us low sequential write speeds, PCMark Vantage is able to show this drive is able to keep up with drives that have much higher write speed in real world application. 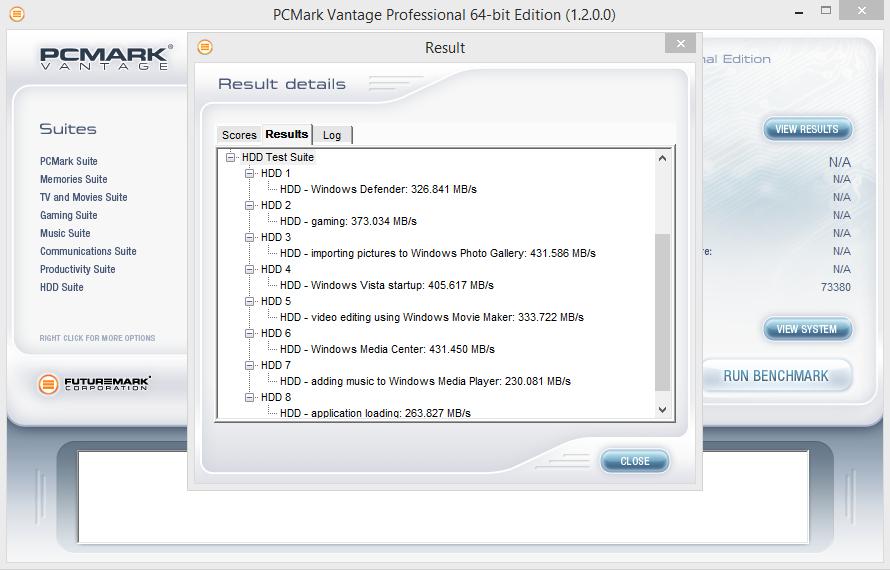 For our power consumption testing, we have the drive connected to the system as a secondary drive. In order to get a power reading from this M.2 form factor drive, we have connected to an M.2 to SATA adapter as well. To record the wattage, we use an Amprobe AM-270 multimeter connected in line with the 5v power on our SATA power cable to the drive. The multimeter records the min/max amperage draw from the drive over our testing period. We also record the drive’s sequential and random read and write power draw using Anvil Storage Utilities. We then take the values recorded and calculate the wattage of the drive. Some of the results may seem high compared to a standard notebook HDD because as these are peak values under load. When we see average power draw, SSDs are still more power efficient because they only hit max power for a short period of time. 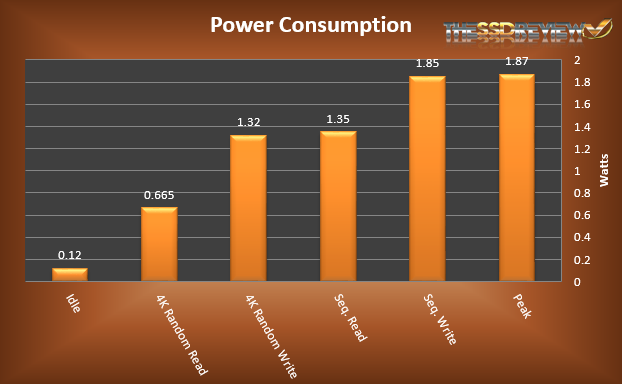 The KINGMAX M.2 2242 128GB SSD is rated for an average active power draw of 2.8W and an idle power draw of 0.33W. As per our testing results, the drive was able to stay well within its spec. At idle it only consumes 0.12W, about one-third the rated spec. During peak consumption, the drive sipped just 1.87W during sequential writes. This performance is great, maximum consumption is about 1W less than its larger form factor competitors.

When reflecting back on performance, I can not help but to think that features like Micron’s dynamic write acceleration need to start becoming more common place in these smaller drives. The M.2 M600 we just recently reviewed was able to reach 500MB/s write with just two NAND packages, from that compared to this SSD you can fully comprehend how much their dynamic write acceleration feature improves sequential write performance.

However, based on our PCMark Vantage scores, we can also see that lower write speed doesn’t necessarily correlate to overall lower real world performance. From its typical day-to-day task benchmarks, this drive has proved to be quite impressive, rivaling drives with much higher write speed ratings. The only downside to lower sequential is when you have to transfer large amounts of data at once, which will most likely be rare, especially with this drive’s availability in such small capacities from 32GB to 128GB for the M.2 2242 version. 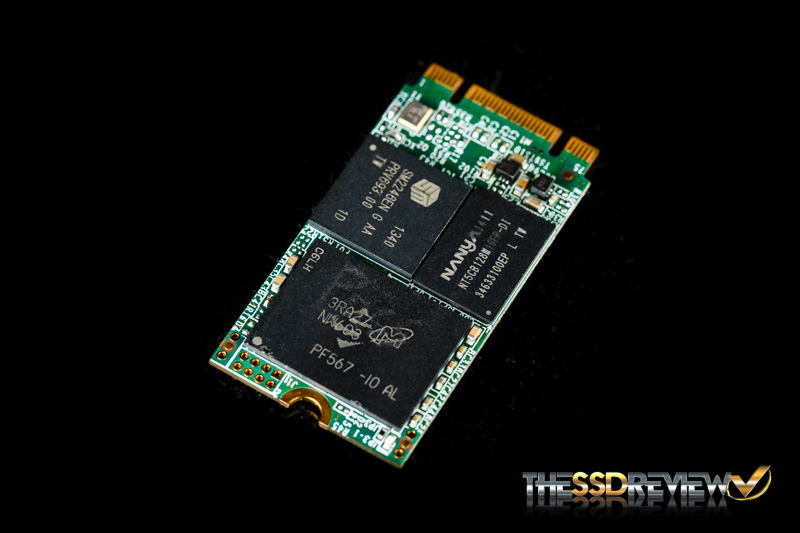 While it is lacking some features I would have expected to see, such as DevSleep, the KINGMAX M.2 2242 SATA SSD is a good first step into the M.2 arena. I cannot comment on pricing or availability to conclude this drive’s value, however I can say that it is a decent performing M.2 SSD made from quality components. The KINGMAX M.2 2242 SATA SSD isn’t a drive you get if you want the best speeds all around, it is a hard drive replacement SSD in a very small low power form factor. Though sequential writes max out at around 150MB/s, sequential read speeds hit near the SATA 6GB/s limit at around 560MB/s. That, plus its low latency and very respectable 4K speeds, reveals a night and day improvement when compared to your standard HDD.

The KINGMAX's first step into the M.2 SSD arena is a good one. Their M.2 2242 SATA SSD is a small form factor SSD that offers great read performance and low power consumption for those who need it in the mobile market.