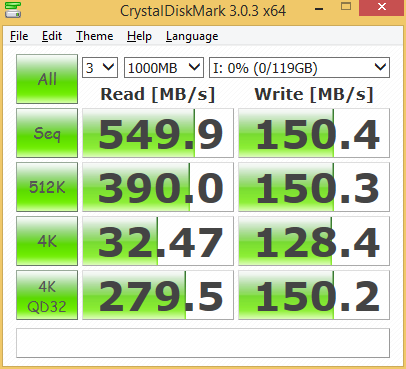 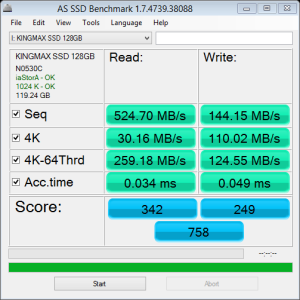 To complement this, the AS SSD Copy Bench presents us with transfer speeds for different file types. The KINGMAX’s M.2 2242 SATA SSD reached a high of 471.27MB/s for the Game test. However, for its lowest value, it was only able to hit 238.84MB/s on the Program test. 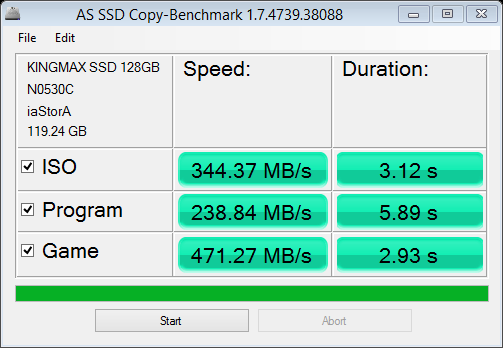 Anvil’s Storage Utilities (ASU) are the most complete test bed available for the solid state drive today.  The benchmark displays test results for, not only throughput but also, IOPS and Disk Access Times.  Not only does it have a preset SSD benchmark, but also, it has included such things as endurance testing and threaded I/O read, write and mixed tests, all of which are very simple to understand and use in our benchmark testing. 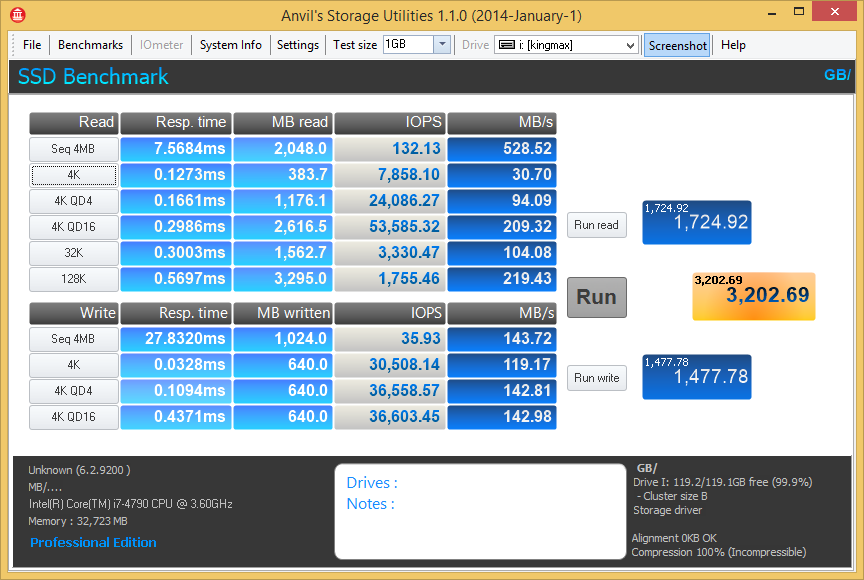