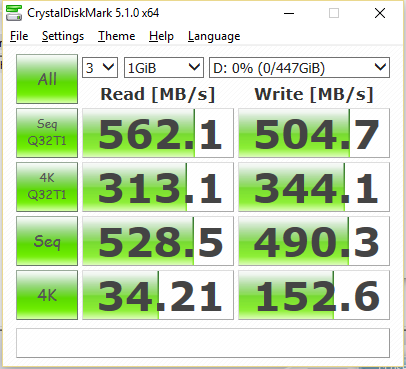 Crystal Disk Mark reveals some good numberswith 560MB/s read and over 500MB/s write. 4K reads and writes are decent as well, reaching 34MB/s read and just over 150MB/s write. The higher QD32 results show more impressive write performance than read, but both are close to their rated specification as well. 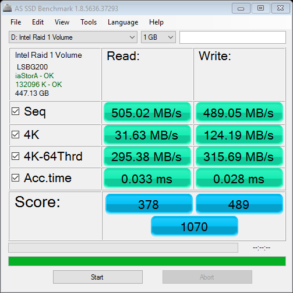 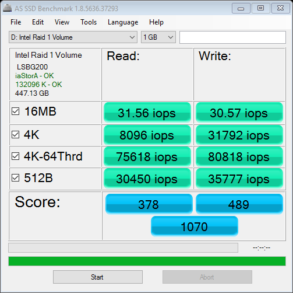 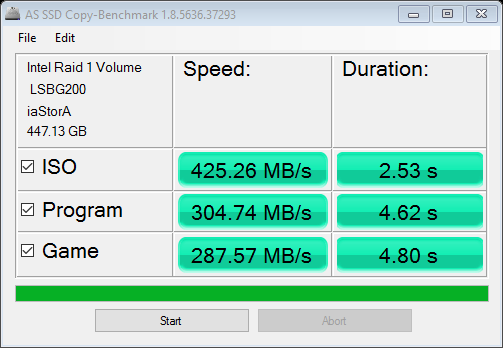 In AS SSD, the Intel 540s attained an overall score of 1070 points. Sequential speeds are good once again at 505MB/s read and 489MB/s write. 4K reads reached a bit over 31MB/s and writes were 124MB/s, which is average for a drive of this type. Furthermore, it hit 75K IOPS read and nearly 81K IOPS write. During the copy test it did well too, with a best transfer speed of 425MB/s in the ISO copy. 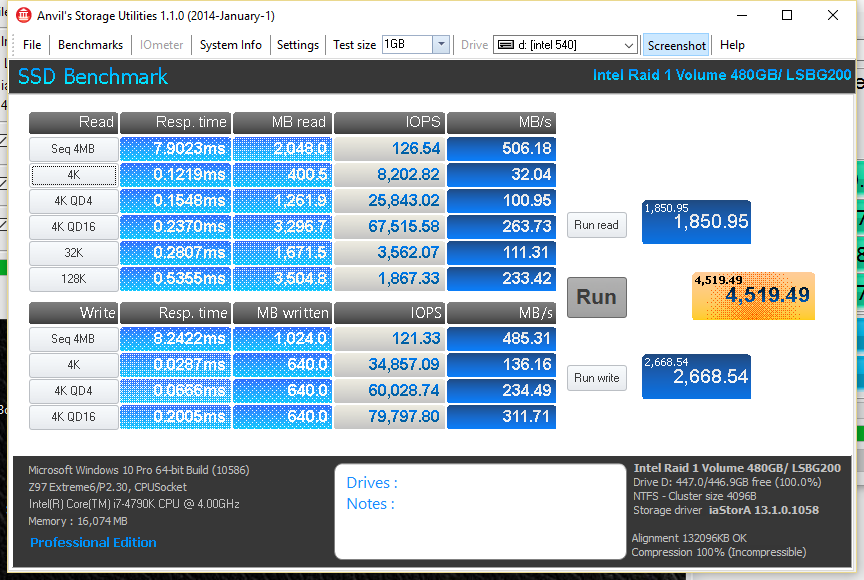 Finally, similar to that of the other test results, we see average performance. Overall, the Intel 540s attained 4519 points. Sequential performance is over 500MB/s for reads and 485MB/s for writes and 4K performance hasn’t varied much from the other tests either. Again, good results here.