The M500 is only 7mm thick and suited for ultra use. A bracket ships in the exterior packaging to make this suitable for 9mm storage use. 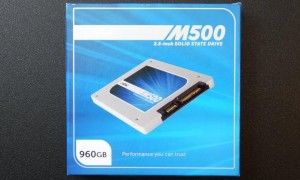 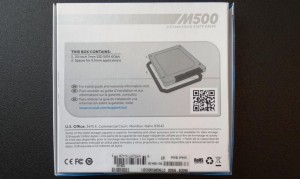 The M500 itself is of an aluminum two piece shell and secured on the bottom by four screws. Although not shown in these photos, one finds the Marvell controller covered with a thermal pad, when opened, which provides for heat dissipation from the controller to the exterior casing. Security tape covers one of the screws which will void your warranty if damaged. 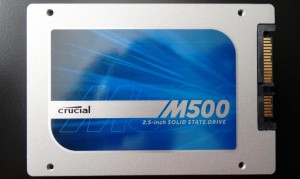 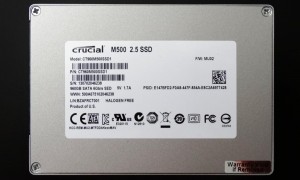 The printed circuit board (PCB) contains a Marvell SS9187 controller, as well as 8 modules of NAND flash memory and a DRAM cache module on each side of the PCB. The memory is Micron 20nm MLC (MT29F512G08CKCABH7) with each being a capacity 0f 64GB. The cache is Micron 1GB of DDR3 SDRAM cache (2 x MT41K256M16HA-125) If you ever want to decipher a Micron FBGA product code as we did with the cache and memory here, the decoding key can be found at the Micron Website. 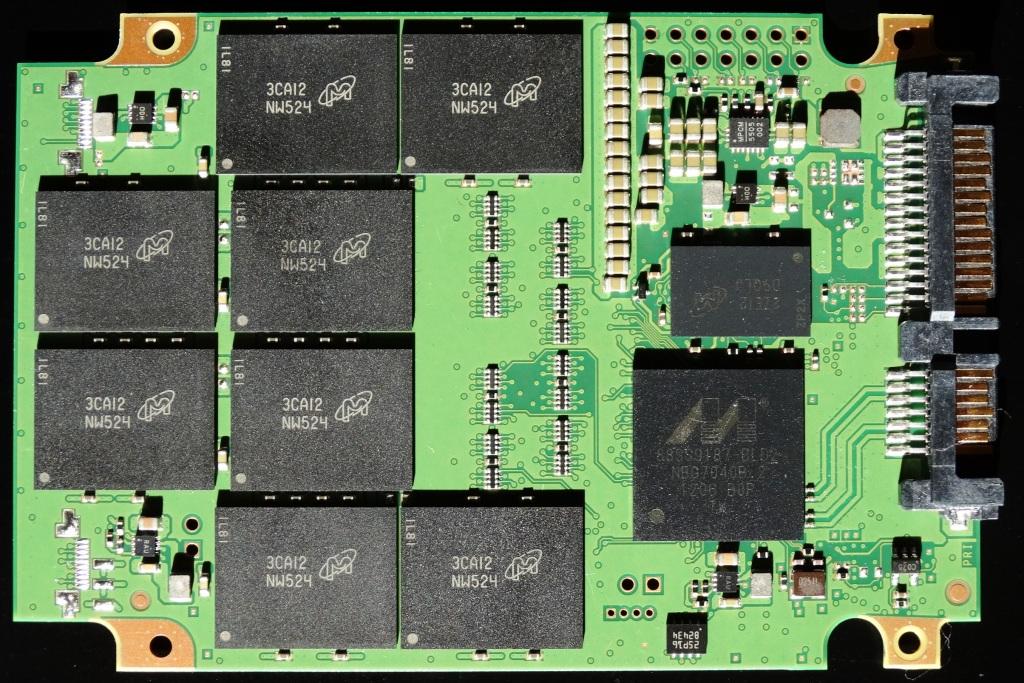 If you take a close look at the top right of the PCB front, you will notice what only can be described as a community of capacitors above the cache and to the right of the memory. These capacitors ensure that the SSD is powered long enough to complete the writing and storage of all data if a power failure were to occur. For the most part, this is unheard of in consumer SSDs. Its an area where Crucial have cut costs (if they wanted to) as M500 popularity is inevitable and would have been even without the ‘added touch’. 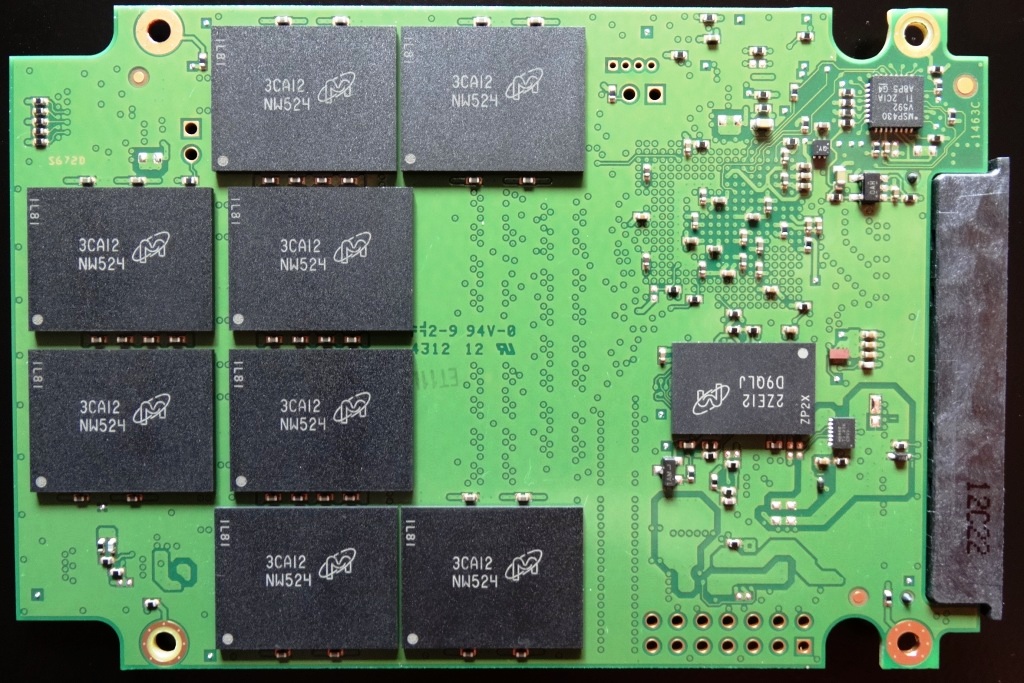 As if power loss data protection weren’t enough, Crucial included another unique feature called ‘Adaptive Thermal Protection’, again one previously reserved for enterprise class SSDs. Simply, if the M500 reaches a temperature of 65DegC (150DegF), the SSD works with the host to adjust the NAND workload and power consumption to decrease the temperature. Technically, it throttles the SSD until the temperature is brought down to an acceptable level. 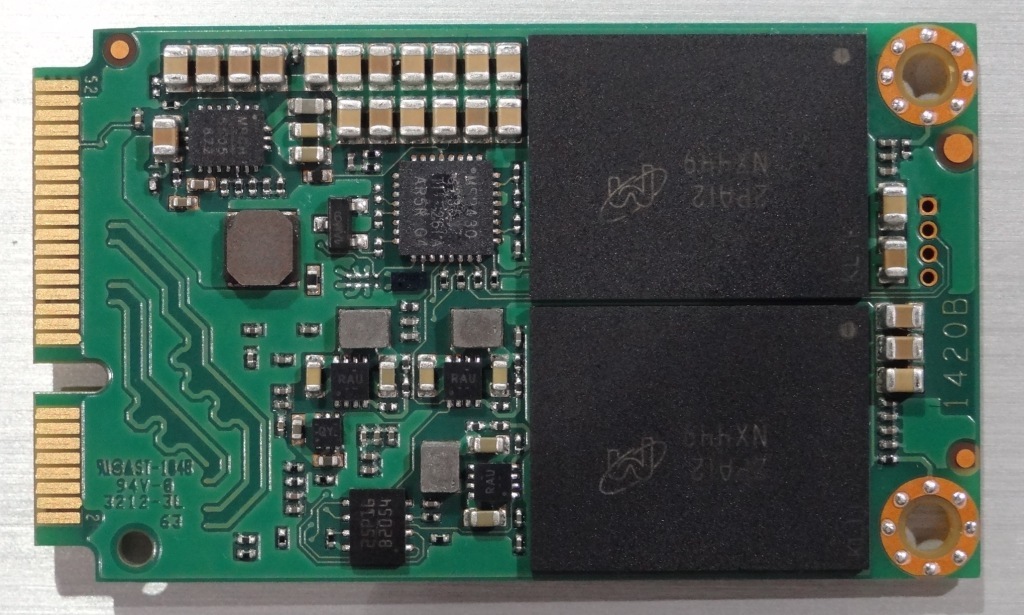 A quick look at both the M500 mSATA and M.2 NGFF form factors clearly shows capacitors present for power loss data protection as well. Although we haven’t mentioned it yet, the M500 also has hardware based encryption technology (TCG Opal 2.0 + IEEE 1667) designed to maintain data security in the event of device theft or loss. 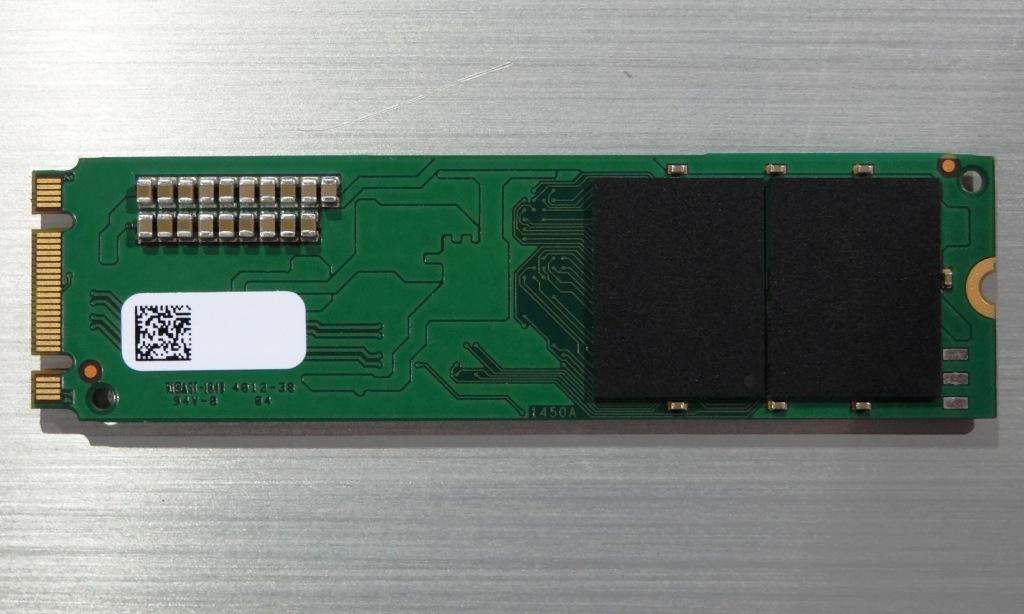