Anvil Storage Utilities is an absolutely amazing SSD benchmarking utility.  Not only does it have a pre-set SSD benchmark, but also includes such things as endurance testing and threaded I/O read/write/mixed tests, all of which are very simple to understand and utilize for benchmark testing. 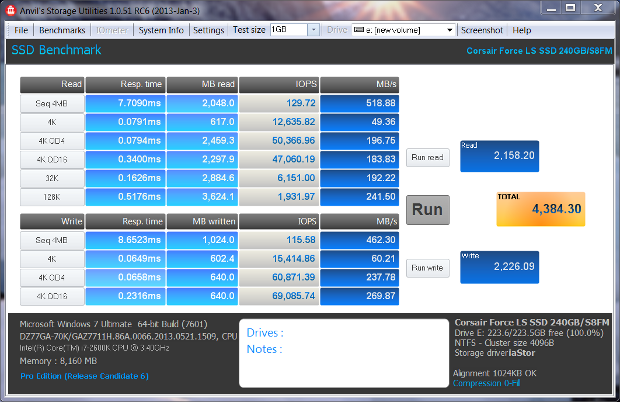 The SSD Review uses benchmark software PCMark Vantage x64 HDD Suite to create testing scenarios that might be used in the typical user experience.  There are eight tests in all and the tests performed record the speed of data movement in MB/s, to which they are given a numerical score after all of the tests are complete.  The simulations are as follows: 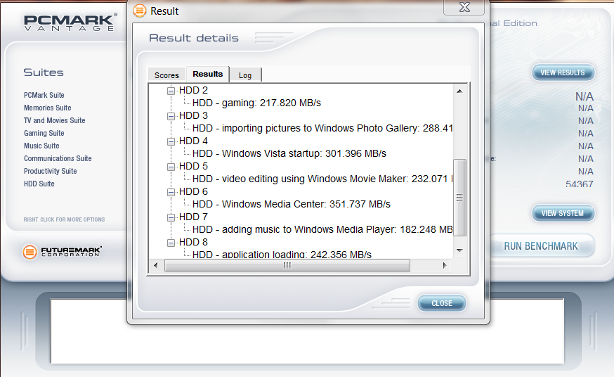 With a score of 54367, the Force Series LS result is rather middle-of-the-pack by today’s standards.