When it comes to SSD controllers, up until recent times LSI/SandForce and Marvell have pretty much “ruled the roost”.    Other than a few instances of utilizing proprietary controllers (such as Samsung does in most of their SSDs), and a smaller player in Indilinx (acquired by OCZ),  there were no other options for manufacturers to engineer a new SSD with.  That has recently begun to change, as other controllers are beginning to appear on the scene. 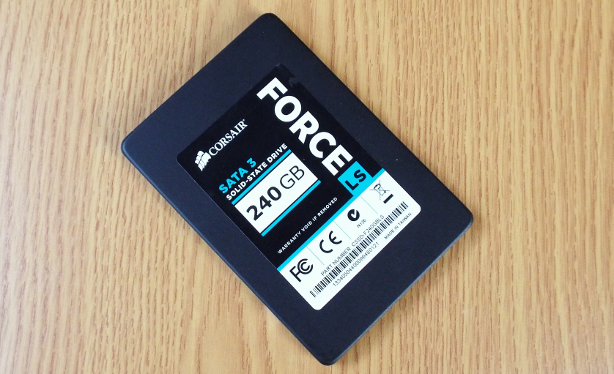 The last Corsair SSDs (the Neutron and Neutron GTX) that we reviewed back in August featured the new Link A Media (LAMD) 6 GB/s controller.  Corsair was one of the first SSD manufacturers to hit the retail market, and although they have proceeded a bit more carefully than other manufacturers, they have earned a reputation as providing some of the top performing SSDs that money can buy.  Their success in SSDs has shown with their willingness to explore different controllers in search of the best, as well as bringing out non-standard SSD capacities that few others offer.  The Corsair Performance Pro was one of the better SSDs we have tested, and it surprised everyone as it is based on the Marvell 9174 controller, and Corsair truly found the sweet spot in its performance.

Today’s analysis is of the new Corsair Force Series LS 240GB SSD, and its new Phison PS31080-S8 controller.  The PS3108 is a SATA III, 6 GB/s, 8-channel controller that supports up to 1TB of flash storage capacity.  As you can see in the graphic below (pulled from Phison’s global website), the PS3108 supports AES encryption, S.M.A.R.T., NCQ/TRIM and Device Sleep (DEVSLP) mode.  The PS3108 is Phison’s current top controller, so let’s see if Corsair can implement it into another winner with the Force Series LS 240GB SSD.

The Corsair Force Series LS is being offered in capacities of 60GB, 120GB and 240GB.  Corsair’s global website shows pricing of $94.99 for the 60GB model, $144.99 for the 120GB model, and $259.99 for the 240GB version.  Oddly enough, the Force Series LS SSDs are not presently available in the United States, nor are they even presently listed on Corsair’s United States webpage.  We did find it on Amazon for $246.33 and free international shipping.  We would like to extend our thanks to Corsair for providing us with a sample 240GB model to review.

The Force Series LS is listed as having sequential read speeds of up to 560 MB/s, and sequential write speeds of up to 535 MB/s (using ATTO benchmark software).  The 7mm height form factor makes it compatible with most laptop, notebook and ultrabook PCs.  Mean time between failures (MTBF) is stated as 1,000,000 hours.  Power consumption is listed as 4.6W maximum (active), and 0.6W maximum (idle/standby/sleep).

The retail box the Force Series LS 240GB ships in is a combination of black, white, and turquoise graphics.  The front of the box pictures the drive, along with the capacity and a list of key features.  The rear of the box has an area with the model and serial number, an area showing compliances and certifications, and a paragraph (in no less than six languages) highlighting the drive’s compatibilities.