Sustained write disk performance is not advertised with most CFexpress Type B cards today and, in fact, it is not common whatsoever in the flash industry.  As much as it is not spoken of, consumer SSDs, SD cards, compact flash cards, and even the latest CFexpress cards, are marketed and sold according to their ‘peak’ read and write data transfer speed…or throughput.  ‘Sustained writes’ are remotely similar to something called ‘steady state’ performance where a storage device is pushed to the point that one can identify the speed it will perform at after a period of constant reads and writes to the product. Peak performance is ‘fresh out of the box’ speed and sustained performance is lower and occurs with steady reads and writes to a storage product. 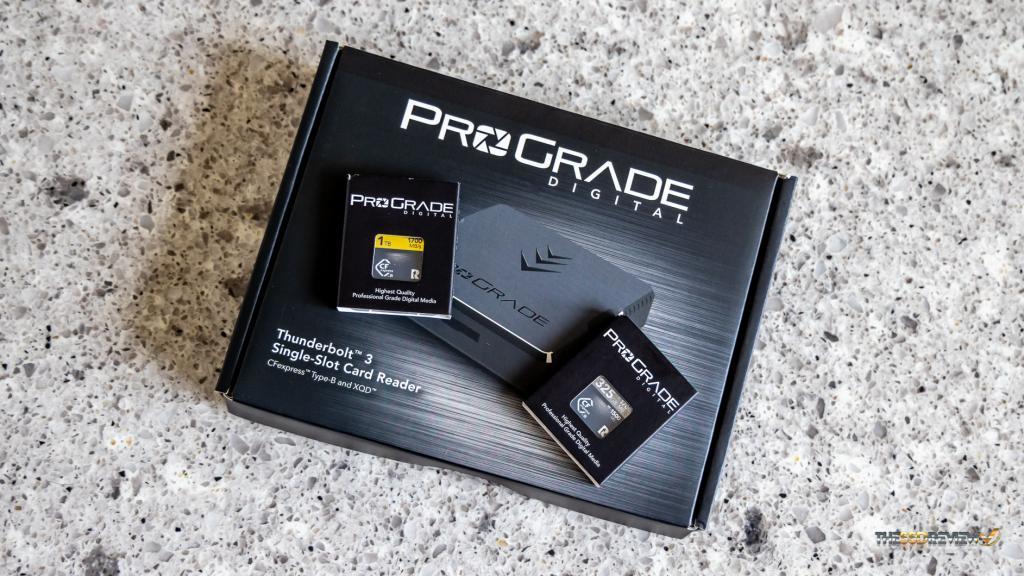 A big thank you to ProGrade Digital as, on our Test Bench today is the ProGrade Digital 1700 Gold CFexpress 1TB Memory Card, the 1700 Cobalt CFExpress 2.0 325GB Memory Card, and their Thunderbolt 3 CFexpress/XQD Card reader.  We can tell you right off that both of these cards differ significantly with respect to sustained write speeds, although both perform just fine in the R5, the 1700 Gold 1TB card making up in capacity where it is just a bit lower in sustained write speeds.

For our testing today, the following pages will provide a description of our test bench and CFexpress card reader, Gold 1700 1TB description and synthetic testing, Cobalt 1700 description and testing, along with a Report Analysis and summary page.  so…let’s get to it!