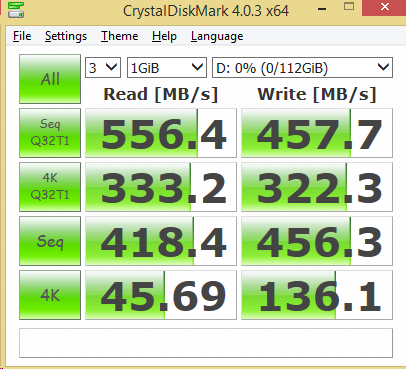 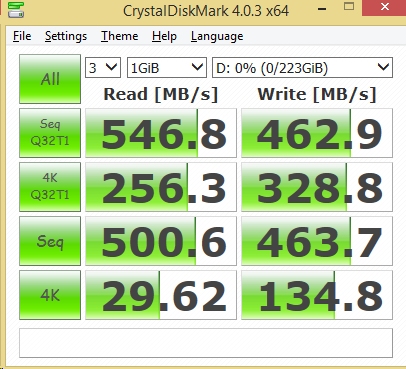 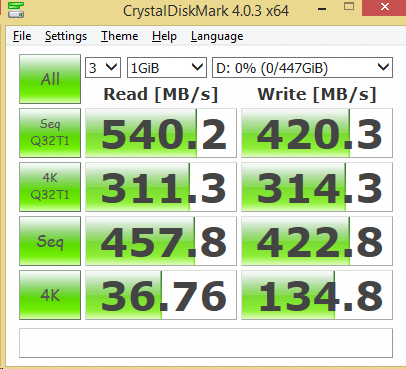 In Crystal Disk Mark the XPG SX930 was able to achieve slightly better peak sequential performance as well as 4K performance in the 120GB capacity. The larger capacity results are respectable, however, with both reaching over 540MB/s read and their rated write speeds. 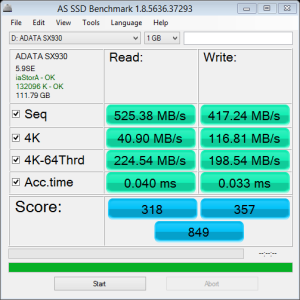 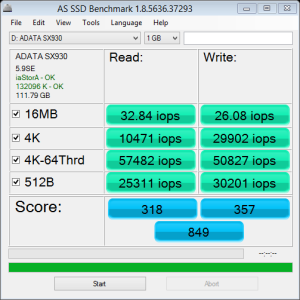 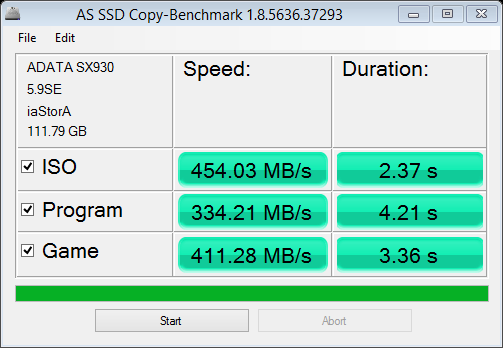 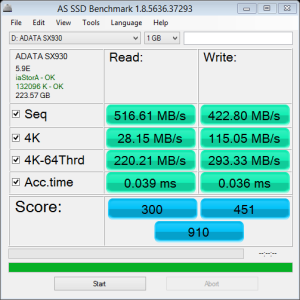 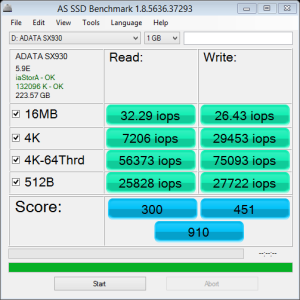 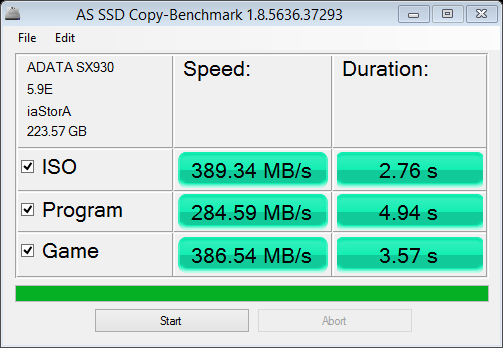 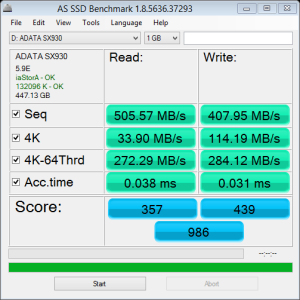 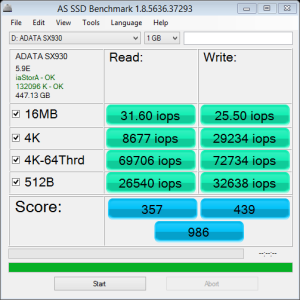 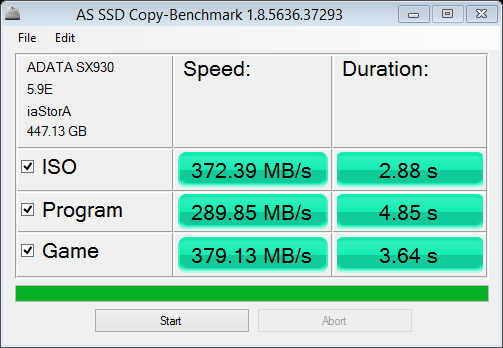 AS SSD gives us our first clear look at IOPS performance. The 120GB and 240GB models showed around 50-55K IOPS while the 480GB model reached ~70K in read and write. Overall scores were 849, 910, and 986 per each capacity We can see that the 4K speed read continues to be a bit better in the smaller capacity as well. 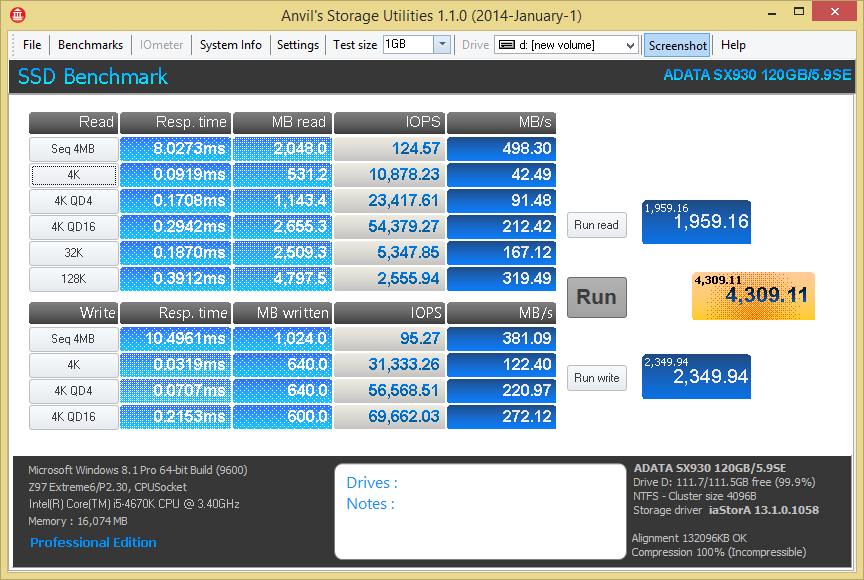 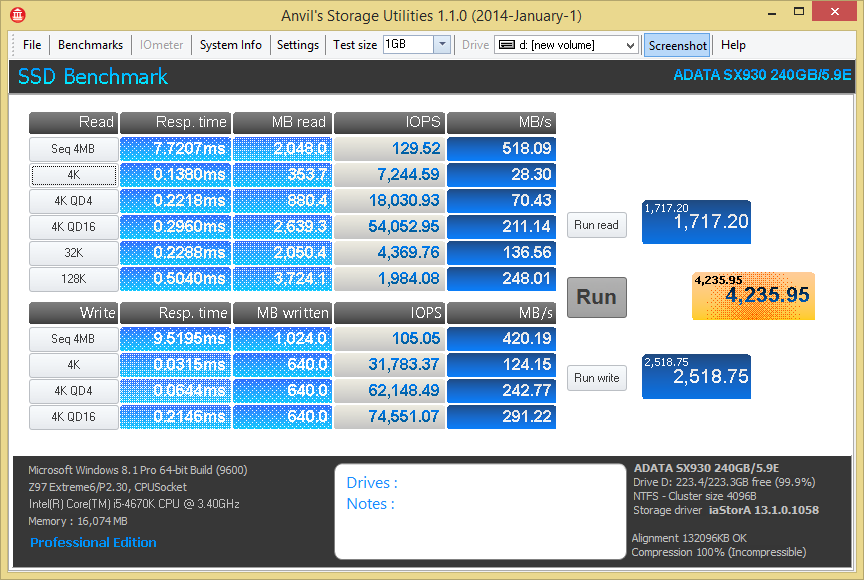 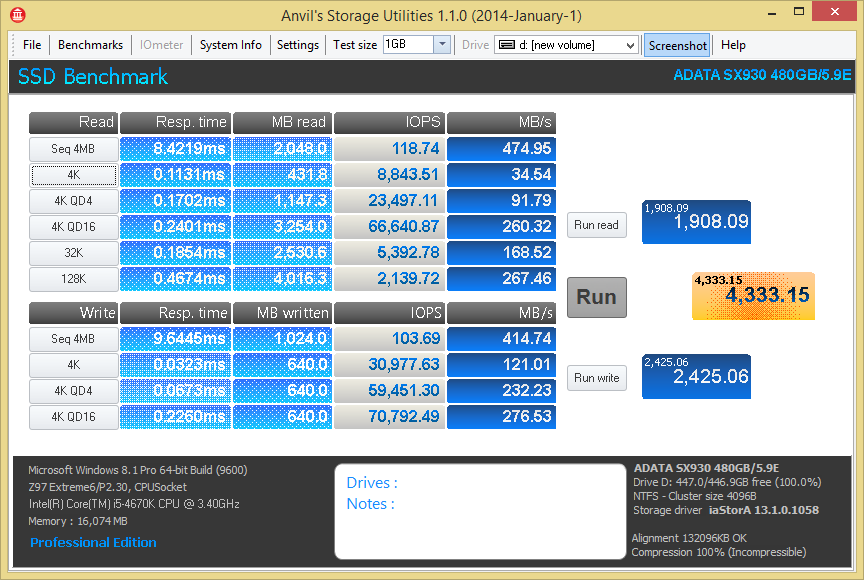 Looking at the overall scores for Anvil, performance is getting closer and closer to one another.  The 120GB’s write performance is starting to fall off, reaching just 381MB/s while the 240GB and 480GB models maintain a slight advantage. Besides that, most aspects are in line with what the other benchmarks have shown thus far.