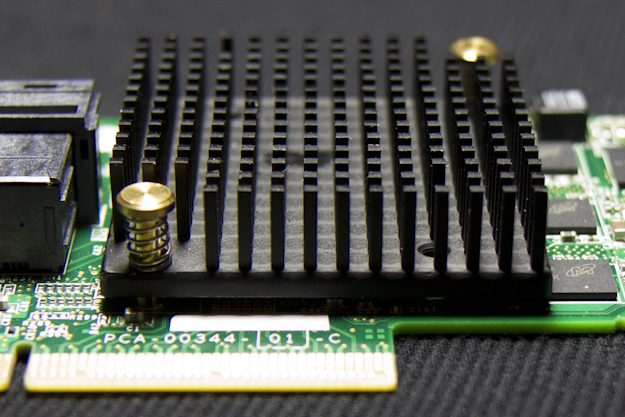 Even though the ASR-8885 lists 1GB of DDR3 RAM, there are actually five Micron DRAM packages, each with 256MB each, for a total of 1.25GB.  Three are located near the controller and heat sink, with 2 more on the back.

Near the back of this MD2 PCIe card, you can see the connector used for the AFM-700 flash-based cache protection module.