Over the years, we have been lucky enough to post several great articles that hit data security straight on through encrypted SSDs.  Some might say we have become a go-to encrypted flash resource in fact. Data security is key and data loss worldwide reaches billions annually. It is a skyrocketing trend and, in so many cases, people and businesses are hit by criminals on different continents. The answer for some has been to move their critical data to portable storage. Encrypted SSDs. 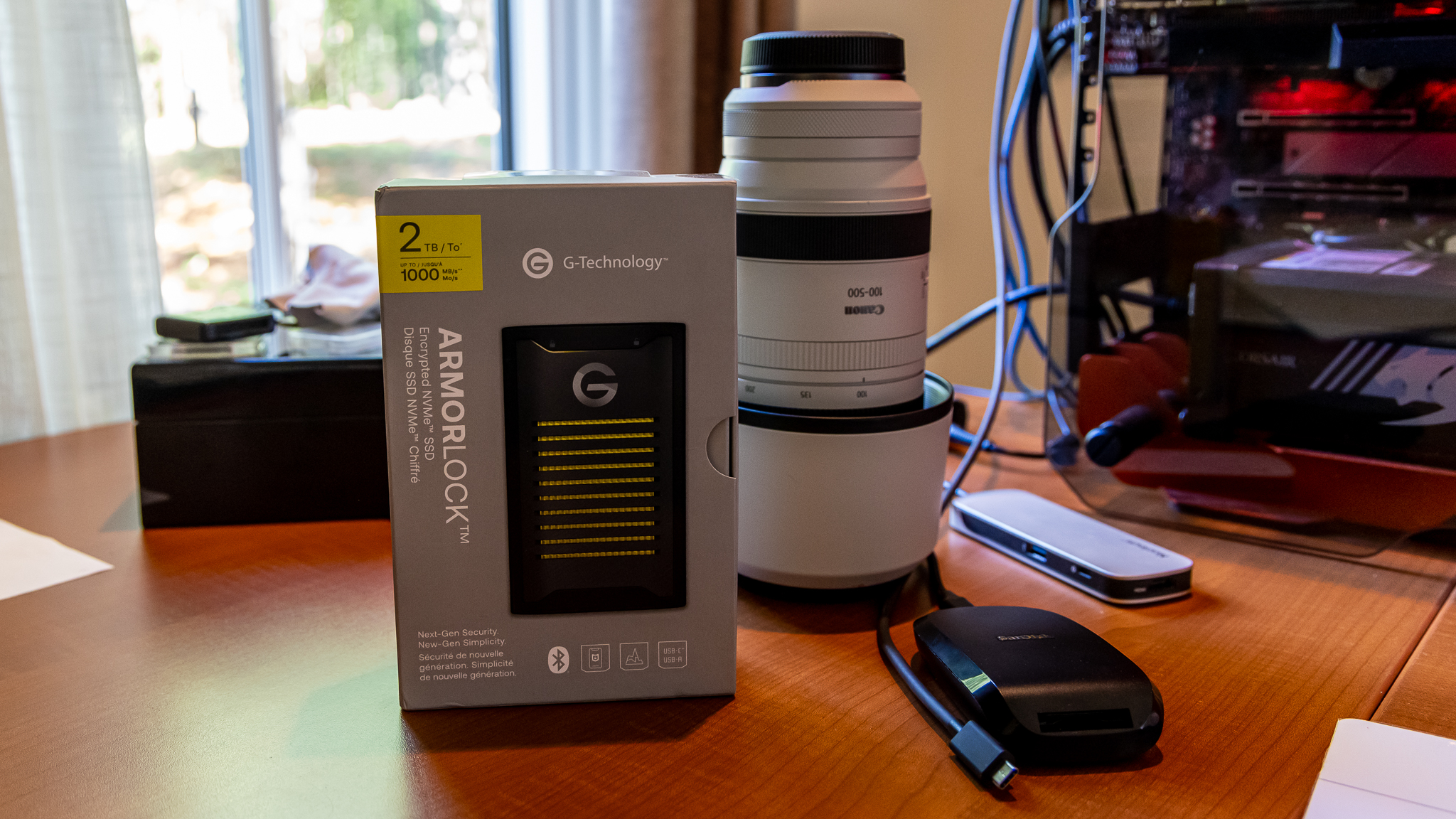 Encrypted SSDs have become a much more viable option as advance in flash technology now allows larger capacities in a smaller footprint.  Media companies, law firms, finance, government, healthcare and IT all have content critical data that will at some point be mobile and require top-level security.  The answer to this lies in encrypted SSDs, but throughout our reports, there has typically been a constant theme present that has never really been overcome.  Encrypted SSDs provide slower disk transfer speeds and are rather expensive.  Today, we believe that G-Technology may have just changed that with the Armorlock Encrypted NVMe SSD.

The Armorlock Encrypted NVMe SSD connects to your computer and is App driven, through IOS initially followed by Android later on.  The App itself is a quick and easy installation on your IOS device and does away with passwords.  From that point forward a simple press of a button to unlock the Armorlock SSD is all that it takes. No more passwords and your data is completely secure.

The drive has AES-XT 256-Bit encryption and eliminates side-channel attacks by re-engineering the trusted elliptical curve encryption algorithm based on NIST P-256 ECC standards. It can even unlock by way of your smartphones bio metric security leveraging FaceID and fingerprint recognition.

The G-Technology Armorlock Encrypted Drive is a USB-C Gen 2 device capable of 1GB/s read and write but only using the included Type-C to Type-C cable (rather than the includeds Type-C to type-A cable) that comes with the drive. Considering that everything that goes in and out of the drive is encrypted or decrypted, this is the fastest tranfer speeds we have seen yet. Its shock resistant case can sustain drops of up to 3 metres and has 1000 lb crush proof rating with an IP67 rating making it water-proof and dust resistant. Add to this a five year warranty and that is a very good start.

The exterior case appears to be combination of soft and hard rubber material permanently affixed to an aluminum casing, and just under that, we have a yellow ribbed thick aluminum case which plays the part of heat sink where the PCB and SSD are set firmly inside that with two thermal pads that make a secure fit.  The SSD itself is a custom design of the WD Black SN750 enthusiast SSD that we reviewed here.

The feature set of the G-Technology Armorlock SSD just never seems to end.  An administrator can manage one or more multiple drives, manage access for local or remote users, and can view the last known location of any drive.  The Armorlock has secure erase for data security and is self formatting.

The Armorlock will be available for purchase as of the release of this report with a MSRP of $599 which is an absolutely phenomenal price, considering similar products we have reviewed previously which list in the area of $1300.  Check Amazon now for Armorlock pricing.