When it came to the actual hardware installation, the process went off without a hitch. In fact this has been one of the more enjoyable experiences Ive had when it came to completing a build, with everything fitting together very nicely. 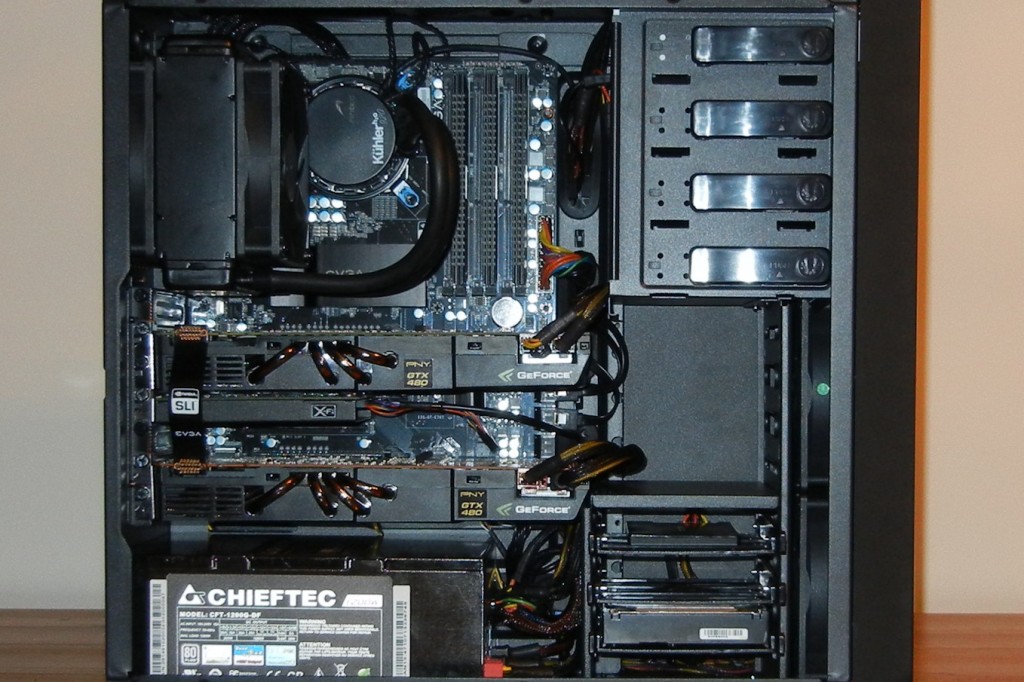 For those interested, the hardware here consists of a Core i7 950 chilled by the aforementioned Antec Kuhler 920, 12GB DDR3 1600, two GeForce GTX 480s in SLI, X-Fi Titanium Fatal1ty Professional soundcard, Samsung SSD 830 256GB backed by a 1 TB Seagate 7200.12 HDD, and LG Blu-Ray combo drive all supported by an EVGA X58-SLI3 motherboard. Don’t forget the 1200W Chieftec power supply, which provides more than enough juice for the high power draw of these components.

In the past, Ive worked with cases that employed flimsy or otherwise brain dead drive bay mechanisms, Ive fallen victim to cheapness and the abundance of sharp edges that always seems to go hand in hand with trying to save a little too much money, and have even repurposed more than one enclosure to being a glorified coffee table. The fact is, many computer cases simply arent that well designed, being counterintuitive in some way or another that limit their usability to the point that adding new hardware (or simply removing a side panel) becomes a royal pain in the backside. Luckily, the Raider seems to be the antithesis of atrocious design choice and has been built with the enthusiast in mind.

In particular, the motherboard tray has a cut out near the processor socket which, in many cases, makes motherboard removal unnecessary when installing new cooling for your processor. 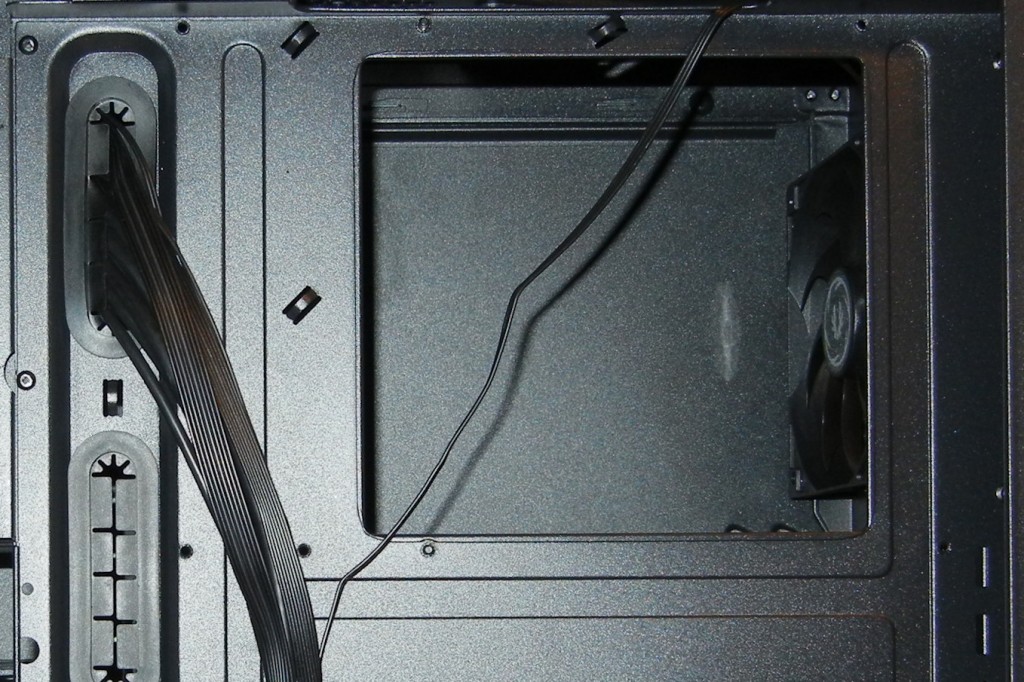 Another useful aspect is the collection of holes lined with rubber grommets which serve to make cable routing a considerably easier endeavor. This brings us to the back of the case, which is where all those unseen cables will be spending most of their life. This is another place in which the Raider provides an abundance of extra area, which users can take advantage of to perform their magic disappearing cable act. 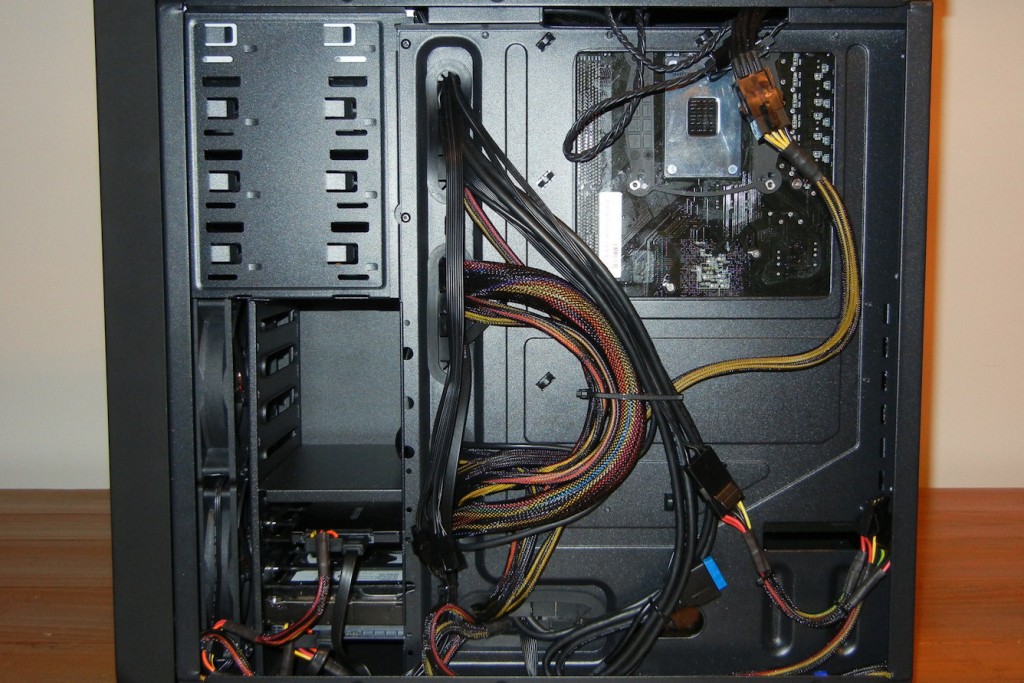 Did I also mention that the extra room makes it much easier to put the right side panel back on the case? Well, it does, and those who have run into this issue in the past will be especially appreciative of this dodged bullet. Again, it all goes back to design, which BitFenix has obviously put a lot of effort into.

I should also comment that those with internal water cooling kits will have no problem installing even the most massive hydro filled monstrosities into the case, as there is a considerable amount of clearance, with no fans or anything else to get between you and Neptunian nirvana. The comfortable fit of an Antec Kuhler 920 does an exquisite job illustrating that fact. 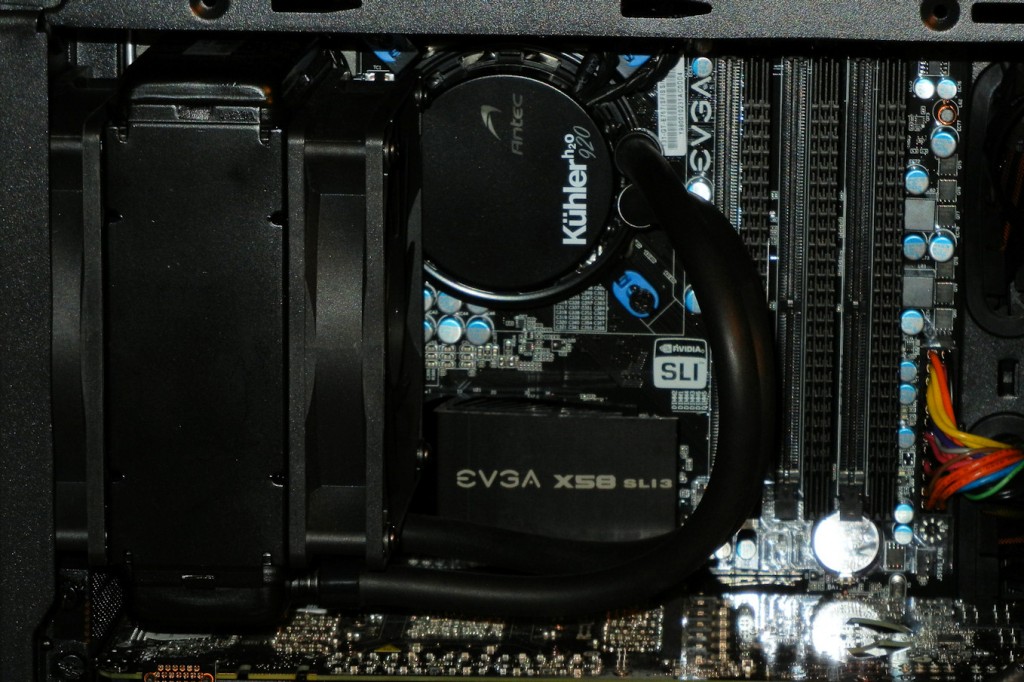 This roominess will help users avoid having to swim upstream when attempting to achieve legendary overclocking results, making it relatively easy for them to get their feet wet. Certainly, this will help prevent tempers from ‘boiling’ over due to hardware having to be sent back via RMA.