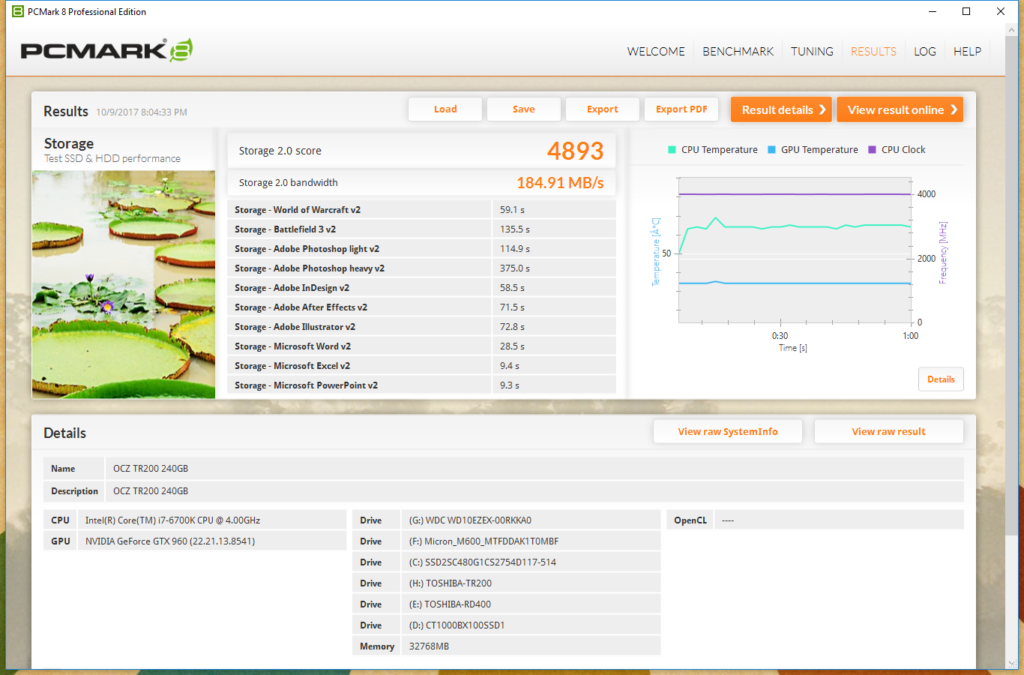 These scores place the Toshiba TR200 at the end of the pack. There we can see a fairly large performance improvement over the TL100 at the 240GB capacity and, overall, results are similar to the previous TR150, albeit, slightly lower.

When comparing to other similar SSDs in PCMark 8, the Toshiba TR200 stands out, but not in a good way. Based on our results, the DRAMless TR200 seems to have the same inconsistent performance profile that we have seen in other DRAMless SSDs. The 480GB model even spiked up to 9.5ms for its average latency in the heavy workload phase, which actually exceeds the latency we have seen from a WD Blue WD10EZEX 1TB desktop hard drive, although the average throughput from the WD Blue HDD is only about 13MB/s. Once the recovery section comes into play, it seems the TR200 is able to fair better, but still, results are behind all the other SSDs in the comparison testing pool.