In PCMark Vantage the 960 EVOs achieved 337K and 341K points respectively. These are excellent results that even beat the 960 Pro we tested! The 1TB model’s result of 341K is even ranks it as the highest result we have gotten in this test so far! All performance speeds were over 1GB/s with the majority around 1.5GB/s and up to 2GB/s in two tests for both drives. Overall, these are killer results. Let’s see how PCMark 8 ranks these bad boys. 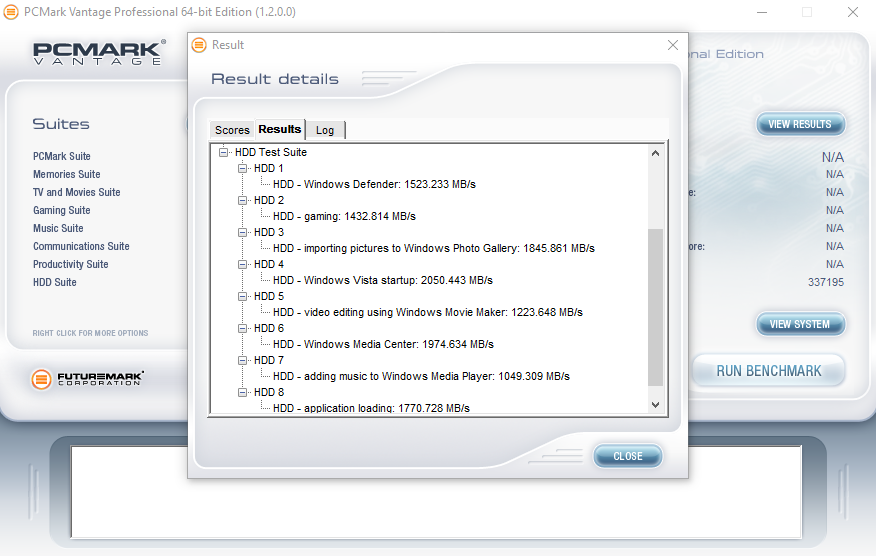 During our extended testing with PCMark 8’s consistency test, we noticed that in the degrade and steady state portions of this test the 250GB model had very high latency and the lowest MB/s compared to the other drives. At the recovery phases, however, it was able to quickly recover and it performed much better and offers much better performance under the more realistic type of desktop use case scenario. It even beat out the 400GB Intel 750. The 1TB model, in contrast, offered much better performance in both the heavy workload and light workload stages. During the recovery section, it is nearly tied with the 960 Pro!

To have a better understanding of its performance characteristics we turn to the results of a normal run of PCMark’s Storage test. This will allow us to see where it truly stands, where there isn’t such a hard workload thrown at it before testing and where the workload is more representative of a real-world load. This test is usually the big kahuna. Results here are what hold the most weight in considering which drive is better than another performance wise. So, let’s see how the drive we are testing compares to the rest of the pack!

In our standard run of PCMark 8 the Samsung 960 EVOs easily beat out their SATA based brethren by a few hundred MB/s bandwidth, however, they are not top dog in their performance like the 960 Pro, and this was expected. TLC based write performance seems to restrain the 960 EVOs during write portions of the test and TurboWrite just couldn’t give it the edge it needed. Thus, we see MLC based competitors such as the OCZ RD400 beating it out. Still, with overall scores of 486MB/s AND 552MB/s, the 960 EVO is a great performing drive in the upper mainstream segment.