When we first took a look at the OCZ RD400 we noticed right away that it was identical to that of the recently reviewed Toshiba XG3, in fact, we would go as far to say that it is simply a XG3 in disguise! Of course with slight firmware tweaks and an added performance improving driver from OCZ. Digging around in the latest OCZ SSD Utility even somewhat confirms it by showing the the Config ID being XG3_57CZ! 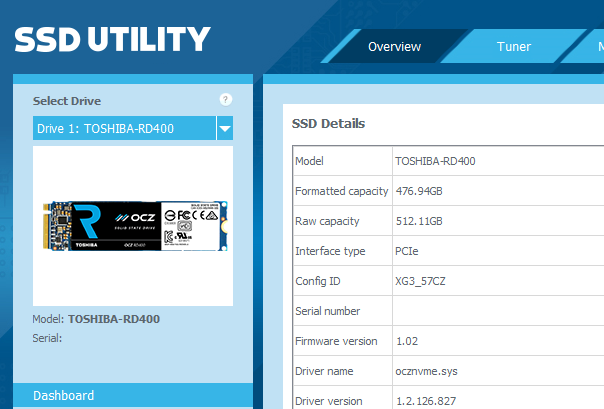 Looking back at the performance the OCZ RD400 has to offer during our grueling benchmarking sessions, it is without a doubt we can say it is one of the best consumer drives out on the market. It was able to achieve over 2.7GB/s read and 1.6GB/s write during ATTO. Crystal Disk Mark revealed 50MB/s read and 250MB/s write 4K QD1 performance.  In PCMark Vantage the RD400 was able to score 245-260K points with many speeds well over 1GB/s and in PCMark 8, it held its own against the fierce competition. Finally, when we put it through the paces for some real world file transfers, it boasted great performance and power efficiency. 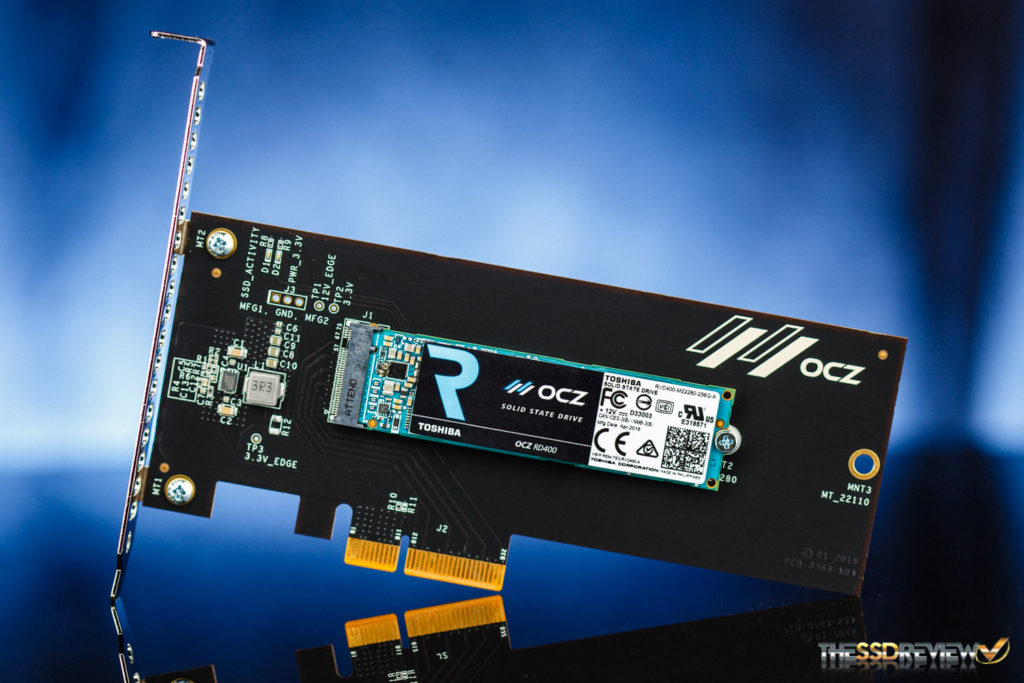 In the past OCZ developed the RevoDrive series for those who demanded more performance than what SATA could deliver. This product line has had a few updates throughout the years with the most recent before the RD400 being the RevoDrive 350. While these large, multi-controller SSDs were fast compared the SATA based competition, with the introduction of NVMe, they have become a thing of the past. It is about time they update the RevoDrive series with some NVMe performance in a much more versatile form factor! 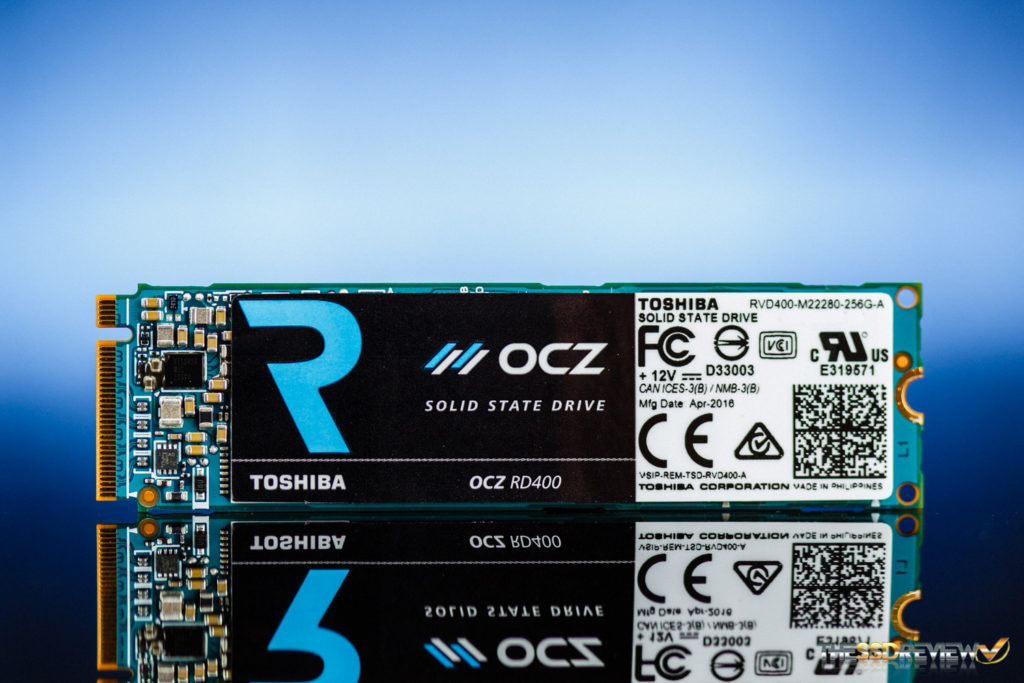 A direct competitor to the Samsung 950 Pro and Intel 750 Series the all new RD400 is OCZ’s first consumer M.2 NVMe SSD to enter the market. While this is substantial on its own, what is even more noteworthy is the fact that while other manufacturers state they will have 1TB options in their product line soon, the RD400 is the first consumer M.2 NVMe SSD that is readily available for purchase in 1TB right now! So, if one of you many storage enthusiasts has been waiting for a higher capacity option other than the oh so typical 512GB maximum in a M.2 form factor or want to save some $ in comparison to the Intel 750’s 1.2TB model, order the 1TB RD400 today and be the talk of all your friends!

The OCZ RD400 is so good we just had to give it out Editor’s Choice award!

Check out the OCZ RD400 at Amazon Today!

The OCZ RD400 is a killer SSD. With speeds of up to 2.6GB/s read and 1.6GB/s write, a 5- year warranty, and very competitive prices, we can't help but recommend this SSD to those looking for a new high performance drive.