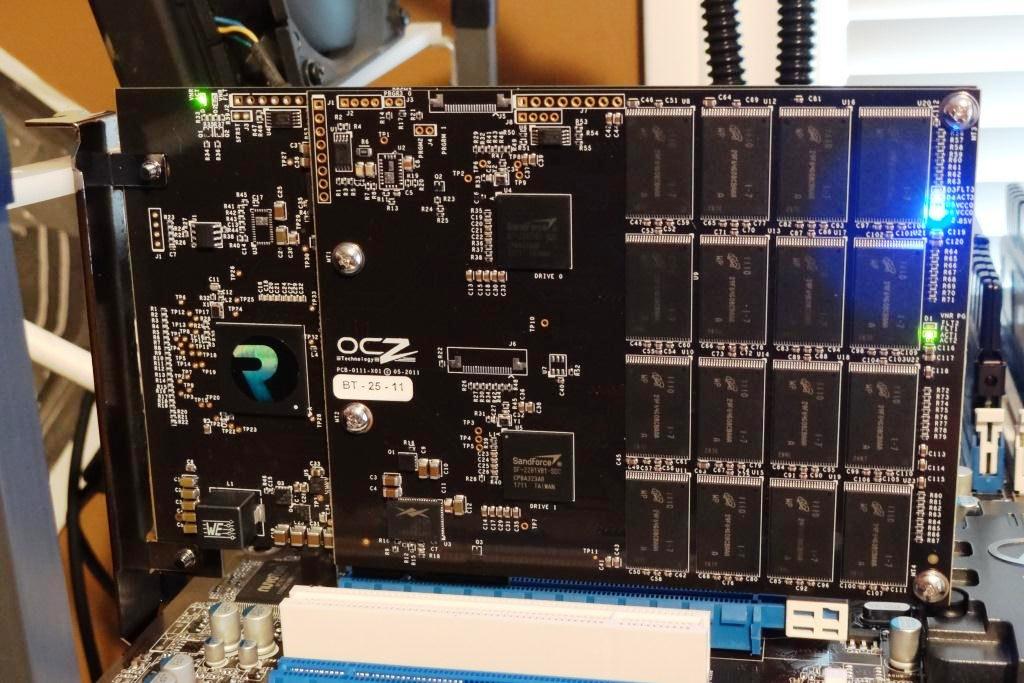 As odd as it may seem, that was way back in 2011 and a ‘high performance’ contender never emerged in that market until Mushkin Scorpion availability in late 2012, followed by the Deluxe version we reviewed late last year.  The Scorpion Deluxe is capable of a wicked 2.1GB/s read and 1.9GB/s write with up to 107K IOPS but it had one problem; Mushkin could not keep up with availability.  We don’t quite know why but the high-end PCIe SSD market has gone unsatisfied for some time and, if the number of e-mails we received with respect to the availability Mushkin Scorpion Deluxe PCIe SSD is any indication, the market is hot for PCIe SSDs. It has become years of our thoughts that if manufacturers could market a product with a great price, monster speeds in the area of 2GB/s along with  ample availability, we may just have something.  Enter the new OCZ RevoDrive 350 PCI Express x8 SSD.

Available shortly after posting of this report, the OCZ RevoDrive 350 PCIe SSD completes the transition of OCZ products to in-house Toshiba NAND flash, marking itself as OCZ’ workstation grade SSD solution.  It will be available in capacities of 240, 480 and 960GB with a 3 year warranty.     Performance of the new Revo 350 is variable as shown in this OCZ chart:

Check Out another independent Revo 350 PCIe Review at Technology X!

Inside the RevoDrive 350 packaging, one will find only the RevoDrive itself and a mini-disk that contains a very detailed set of installation instructions, warranty information and a driver.  Through installation on two separate systems, the first required installation of the supplied driver, while the second did not which bewildered us just a bit.

The driver also comes with an executable that only need be clicked to keep things quick and easy.  Once installed, there is a 5 second delay in the boot sequence prior to system BIOS that accommodates for this SSDs ability to work as a boot drive.