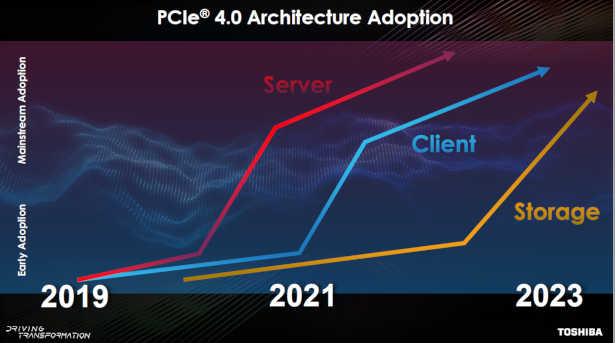 The Toshiba Memory CM6 and CD6 are enterprise / data center SSDs that support the PCIe 4.0 interface NVMe 1.4 specification.  The CM6 can be configured as either PCIe 2×2 or PCIe 1×4, while the CD6 is configured as PCIe 1×4.  They are produced in the latest U.3 (SFF-TA-1001) form factor, and feature Toshiba Memory’s latest 96-layer BiCS FLASH 3D NAND memory.  Both models offer performance and power improvements of up to 30%, including maximum data transfer rates of up to 6700MB/s.  This equates to an increase over SATA III speeds by a factor of 12X. 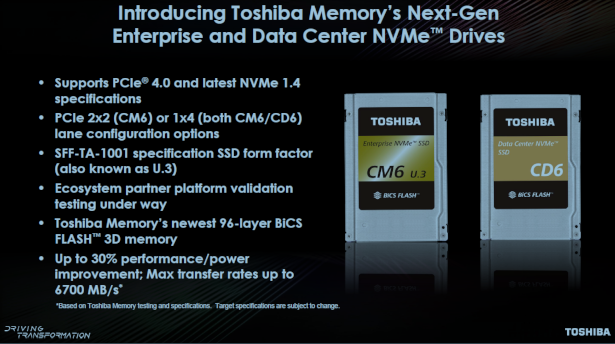 The U.3 (SFF-TA-1001) form factor represents the ultimate in flexibility for enterprise and data center usage.  The universal backplane allows for plugging in of any SSD.  The NVMe protocol can be deployed into any SSD socket with minimal investment.  The architecture is switchable within the SSD for either U.2 or U.3 connectivity.  Tri-Mode controllers along with U.3 allow for true system flexibility. 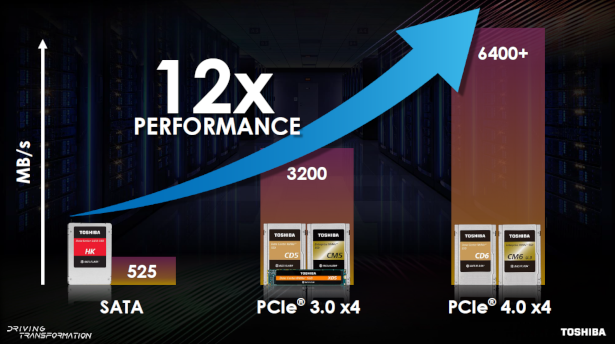 U.3 SSDs feature full backwards compatibility with U.2 hosts (while U.2 SSDs are not forward compatible with U.3 host systems).  U.3 SSDs are able to automatically detect host port type, and figure PHYs accordingly.  Signal integrity with U.3 is significantly improved over U.2 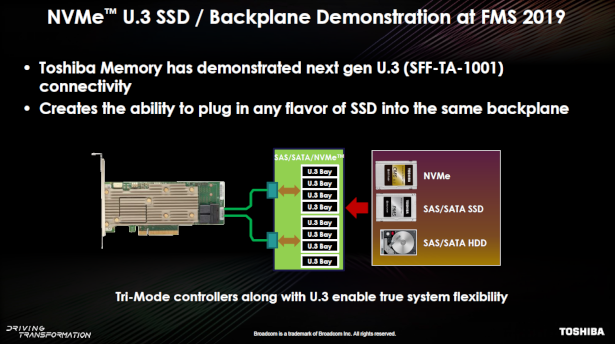 Stay tuned for further developments of Toshiba’s latest innovations, which we will cover as we learn of them.