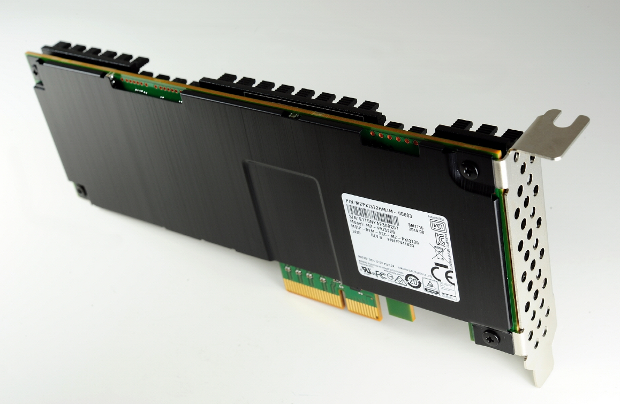 Samsung’s SM1715 represents an upgrade in terms of reliability and performance from the previous XS1715.  The XS1715 earned a Best of Show Award at the 2014 Flash Memory Summit as one of the most innovative flash memory technologies.  The SM1715 will be offered in both 1.6TB and 3.2TB versions.  Coupled with 800GB and 1.6TB versions of the XS1715, Samsung is increasing enterprise customers’ NVMe options.

According to Jeeho Baek, Vice President of Memory Marketing at Samsung Electronics, “Beginning with mass production of this new V-NAND-based NVMe SSD, which delivers the highest level of performance and density available today, we expect to greatly expand the high-density SSD market.  Samsung plans to actively introduce V-NAND-based SSDs with even higher performance, density and reliability in the future, to keep its global customers ahead of their competition.”

Beginning in 2013, Samsung has been introducing a range of industry-first 3D V-NAND-based SATA SSDs for both PCs and data centers.  The newest SM1715 accelerates the transition to the NVMe interface being utilized in the upper-end server market, and expands Samsung’s 3D V-NAND SSD business to offer drives with more than 3TB of storage capacity.

You can view the Samsung press release announcing the SM1715 3.2TB NVMe PCIe SSD in its entirety here.