Sources are reporting that OCZ Technology may be readying a new generation of its Vertex line of high-performance consumer SSDs.  To be called the Vertex 5,OCZ may be preparing to bring a new flagship product to market, supplanting the Vector series.

OCZ and others have been chasing Samsung and its 840 and 840PRO series, which lately have been pretty much dominating the performance segment of consumer SSDs with their aggressive pricing. With yesterdays release of the very low priced Crucial M500 SSD, Samsung may soon be chasing sales at the 1TB level.  The Vertex 5 would likely utilize the Barefoot 3 controller like the Vector, albeit with some likely firmware tweaks.  Sporting 20nm MLC NAND Flash, the Vertex 5 lineup would come in the expected 128GB, 256GB, and 512GB capacities.

With 1TB drives now becoming available, it might be interesting to see if OCZ jumps into that space as well.  Actually, it would be interesting to just see a bit oif confirmation on the new Vertex 5 to start.  One step At a Time… Stay tuned! 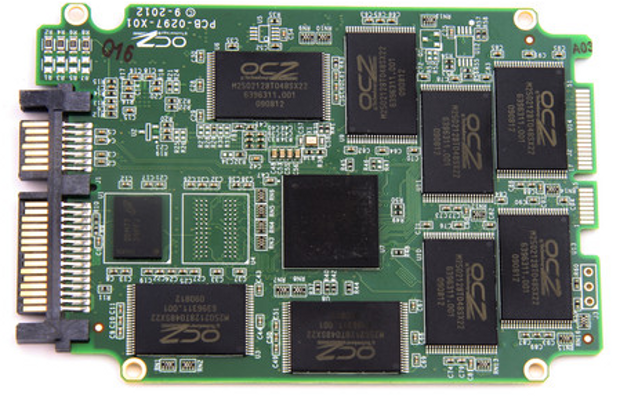 Rumors are pointing to a late May of 2013 launch but we can put our word on the fact that this is a bit premature…maybe more than a bit.  If anything, we might suggest announcement and previewing at Computex.  Stay tuned for more details as they become available.