The Premier SP580 SSD offers sequential read speeds of up to 560MB/s, and sequential write speeds of up to 410MB/s.  The included SLC cache delivers an “on-demand” performance boost by operating in simulated SLC mode when encountering intense data loads.  The Premier SP580 supports S.M.A.R.T. drive health and monitoring attributes, the TRIM command (where operating system supported), and NCQ commands.  The Premier SP580 is rated for 1,500,000 hours mean time between failures (MTBF), allowing ADATA to back it with a three-year limited warranty. 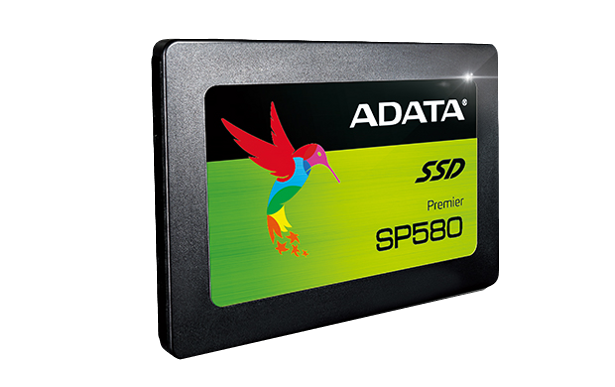 ADATA’s Premier SP580 supports DEVSLP low power mode, reducing power consumption, as well as extending battery life when installed in a portable computing device.  ADATA is offering the Premier SP580 in 120GB and 240GB  versions, and includes a 2.5mm spacer to make it a viable option for either desktop PCs or ultrabooks and notebooks. 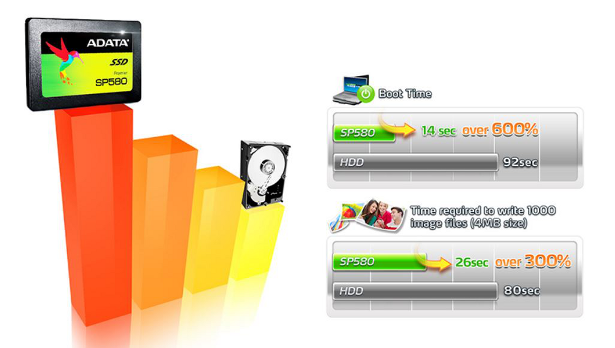 As with all ADATA SSDs, the purchase of every Premier SP580 includes a free download of ADATA’s SSD Toolbox software, which allows users to monitor and manage the performance of their ADATA SSD.  Also included is a free download of Acronis’ True Image data migration and backup software to facilitate the move from an HDD to your new ADATA SSD.

The ADATA Premier SP580 SSD is available now from authorized ADATA online partners.  You can view the product page for the Premier SP580 here; and the press release announcing it in its entirety here.