Hot on the table in our labs today is the LSI 9260-8I MegaRAID 6Gb/s SATA+SAS internal RAID card and it happens to be sitting beside 8 Crucial C300 SATA 3 SSDs and 8 OWC Mercury Extreme Pro RE SSDs.

We are going to put this card through its paces and brace yourself because we have been pulling off amazing speeds as high as 2.5GB/s and 1.7GB/s for high sequential read and write access.

As amazing as this review is, in that we don’t really get the chance to test any piece of technology with 8 SSDs of each SATA interface every day, we have to let you know right off its just a teaser.  Our follow up review will be an exclusive review of the newly released to be released LSI MegaRAID 9265-8i MegaRAID Card which is capable of 2.7GB/s read and 3.3GB/s write access with an amazing 465, 000 IOPS.

The LSI 9260-8i MegaRAID card is a SATA 3 internal RAID card that allows us to connect up to 8 hard drives (or in our case SSDs) in a variety of multi-level RAID configurations to include RAID 0, 1, 5, 6, 10, 50 and 60.  It installs through a quick clip into your motherboard PCIe 2.0 x8 slot and, as we saw with this card, is recognized immediately.

This value of this card becomes more apparent as we move into the world of solid state drives and higher storage speeds, the same speeds that become bottle-necked at around the 600MB/s mark through use of Intel ICH10 RAID configurations.  The ability of this card to bring us into speeds in excess of the 2GB/s mark, not only lets us push bar when it comes to our system performance, but also opens the door to any number of possibilities in the enterprise world.

Take a quick peak at this video which demonstrates the use of the 9260-81 in ‘The Dark Energy Survey’ which tries to tackle one of todays greatest scientific mysteries, why the acceleration of the univers seems to be speeding up. 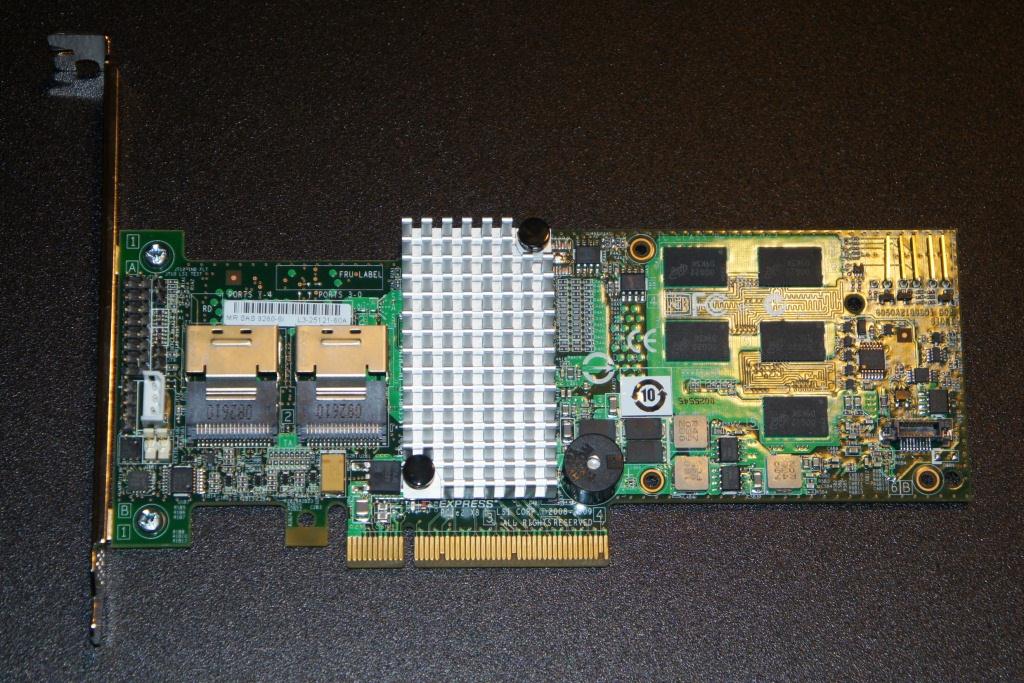 At the heart of the LSI 9260, is the 800MHz PowerPC LSISAS2108 ROC which is located beneath the silver heat sink and  is the sole reason they can advertise amazing speeds of 2.8GB/s read and 1.8GB/s write access speeds for the unit. To the left of this are two SFF 8087 mini- SAS connectors which, as we will see, allow for the connection of 8 SSDs through LSIs SAS to SATA connectors.  On the right, there are 5 modules of Micron flash which provide for the 512mb of on board cache and there is a connector for the battery backup unit which can provide the card with enough power to preserve data for 72 hours.  Last but not least, there is a sound alarm which is located lower left of the RAM. 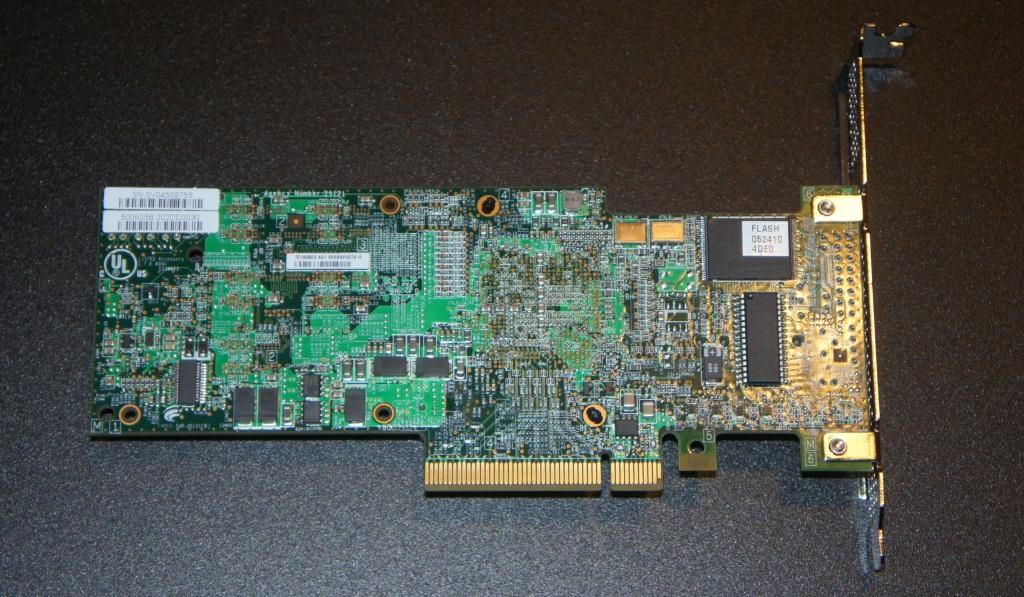 There is not really much of interesting the rear except for the PCIe 2.0 x8 which also works in 4 or 16 powered slots.

JOIN THE DISCUSSION IN OUR FORUMS!!