What is an SSD – Learning To Run With Flash

Have you ever wondered how a smart phone, IPOD or even an IPAD can work at such speed and instant access, yet your computer takes over a minute to start?  That question just might be the reason that you have joined us in our series ‘Learning To Run With Flash’ and, if so, congratulations!  You are about to enter a world that will change the way you look at PCs forever.  Together, we are going to cover as many bases as we can in an effort to, not only educate you on our world of solid state drives but also, we are fairly confident that you will want to buy a SSD on conclusion of our reports. When that occurs, we will be right here to help you along with purchase, installation and any wrinkles you may encounter along the way. 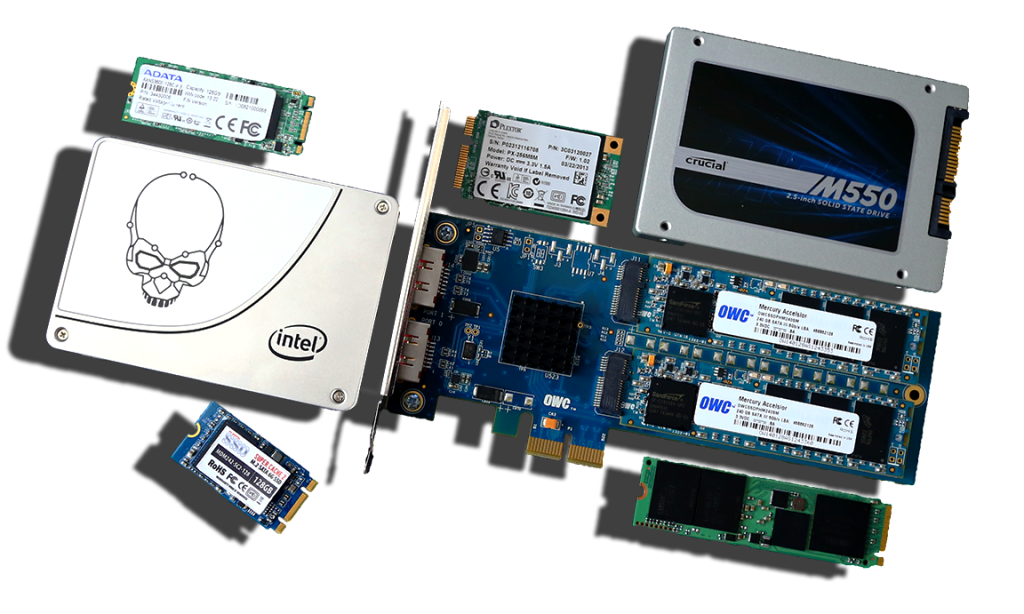 So what is an SSD???  In its simplest terms, a solid state drive is a storage device that retains data but does not require power to do so.  If you have ever used a flash drive, it is much the same except it resides in your PC or laptop in place of the hard drive.  Unlike the hard drive however, the SSD uses NAND flash memory for data storage rather than the magnetic disk that we have become accustomed to seeing in a hard drive.

The memory that an SSD (and flash drive) uses is called non-volatile memory and this is a fairly important term to understand.  Memory that is non-volatile can store information even when we do not supply power to the memory itself and examples of this include MP3 players and cell phones.  In contrast, we might remember that RAM memory in a PC loses any stored data when the PC is shut down and this is called volatile memory. RAM memory serves the purpose of temporarily holding information to significantly increase the speed by which it may be accessed or executed.

Solid state drives are probably the most important technological advance in decades and many might believe that the importance of solid state ranks even above such things as the CPU, memory and video cards.  The reason for this is that solid state drives visibly increase system performance significantly.  Have you ever wondered how Google, Microsoft, Facebook, Twitter, EBay, Amazon and so many other of the big internet companies can retrieve information so fast when you search?  You got it…SSDs.  Their data centers have all had SSDs incorporated some time ago and ‘big data’ just isn’t possible without solid state drives.  So how will this benefit you?

I have been in SSDs since their first introduction and I couldn’t imagine a more exciting topic.  In fact, I was the first to write about the first consumer SSD release way back in August 2007 and, as embarrassed as I am of that report now, take a read just to see that I feel exactly the same now as I did back then.  I still have that laptop as a matter of fact.

As much as anyone would have ever believed memory could be exciting, it is all about speed, plain and simple.  Our intent is to get an SSD into your computer and let you experience first hand the significant performance increase that will leave you in awe of this technology.  Not only will your PC start in typically 15-25 seconds, but also, the fact that a simple key press provides an instant response will make it seem like the computer knows what you are going to do even before you do.

The significant performance increase is the highlight.  Some might think that the price, in comparison to a hard drive is the big letdown, but we don’t believe so.  Through this series, we will set you up regardless of who you are and hope to provide a complete understanding of, not only the SSD but also, your system and how you can improve it to a level that you would never have believed possible.

Did we mention that the SSD also provides less heat, is completely silent, has no moving parts, provides greater battery life in portable systems, and provides data security unmatched by the hard drive.  As a brief example, I dropped my laptop while in the Military in 1993 and a report that was compiled through worldwide travel over a period of 6 months perished. That wouldn’t have occurred with an SSD. As much as I was wrong for not backing up the data, can you imagine the feeling of losing over 600 pages of information that required worldwide travel to acquire?

Stay tuned for our next report that describes the components of a solid state drive!

KEEP UP WITH THE ‘LEARNING TO RUN WITH FLASH’ SERIES!