The device arrived in a sturdy cardboard box that housed the unit and the necessary connectors, along with a software bundle CD. 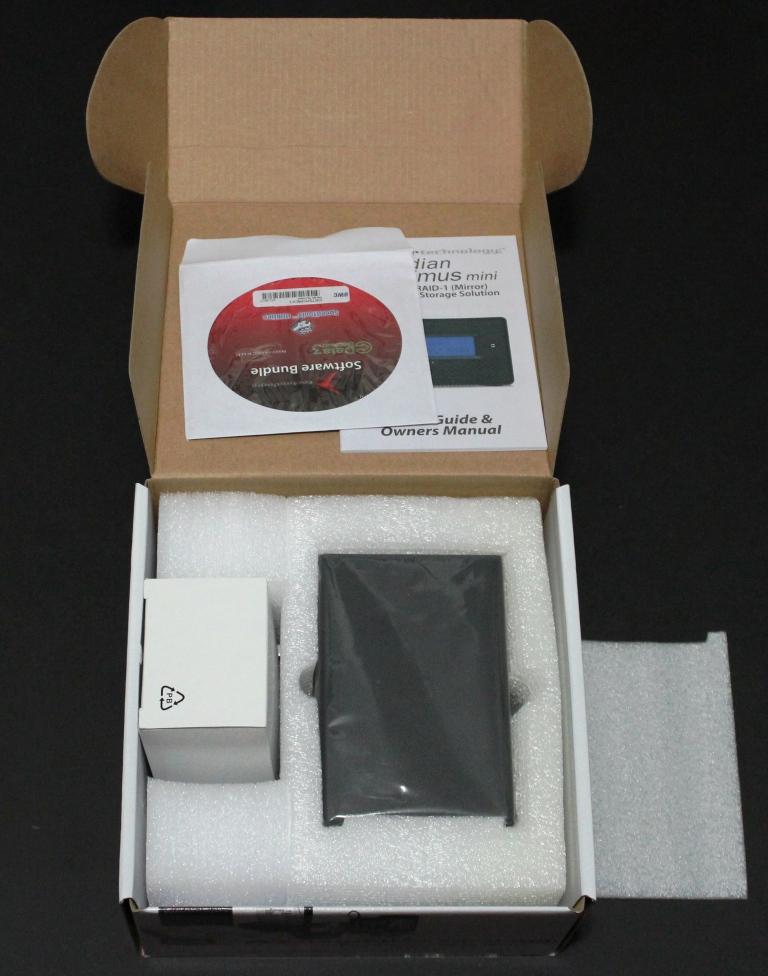 This enclosure is very small, and one of the great things about it in usage is that it can be bus-powered. In simple terms, this means that it can be powered without a plug in. When using FireWire 800 the power for this very small enclosure is provided by the FireWire. If the user chooses to use the faster eSATA port for data transfer, they can still use the FireWire for power which is really a neat function.

The enclosure is brushed aluminum and extremely sturdy. The exterior is all metal, and very strongly built, but surprisingly light as well. The front of the device reveals the two buttons used for controlling the menus and configurable parameters of the device.

The rear of the device reveals the Quad Interface. This is essentially four different connections that can be utilized for data transfer.  There is USB 2.0, eSATA, and 2 FireWire 800/400 connections. For eSATA if there is not another power source there is the included adapter.

This enclosure can be purchased bare, or configured with existing HDDs or SSDs of varying capacities.

In either case, swapping out and installing drives is a breeze. The removal of two screws from the rear panel of the device exposes the drives, which are contained in two drive trays. These trays slide out easily, allowing the user to swap out devices.