We are often amused at the progression of SSDs throughout the years.  Even today, check anywhere and you can easily find information on the fastest SSD, or even the highest capacity SSD, but what about SSD form factors?  Form factor progression has seen SATA 3 notebook SSDs grow into to PCIe SSDs, AIC, mSATA, U2 and then to what was originally termed NGFF (Next-Gen Form Factor).  NGFF is actually an M.2 form factor with a new ‘flash specific’ protocol and host controller interface called NVMe (Non-Volatile Memory Express) which hits speeds up to 7GB/s and capacities of 8TB.  But enough of all of that, what has become of the plain ole notebook SSD that we started with? 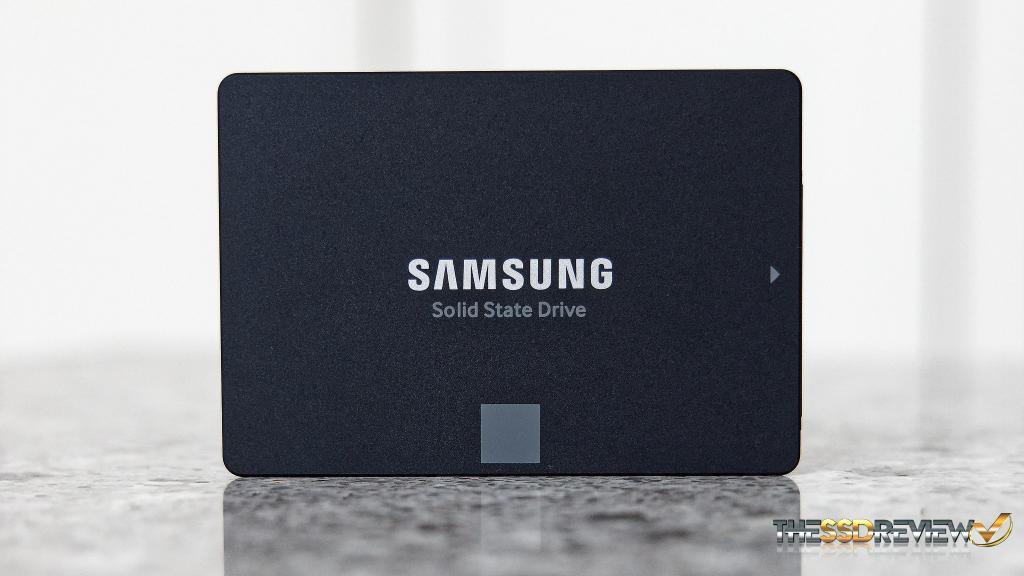 Would you believe that notebook SSDs are as popular as ever today?  Thanks to… well people like me I guess…we have hyped the progression of SSDs so much in order to move them forward, that we simply overlook the top selling SSDs of all time… 2.5″ notebook SATA 3 6Gbps SSDs.  On our Test Bench today is the newest Samsung 870 EVO SATA 3 SSD, in both the 1TB and 4TB capacity.

The Samsung 870 EVO is a SATA 3 SSD (6Gbps) which still today can replace the notebook form factor SSD or any hard drive you may have in your PC.  It is available in capacities of 250GB, 500GB, 1TB, 2 TB, and 4TB.  Performance is listed as being 560MB/s read and 530MB/s write, along with 98K read and 88K write IOPS at low 4K random disk access.  We can also state right off that, at least for the 1TB and 4TB capacities, performance is identical.

Understanding that SATA SSDs have reached their top performance threshold some time ago, at least for high sequential advertised speeds, Samsung promises roughly a 38% increase in random read speeds and 30% improvement for sustained performance which is definitely geared, at least somewhat, to NAS users. This SSD also has AES 256-bit hardware encryption and endurance is rated starting at 150TBW for the 250GB and doubling for every capacity higher.

As with previous notebook SSDs, Samsung remains to house the 870 EVO within a two piece flat black aluminum clamshell type casing, secured on the bottom by three screws, only one of which is exposed.  There is no way of opening this SSD without damaging that branding sticker covering two of the screws, nullifying any thoughts of that 5-year limited warranty service from that point forward.

We opened the 1TB Samsung 870 EVO to get a look at its components, all of which are set into a 1/3 size green PCB (printed circuit board).  On this SSD, you will see a single chip (1TB) of Samsung’s latest 128-layer TLC V-NAND memory, its MKX ‘Metis’ SATA controller, along with a Samsung LPDDR4 DRAM memory chip; all Samsung components and they wouldn’t have it any other way.

What is a bit surprising is that the back of this SSD PCB is completely bare; this is a single chip 1TB single-sided notebook SSD.