Sometimes we get fortunate enough to have just the right hardware at just the right time. Such was the case when Sony sent us their new VAIO Pro 13 Ultrabook with a Samsung XP941 M.2 PCIe SSD for review.  That SSD provided performance speeds over 1GB/s and enabled our statement of the VAIO Pro 13 as being the smallest, lightest and highest performing ultrabook available to the consumer today.    In publishing that report, we found ourselves with two Samsung XP941 M.2 PCIe SSDs on hand and the opportunity to configure one dynamite RAID 0 configuration, the other XP941 having been the subject of this SSD analysis. 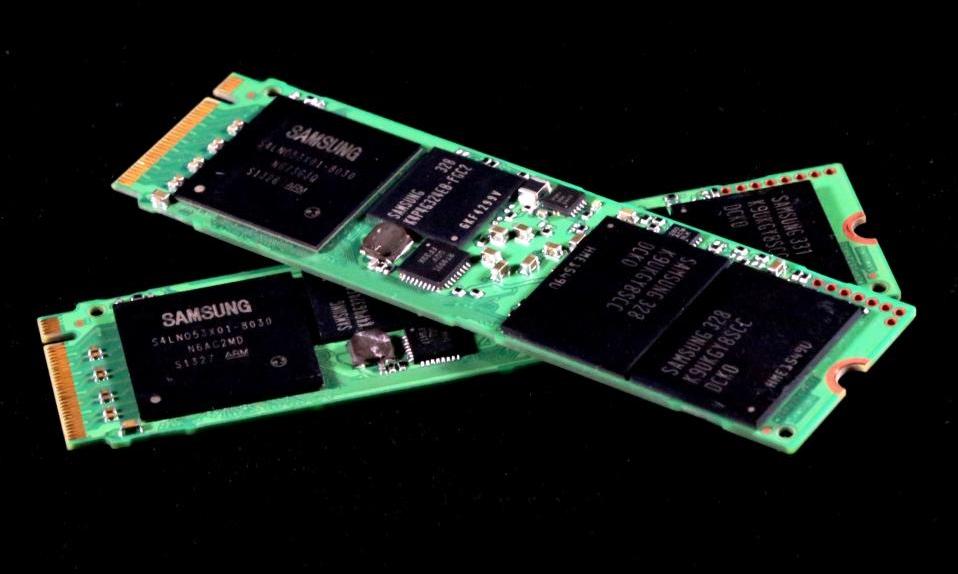 This idea had originally come to mind in viewing the 256GB capacity XP941 and observing that the bottom of the PCB was practically empty through Samsung’ use of two 128GB capacity 10x class MLC 64Gb memory, rather than the norm of 4 x 64GB packages.

We considered that, although the PCB tracing might be a a bit delicate, Samsung could definitely create a XP941 512GB M.2 SSD in RAID o by adding another controller and RAID controller to the mix. A bit ambitious perhaps but, if anyone could pull this off, Samsung could.  For anyone wanting to know the exact configuration of each XP941, clicking on either of the links in our opening para will help you along.

Our next task was to tackle configuration of two PCIe SSDs within our system and it was fortunate that we had two different M.2 PCIe SSD adapters on hand.  Where at first we believed that we could simply plug the XP941 SSDs into the dual slot of either card, such was not the case.  Both cards are set up for as varied of application purposes as possible and only one of the two PCIe slots worked specifically for this purpose.

The card used for the XP941 found in our Sony VAIO test sample is the BPlus M2P4S Dual M.2 (NGFF) PCIe 2.0 x4 Adapter.  It is interesting to note that, just as a native M.2 PCIe SSD can’t be switched off in a system for a SATA M.2 PCIe SSD, the same goes for adapters and separate adapters must be utilized for each type of M.2 SSD.

New to our bench is also a PCIe 3.0 X16 Dual M.2/NGFF adapter, which should take care of any future higher performing M.2 SSD needs. A bit amusing is the fact that this card was configured for our needs and doesn’t quite fit computers as it should, as it needs to accommodate full length M.2 form factors at some point. This adapter can be obtained from Soliton Technologies.

The protocol for our testing was pretty simple, in that, we were simply going to set both XP941 M.2 PCIe SSDs in a RAID 0 configuration and test.  Our SSDs differed in capacity, one being 512GB with the other 256GB, which meant that only 256GB of the 512GB capacity could be used in setting up the dynamic RAID 0 volume.  The volume was set up quick and easy by following Start Button/Control Panel/Administrative Tools/Computer Management/Storage/Disk Management and right clicking on the first empty volume, selecting RAID and dragging the other volume over.