It has been a long time in the making but the new Plextor M6S family is finally rolling out.  Based on Marvell SSD controllers and Toshiba NAND flash memory, we got our first glimpse at the M6e M.2 PCIe X2 SSD some months ago in our IO-Switch Raijin Review, followed by our official analysis of the 512GB capacity M6e (and some great RAID testing) a short time ago.  To be completely honest, we have been just a bit spoiled by all manufacturers with respect to our M.2 SSD coverage.  Things are a bit different today, however, as we introduce the Plextor M6S SSD, the newest of the Plextor M6 family and with a brand new Marvell controller. 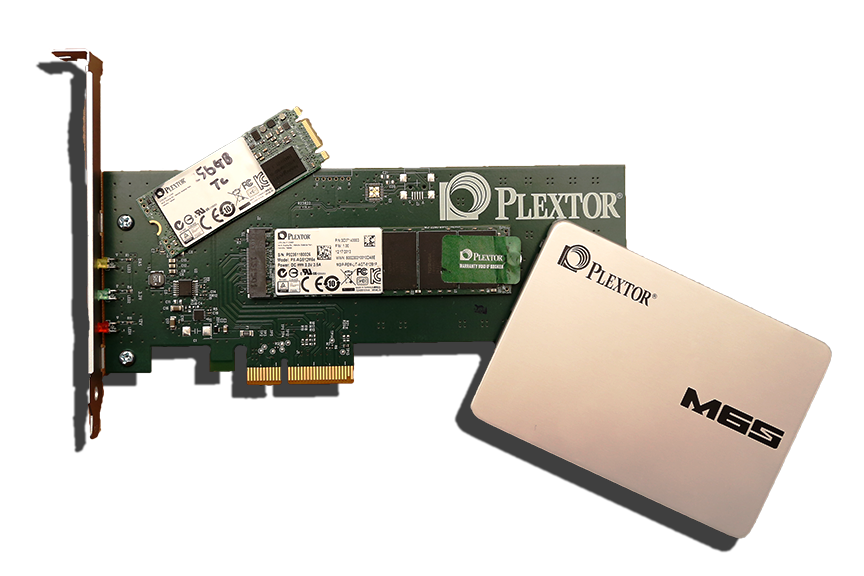 Traditionally, Plextor has remained loyal to their allies and you won’t be seeing any controller but Marvell, or any memory but that of Toshiba, in a Plextor SSD any time soon.  These are deep-seated partnerships and may even be the reason that Plextor has enjoyed such success, avoiding some of the speed bumps experienced by other manufacturers as SSD technology matured.  The advantage of remaining with set components allows your engineering team the opportunity to specialize just a bit more in what they are best at.

The Plextor M6S is encased in a two piece aluminum shell that is secured by four screws on the sides of the SSD.  One of the screws is covered with a security sticker that would void any warranty should it become damaged while taking a peak inside the SSD.

Inside the shell is a green printed circuit board (PCB) that contains the Marvell controller, eight packages of memory and one module of DRAM cache memory.

The controller used is the Marvell 88SS9188 four channel controller and this is the first time we have seen it.  We might bet that it has a great deal in common with the 88SS9189 that has appeared in  the Micron M550 and ADATA SP920 SSDs most recently, our reasoning primarily following the lines of performance similarities when examining the IOPS specs.

There are eight modules of Toshiba 19nm MLC Toggle Mode NAND flash memory on the front of the SSD with the back being void of components.  Each module is 32GB in size and we might bet that there would be an additional eight modules of this exact memory on the bottom of the PCB if this were to be the 512GB capacity.  Also on the front of the PCB is a Micron DDR3 512MB DRAM cache memory module.