Although we have yet to reach SATA 3 bandwidth max, there will be a number of manufacturers introducing SATA 3 drives in the next few months. Next to actual ‘true to life’ testing which can take an insurmountable length of time, PCMark Vantage is the only program that can compare any SSD, side by side, regardless of SATA interface or controller in use.

The big question we have is how the V3 Max IOPS will fare, head to head against the Vertex 3 for transfer speeds in the 8 Vantage tests: 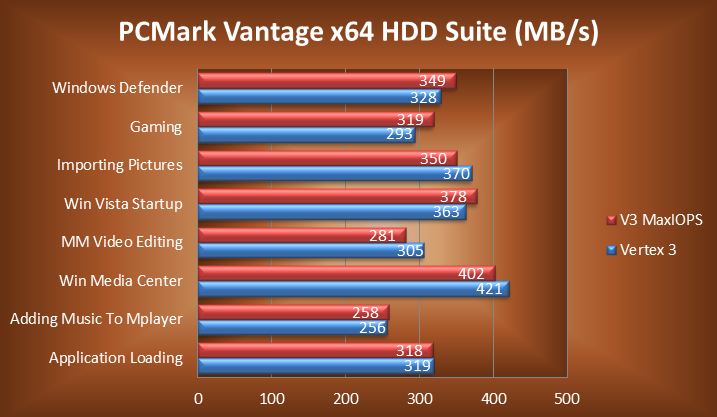 As you can see, these drives are neck in neck in access speed testing and, in fact, their total Vantage Point Scores were 70639 for the V3 MaxIOPS and 70624 for the Vertex 3.  How much closer can we get than that? 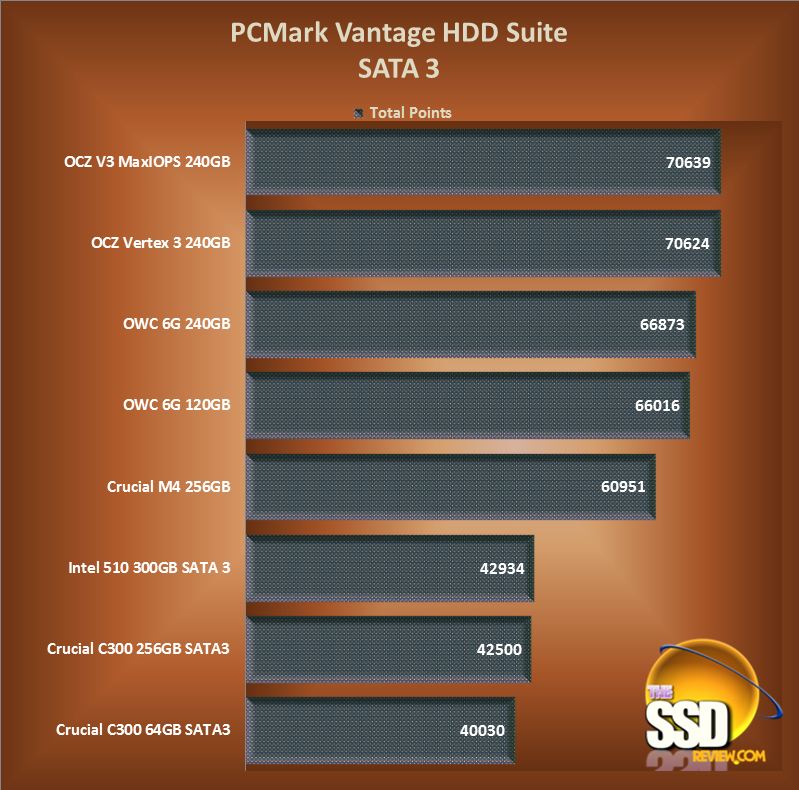