You may not see this for long (and it’s definitely not common) but you get a freebie simply for reading!  Over the last little while, we have been assisting with beta testing new benchmark software called Anvil Storage Utilities which is an absolutely amazing SSD benchmarking utility.  Not only does it have a preset SSD benchmark, but also, it has included such things as endurance testing and threaded I/O read, write and mixed tests, all of which are very simple to understand and use in our benchmark testing. 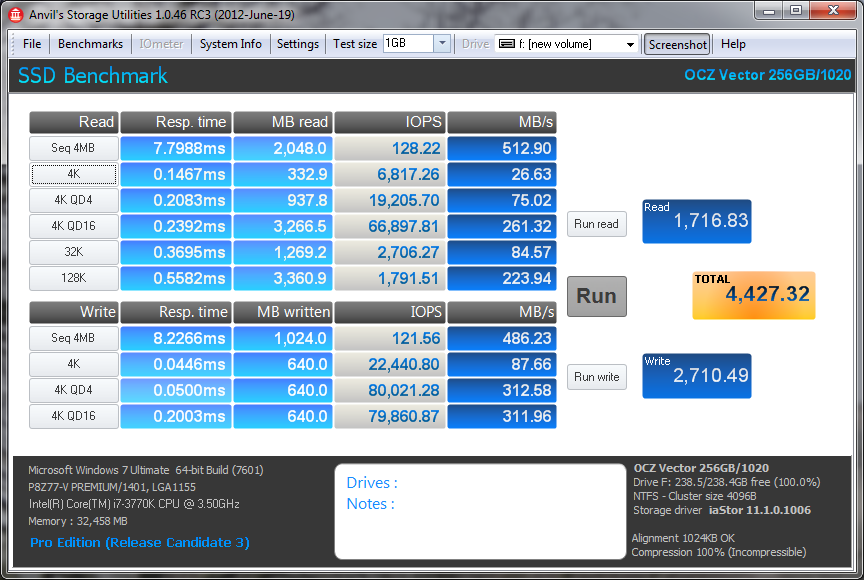 The characteristics of performance are all shown in Anvil Storage Utilities and appear very strong.  As much as we like seeing quick disk access, the transfer speeds and IOPS are excellent although IOPS are still a bit lower than specs.  Lets increase the 4K queue depth to see if we can match specifications: 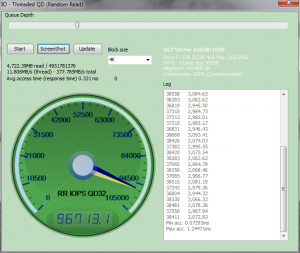 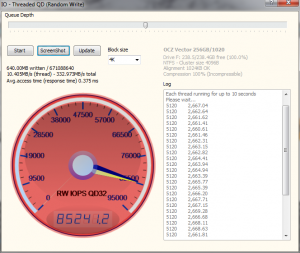 The OCZ Vector pulled through PC Vantage testing with a Total Score of 74096 and a high transfer speed of 429MB/s when testing in Media Player.  This is the second highest score we have seen yet and is just behind the recently reviewed Samsung Pro which pulled off a score of 75589.  Below we have the actual result which details individual transfer speeds: 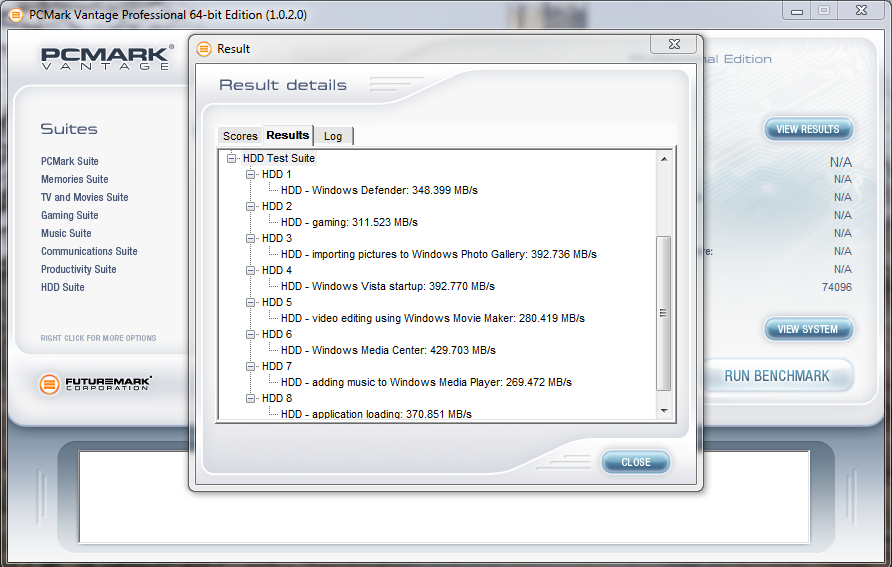 Our SSD Hierarchy Chart displays the top 25 rated SATA 3 SSDs with respect to their final Vantage Total Score only.  If you have been following through our reviews through the last few years, you might find that this chart is actually a good indication of how SSD technology has progressed.  The OCZ Vector is the second highest SSD we have tested to date. 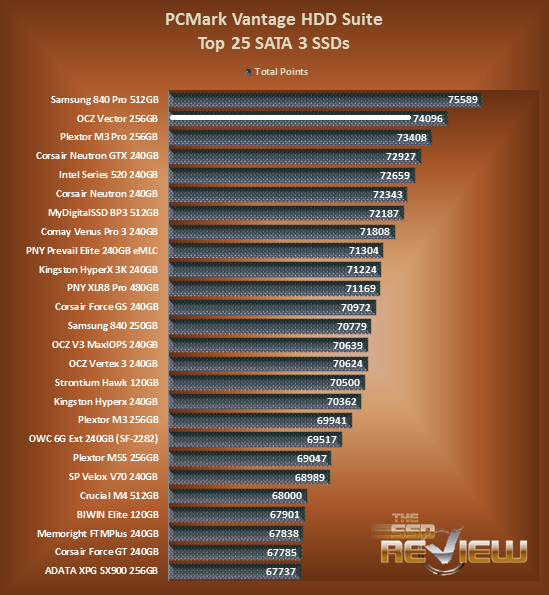