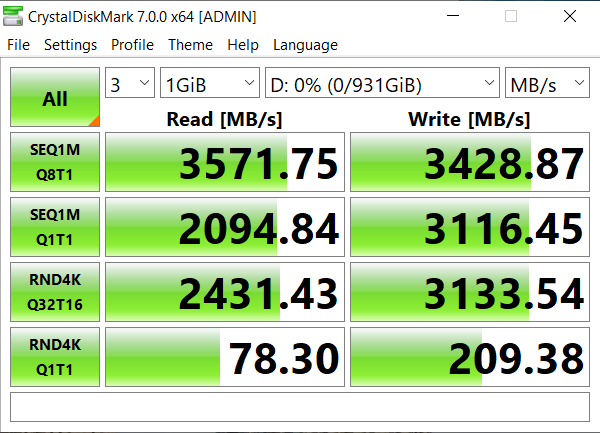 These results are just about the best we have seen from a PCIe 3 NVMe SSD to date.