As our top dog in all but AIC and RAID testing had been the Samsung 960 Pro M.2 which held that spot for some time, we weren’t surprised when the 970 Pro came in with a commanding 5104 points and 839MB/s bandwidth. 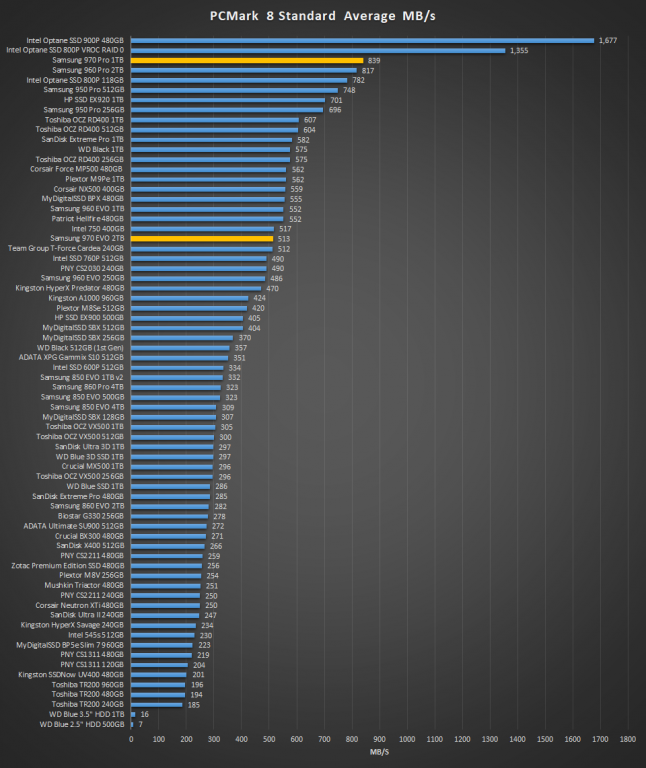 This even beat the Intel Optane 800P M.2 SSD, which might be expected as the Intel is only 118GB, vice 1TB. 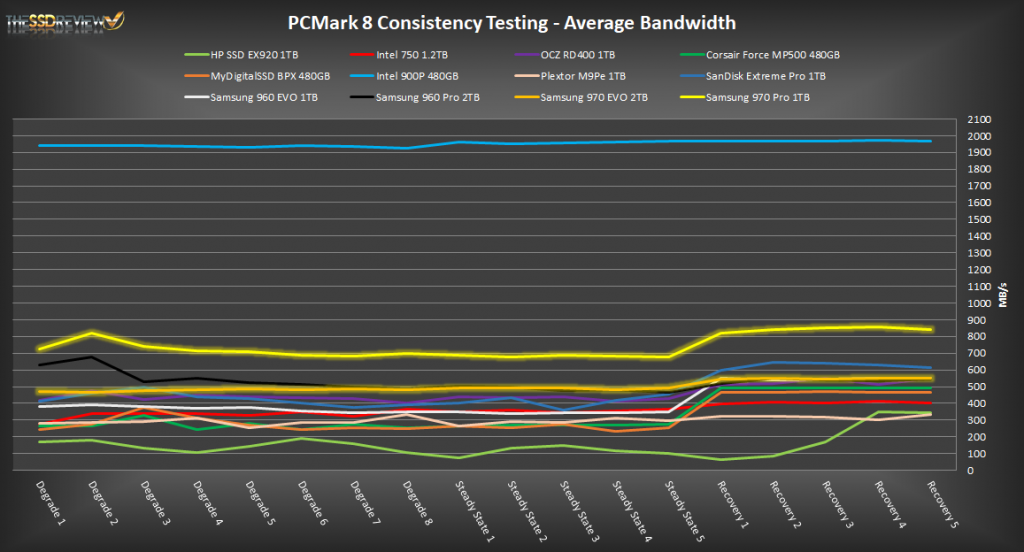 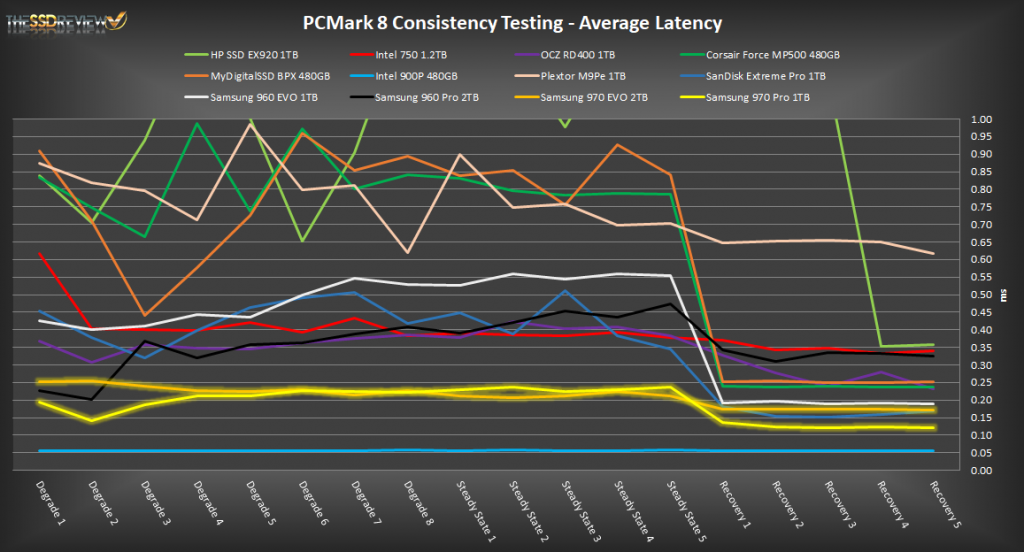 When examining, let’s take the Intel Optane 900P out of the equation right away as it is a HHHL AIC and it is just not a fair comparison with a M.2 SSD.  The massive size difference between a half-height half-length SSD compared to a M.2 form factor just makes the playing field so unfair.

In this test, both the Samsung 970 Pro and EVO did better than any other M.2 SSD we have ever put through this grueling benchmark.  Both have higher average bandwidth and lower latency throughout the just under 20 hours of this test.  Looking at the 970 Pro specifically though, it is leaps and bounds ahead of the rest, especially when considering average bandwidth that, until now, hadn’t been heard of for M.2 SSD.  Again best results yet!

THOSE 4 K NUMBERS AIN’T CONSISTENT ,ANVIL CAN’T BE RIGGED THEREFOR 60 MBPS RANDOM READS AND 200 WRITES IS MORE TO THE REALM,IT AINT THAT QUICK,I GET 3.56 GBPS READS FROM A FLAGSHIP OEM/IBM VARIANT,CRYSTAL SOFTWARE ,THAT DON’T MEAN I OUGHT TO ASSUME IT’S THE REAL WORLD,NO?
YOU FAILED TOIMENTION SPECIFIC DRIVERS USED IN THIS UNREAL CRYSTAL BENCH TEST,NO?

Can’t wait for the 980 PRO, which should introduce PCIe 4.0 support!