Perhaps one of the odd ducks in the SSD space has always been Plextor.  Their SSDs have always been amongst the best, but for some reason, they never gained the recognition they deserved.  That’s not just my thought I am sure as reviewers historically have had nothing but good to say about Plextor SSDs.  They are one of the very few companies that are loyal to their beliefs and this was seen in their ‘Toshiba’ NAND only approach.  Perhaps this is the reason that Toshiba, now KIOXIA, bought Plextor/Lite-On in 2019.  Perhaps Plextor is what KIOXIA envisions as its consumer component.  This would be an ideal move for Plextor, especially since the SSD we are reviewing today is one of the best we have had in hand to date, yet can’t be seen in North America at this time. The Plextor M10P PCIe 4.0 NVMe M.2 SSD. 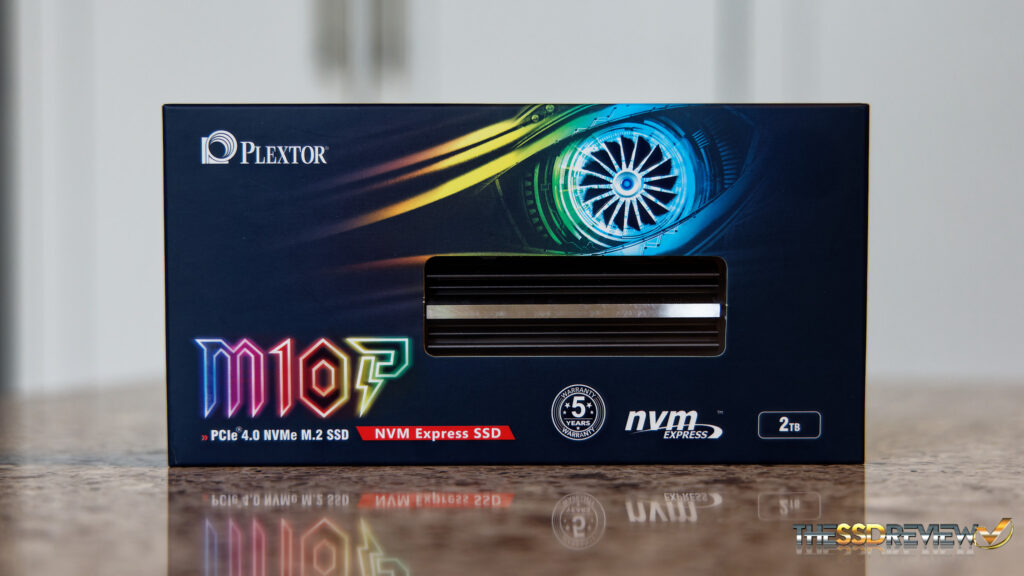 For you SSD junkies, you might find this report a bit interesting.  It is always great to see the success manufacturers are having with the Innogrit IG5236 ‘Ranier’ controller, but this SSD sports a different configuration than others.  Where Innogrit and Microns 176-layer 3D NAND TLC flash memory are making the rounds with everyone else it seems, Plextor remains loyal once again (which really only make sense since the purchase) to KIOXIA BiCS4 96-layer TLC NAND.  The result is some of the best true data and PCMark results we have seen with anything short of the word ‘Optane’ in its name.

Let’s speak to packaging right off as this was probably the freshest approach to packaging an SSD we have seen yet.  The M.2 comes bare (great for piks) with the two piece heatsink that easily accommodates the SSD if needed and simply clicks together.  Go ahead.  Ask me if I have ever toasted an M.2 SSD removing it from its heatsink as the SSD was literally glued to the heatsink during the manufacturing process?  As well, this is a two piece plastic shell eliminating the danger one must endure with those dreaded blister packs.

The M10 is Plextor’s first PCIe 4.0 NVMe SSD release and comes in three versions; the M10P(GN) which is simply a M.2 SSD, the M10P(Y) which is an HHHL RGB AIC card and the M10P(G) that we are reviewing today which includes a heatsink.  It is a 2280 (80mm) form factor SSD using the latest NVMe 1.4 protocol, has performance specs of 7GB/s read and 5GB/s write with up to 650K read and 550K write IOPS. For those of you familiar with the Innogrit controller, you may be thinking these specs are a bit low. Just wait for it!

This is a single sided SSD and the first time we have seen such from a 2TB sample.  Starting from the left, we have two 1TB packages of KIOXIA BiCS 4 96-layer TLC   NAND flash memory.  Next up we have the Innogrit Rainier IG5236 8-channel NVMe controller, followed by two packages of NANYA DDR4 DRAM cache.

Plextor has listed a five year limited warranty for the M10 with endurance ratings of 320TBW (512GB), 640TBW (1TB) and 1280TBW (2TB).  Pricing is not listed although I might keep checking Amazon as you just never know.  Until then, one can always visit the Plextor Online Shops List but still, we are seeing Europe and Asia only. Why deny North America what might be one of the best SSDs available today KIOXIA?

IS THE PLEXTOR M10P LAPTOP CAPABLE?

This question has become more frequent in the PCIe 4.0 laptop world as we starting to realize that it is limited to new Gen4 release portables configured with Gen3 SSDs.  You are getting an SSD that will reach 3.5GB/s speeds tops in a system that should be getting 7GB/s as it is Gen4.  Heat is the culprit for the most part but many portables have limited their Gen4 laptops to PCIe 3.0 connectors. We have explored this within our last few SSD reports and this one is no different.

We completed a disk image and replaced SSDs in our Dell laptop described here.  In testing, we discovered that, without a heatsink, the Plextor M10P will reach highs of 75°C and start to throttle at that point as seen in this ATTO DiskMark Test.  For us, it is pretty simple.  If an SSD can complete our regimen of testing without ‘red-lighting’ Crystal DiskInfo, it’s good to go.